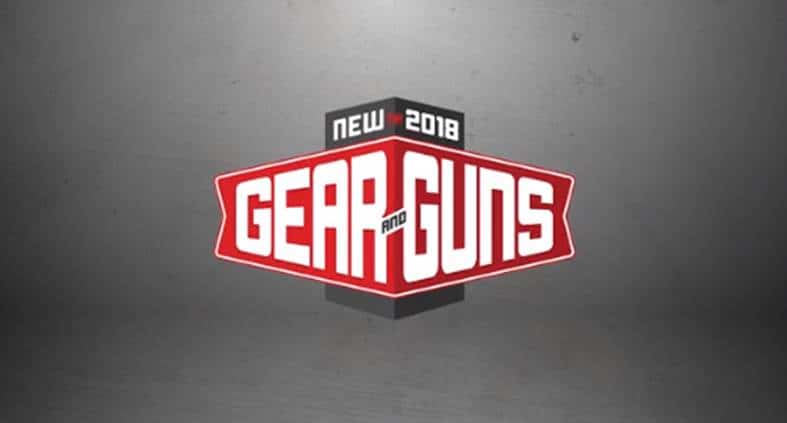 SHOT Show is the premier firearm industry trade event held each January. It consists of 2,000 companies showing their products in a space the size of the Superdome. With over 12 miles of aisle space, it can be tough to take in, in just a few days. Following SHOT are the inevitable “Best Of” lists and I enjoy each of them. But I thought we could take a different angle on this review and simply look at what was cool. Yes, the parameters for what is “cool” are subjective, but I have done my best to assemble a list of interesting products. To the disappointment of many, SHOT Show is not open to the public and as such more people experience it vicariously through friends and the media. So let me take you on a tour of some of the more interesting things I found at SHOT Show.

Watch videos of New Gear and Guns introduced for 2018!

From the makers of the Tavor rifle comes the TS12 Shotgun! It is a gas-operated 12-gauge shotgun with a 15+1 capacity! It uses three rotating magazine tubes that hold five rounds each of 2.75″ shells. It can be configured to eject shells on the left or right side. Coming in at just over 28″, it’s a small package with a ton of firepower. Yes, it looks like a pulse rifle from Aliens and yes it is enjoyable to shoot! A high capacity gas operated shotgun will make anyone’s list!

The SIG 320 has proven to be a very popular pistol and there is only one thing to make it better — the EXO ONE. This is a chassis that holds the 320 and takes it from mild to wild. They explain it as: “The EXO ONE (X01) is a patent-pending multi-caliber exoskeleton for the Sig Sauer P320 Fire Control Unit (FCU) and adjacent firearm components including barrel, slide assembly, and magazine release. This transformation happens in moments without tools and is fully reversible.” Essentially it is a weapon platform that houses a SIG SAUER P320 firearm supplied by the customer and transplanted into the exoskeleton. It converts your pistol into an SPR’ish firearm depending on the brace or stock you use. 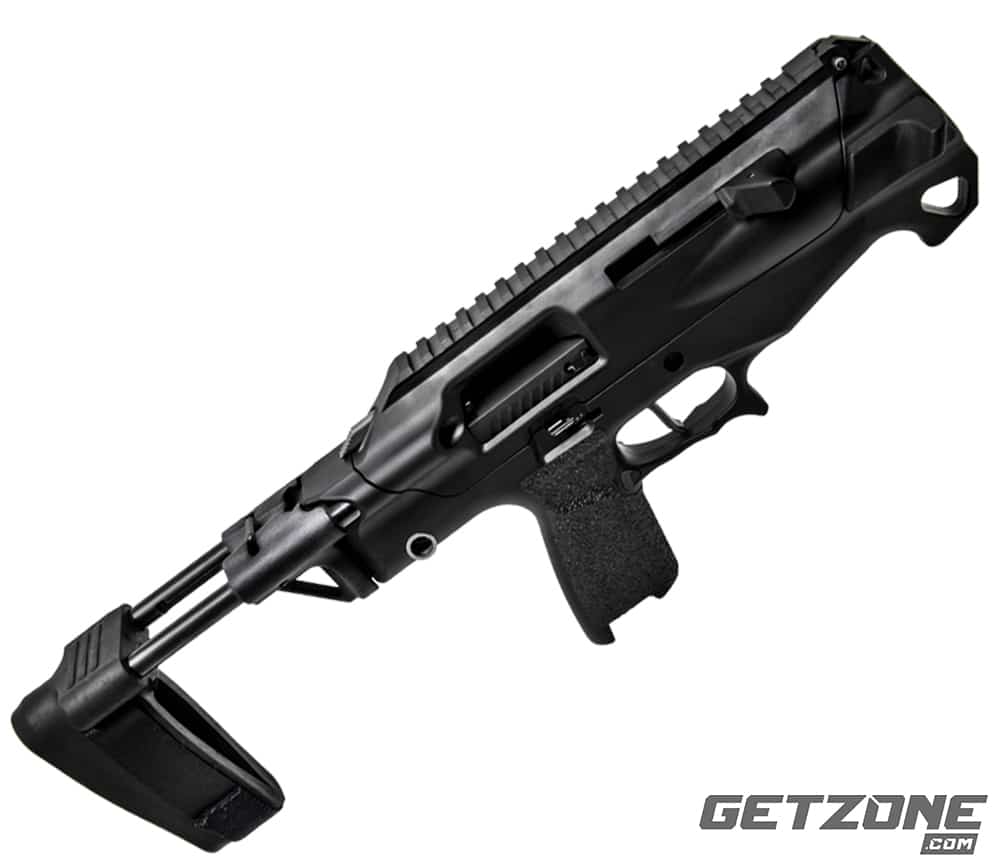 Nighthawk is one of the best at making exceptionally good looking and shooting guns. However, they have outdone themselves with the new Agent 2. This 1911 is a collaboration gun between Nighthawk, Agency Arms, Railscales, and Hillbilly223 Custom Coatings. The end product is a striking pistol with a lightened Recon Rail, faceted slide and slide windows, Agency front and rear cocking serrations, match grade barrel, one piece mainspring housing It also has a Battle Worn Cerakote finish, fiber optic front sight, Railscale G10 Grips, custom trigger, and high cut front strap. Add the magical Nighthawk performance into this mix and you have a gun worthy of our cool list.

Tracer rounds are simply cool. The problem with them is that have a tendency to set everything on fire — a side effect that is frowned upon pretty much everywhere except in a combat zone. Fear not though because Ammo Incorporated has brought a very cool product to market. Say hello to STREAK Visual Ammunition! Unlike conventional tracers, STREAK rounds are NOT an incendiary — they don’t use burning metals to generate light. Replacing fire-hazard burning metals is a non-flammable phosphor material that utilizes the light emitted during the discharging of the round to make STREAK glow. STREAK doesn’t generate heat, making STREAK rounds safe to use in environments where traditional tracers are prohibited and can be a serious fire hazard. The results are game-changing in many aspects for the consumer, law enforcement and military. So yes, you can shoot tracers out of your GLOCK. 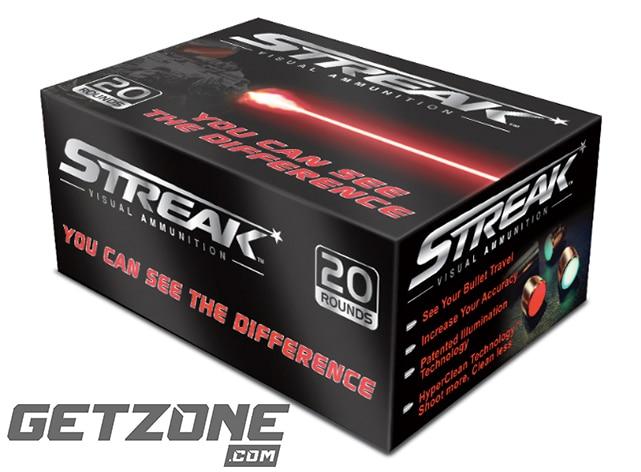 Gun care has never been on anyone’s top ten list of cool things to do. However, a visit to Real Avid during SHOT Show caused me to do a double take on one of their new products. The Bore Boss bore cleaner is a brilliant mix of form and function. This is a self-storing, easy-feeding, clean-pulling, field-ready, hassle-free pure-genius bore cleaner. The single piece cable with integrated phosphor bronze brush and braided mop wraps around the unique Flex-Case Handle to keep the system stowed and organized. To use, simply flip, feed, clip, and pull. Throw it in your pack, or put it in your pocket. It’s the next best thing to a self-cleaning gun. 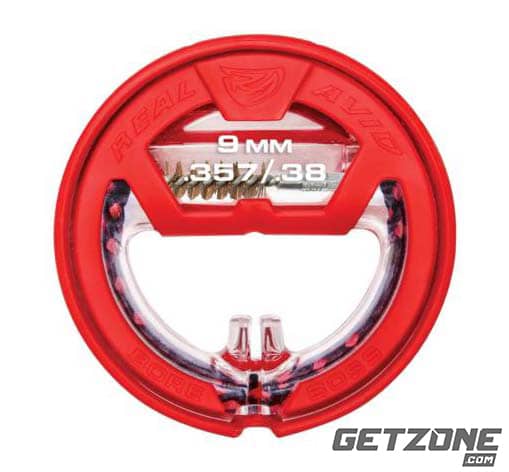 The gun de jour lately has been micro pistol promising us minimal recoil with full-sized power. Rarely has the promise been true. So it was with skepticism that I visited SIG for a range day at SHOT Show. While I am a fan of many of their guns, another subcompact EDC pistol would have to move the stars in order to get my attention. After one magazine through the P365 said stars did indeed move. I found it to be an easy shooting and accurate gun. This 5.8″ long, polymer framed, striker-fired pistol with a 10+1 capacity  (you can purchase a 12 round extended magazine) and weighs less than 18 ounces. Coming in at less than $600 also made me smile. So with that, the P365 has made our list.

So what is cooler than a SCAR? How about a SCAR configured to be a small personal defense weapon (PDW). The new SCAR-P has a new collapsible wire stock with a thick recoil pad allowing it to work well in tight spaces. The gun has a strong application potential inside the Special Operation community as a CQB and vehicle-based gun for quick deployment. Chambered in 5.56 NATO it’s the sexy sister of the full-size SCAR so that puts it on the cool list. 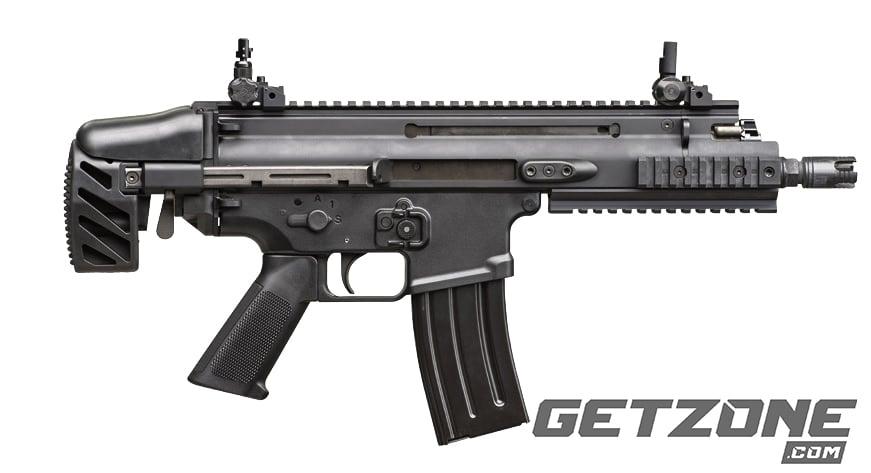 The Mossberg 590 has been a workhorse in military and civilian circles for some time. Just when you think there isn’t much that could be done to make this 12 gauge fight stopper better, Mossberg says, “Hold my beer”. The result is the Mossberg 590M. The world’s first double-stack, 10-round shotgun magazine — optional 5, 10, 15 and 20-round capacity magazines sold as accessories. Standard features of the 590M include non-binding twin action bars; positive steel-to-steel lock-up; anti-jam elevator; dual extractors; anodized aluminum receiver drilled and tapped for convenience of adding optics; heavy-walled barrel; convenient cleanout magazine tube; and universally-recognized, ambidextrous top-mounted safety. With the included 10-round magazine, these 12-gauge 2.75″ pump-actions have a total round capacity of 10+1. How can this not be on the list?

In a “flashback” moment I was in the Caracal booth at SHOT Show looking at the new Enhanced F pistols. While I was browsing yet another collection of 9mm pistols, the sights on one of the guns caught my eye. The sights are called the “Quick Sight System” and they are unique. Essentially the rear sights are pushed forward of the ejection port shirking the sight radius. While at first description it sounds silly, I found them very easy and fast to acquire. In fact, they were easy to run with both eyes open because of their short separation. While they may not be your 50-yard bullseye sights, the sights and the 9mm striker fired gun are worth a closer look. Based on innovation factor, this gun makes our list. 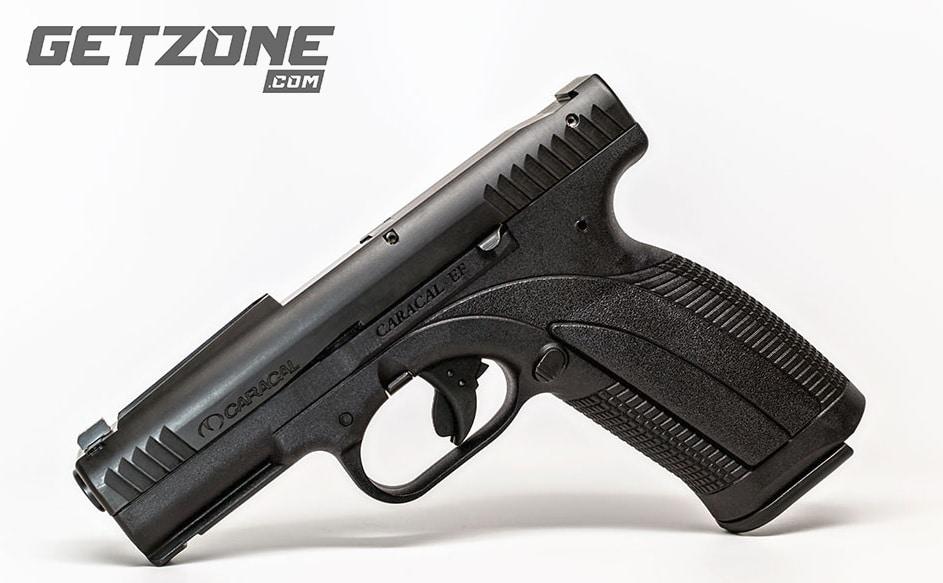 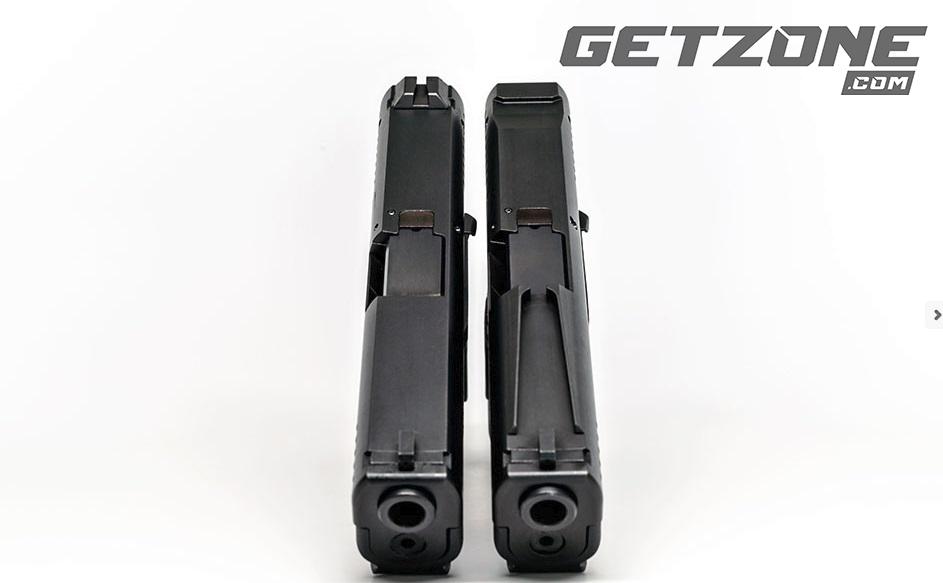 No SHOT Show would be complete without a little HK love. Rounding out our list is the new battle rifle from our German friends. The HK433 is the company’s new rifle being submitted for the German military. It will replace the G36, which is being phased out by 2020. It is a modular and compact assault rifle chambered for 5.56 mm x 45, which combines the strengths and features of the G36 and the HK416 families of assault rifles. It is also capable of being chambered in other rounds such as 300 Blackout and 7.62 NATO. As with many of their other guns its modular design, this new rifle allows it to be configured for a variety of mission applications. A new HK battle rifle — yeah, it makes the list.