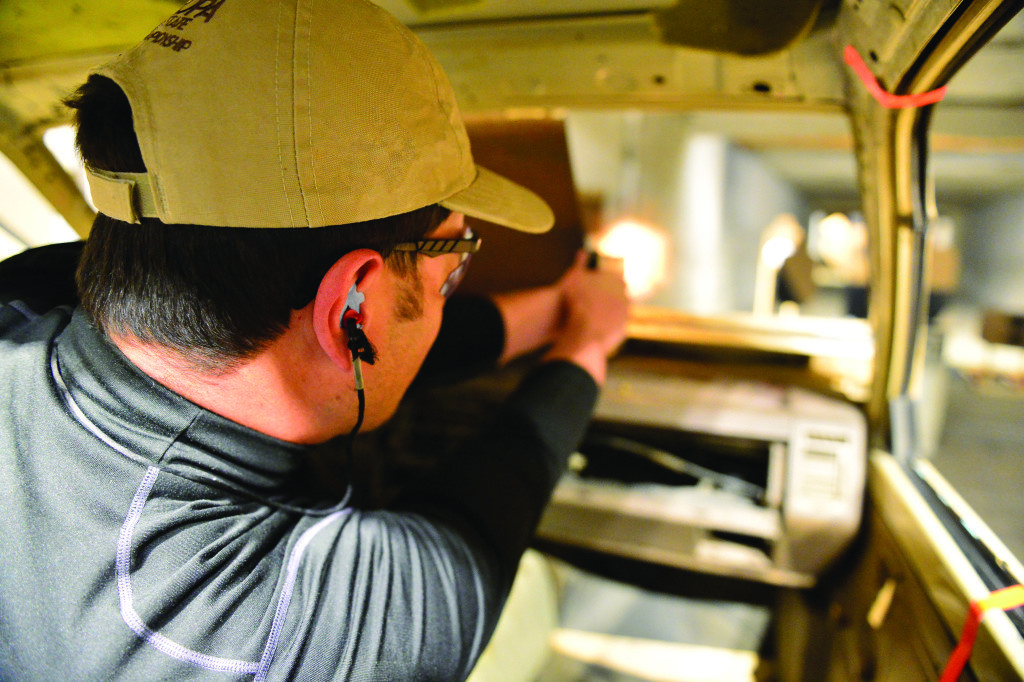 Tucked away in an industrial corner of the North East sits Springfield, Massachusetts. 30 minutes north of Hartford, Connecticut and 3 hours from Boston, Springfield may not seem like much, but for IDPA shooters it’s a required pilgrimage. That’s because Springfield is also home to Smith & Wesson, makers of some of the most popular firearms in the United States. It’s also home to a couple of great annual International Defensive Pistol Association matches, the IDPA Indoor Nationals and now the IDPA Back-Up Gun Nationals as well.

The Indoor Nationals have been a long-standing tradition at Smith & Wesson, and mark one of the two national titles available for IDPA shooters each year. In 2013, IDPA announced the first ever Back-Up Gun Nationals, to be held at the Smith & Wesson Shooting Center. A Back-Up Gun Nationals gives shooters a chance to run the popular, small framed semi-autos and revolvers that make up quite a large number of the carry guns on the market today. 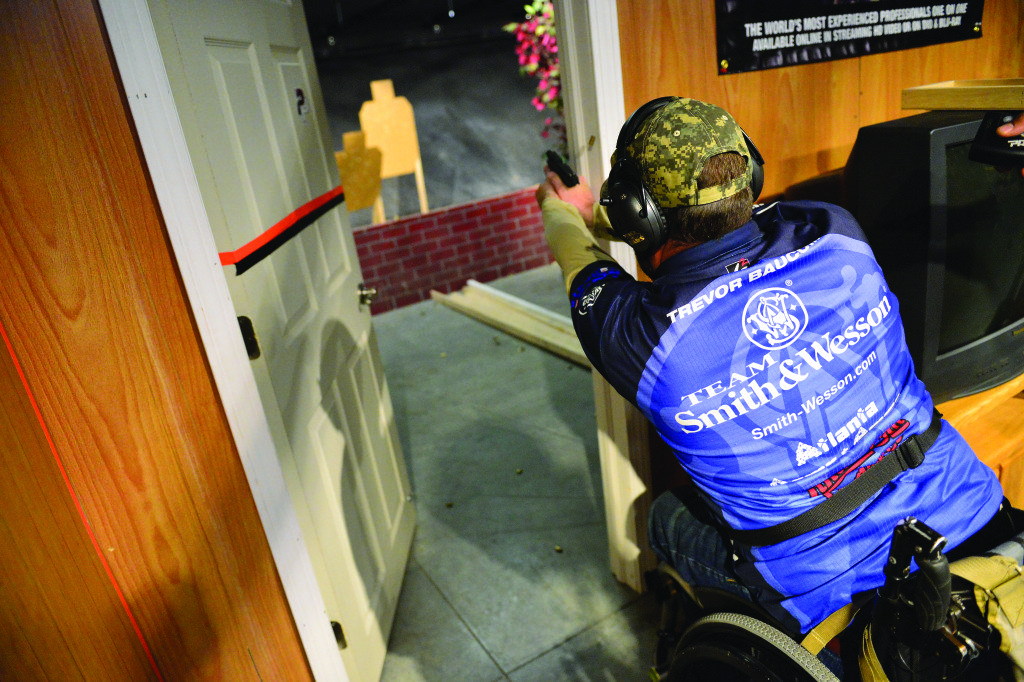 When most people think of a BUG, they think of small guns like the classic J-frame or Ruger LCR. Semi-auto pistols referenced are small .380s and single stack 9mm guns like the M&P Shield. At the BUG Nationals, plenty of shooters took the rules to the limit and shot legal guns like a K-frame with a three-inch barrel, or Springfield XDm 3.8s. However, the majority of shooters chose to shoot actual BUGs, guns that are true to the spirit of the match. The most common gun was the Glock 26, followed by the M&P Shield.

Because of the rules associated with the BUG division, the stage designers had to get creative. Prior to the match, there was a considerable amount of speculation from shooters on how it would be possible to create innovative stages from just five-round strings. As it turns out, the stages were pretty impressive. The stage creators used a good mix of multiple targets and requiring five-shots on one target to create dynamic and challenging shooting problems.

At the BUG Nationals, each of the 13 stages was broken down into multiple strings. Stage 1 was one of the most fun stages, as shooters retrieved their gun from a bread box and engaged a threat through a window. String 2 of Stage 1 had two disappearing targets and required four rounds, but started seated in an easy chair with the world’s biggest remote control. Toss the remote, then engage the two disappearing targets through the door. The final string of Stage 1 started tying your shoes on the bed, then retrieving your gun from the nightstand and engaging one swinging target through a port.

The match proceeded for 12 more stages, some of which where shot in pitch darkness and required the shooters to employ tactical flashlight techniques in order to service all the targets with the required number of rounds. One of the toughest low-light stages was stage 6, which, for string 1, began laying on your back in bed then required the shooter to grab a gun from the nightstand and engage five targets with one round each while staying on the bed. Shooters could roll over on to their stomachs or stay on their side, so long as they remained on the bed. String 2 began sitting up on the bed with a flashlight and gun in hand, the same five targets were shot. The final string was servicing those five targets one more time, this time from across the room in low cover. Three tough strings that forced some difficult shots on the shooters.

Ultimately, it was a tough match. People that were expecting five round “point and squirt” stages were definitely in for a surprise on some of the tough shots on partial targets. This wasn’t a match you could point shoot your way through, and that’s a good thing. It was an excellent opportunity for shooters to get out and see what those little j-frames and small .380s can do when pushed. 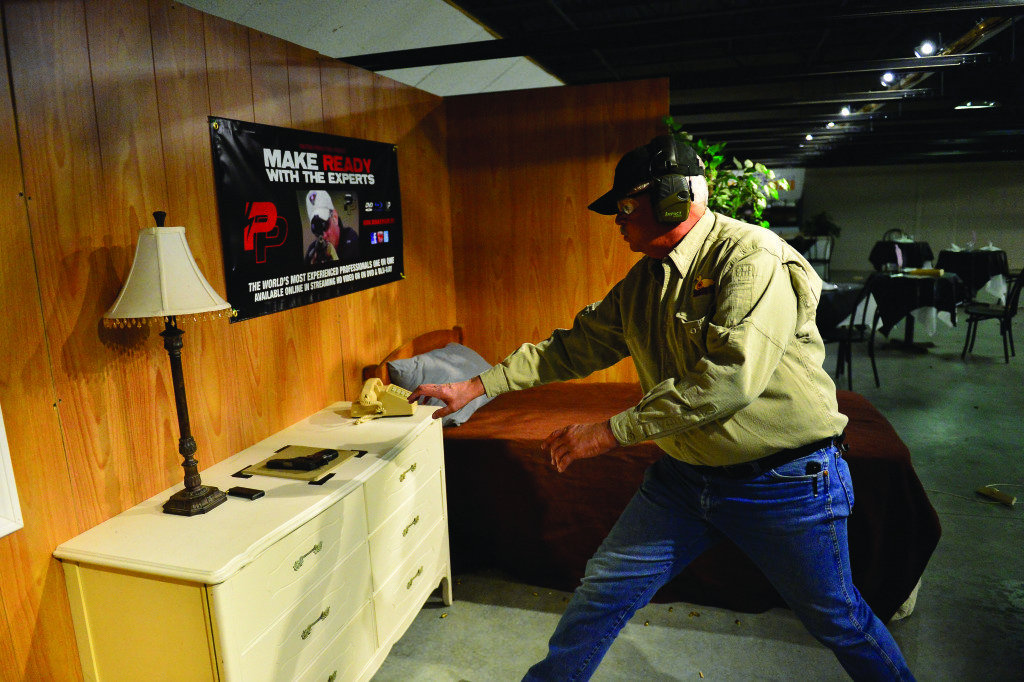 The BUG Nationals divided the shooters into two divisions, Semi-Auto and Revolver. Within that, shooters were divided into their classifications as well. In news that is no surprise to anyone, Jerry Miculek won the Revolver division hands down, and was also the fastest overall shooter at the match. Taking home the Semi-Auto crown is Team Armscor shooter Michael Seeklander, who used a Rock Island three-inch 1911 to complete the match.

Things to Do in Springfield

The great thing about matches in Springfield is that there are actually plenty of activities available in your downtime, as long as you’re interested in guns and history. IDPA hosts an awards banquet for the shooters on the Saturday night following the match, so if you’re sticking around for the match that there are some area points of interest to check out in and around Springfield.

First and foremost for gun nuts is the Springfield Armory, located in the city itself. From the civil war until 1968, the Springfield Armory was the primary supplier of small arms to the United States Army. The Springfield Armory Historical Site is a national historic site that preserves many of the guns made by the armory over the years and provides an interesting look into the history of America’s small arms. You can see unique pieces like the last M1 Garand ever made, or interact with equipment that was used to rifle barrels in the 19th century.

The next stop for firearms enthusiasts requires about 30 minutes of driving, but it’s also a must see. In Hartford, Connecticut shooters will find the famous blue dome of the Colt Armory. Unfortunately for enthusiasts, you can’t actually visit the Armory, despite it being a National Historic Site. Tourists can walk around the outside of the building, but there are no exhibits, tours, or displays to see. Still, the iconic blue dome is worth stopping at, just to say you’ve been there.

Lastly for history buffs, there is the U.S. Coast Guard Museum, located about 45 minutes away in New London, Connecticut on the site of the U.S. Coast Guard Academy. Open to the public, the museum catalogs the history and important artifacts of the nation’s oldest continuously sea-going service. Visitors can view some of the weapons used by the US Coast Guard during its two hundred and twenty-plus year history, as well as models of famous cutters, the carved wood figurehead off USCG Barque Eagle, and many other historic exhibits.

As a bonus attraction for sports fans, Springfield also is home to the Basketball Hall of Fame.

The 2013 IDPA BUG Nationals was the first national match of its kind. Yes, there were bumps, but the excellent match staff handled all those very well. The lasting impression of this match is one of a solid foundation on which to build future matches that will be even better, with more challenging, creative, and fun stages for shooters to run the guns that just don’t fit in any other gun games.

As for Springfield, while on the surface it may appear to be just another industrial North East city, when you dig below a little bit you’ll find the buried treasure of history. We highly recommend that shooters take some time and attend one of the great matches put on by IDPA at the Smith & Wesson Shooting Center, and then to follow that match up with a visit to some of the historic sites in and around Springfield.

Originally published in the January 2014 issue of GunUp the Magazine.