Going to Springfield, Massachusetts in February doesn’t sound like a very exciting trip, does it? Luckily, the 336 people in attendance at the 2014 Smith & Wesson International Defensive Pistol Association Indoor Nationals weren’t heading north for the weather; they went to Massachusetts for one of the best pistol matches of the year. 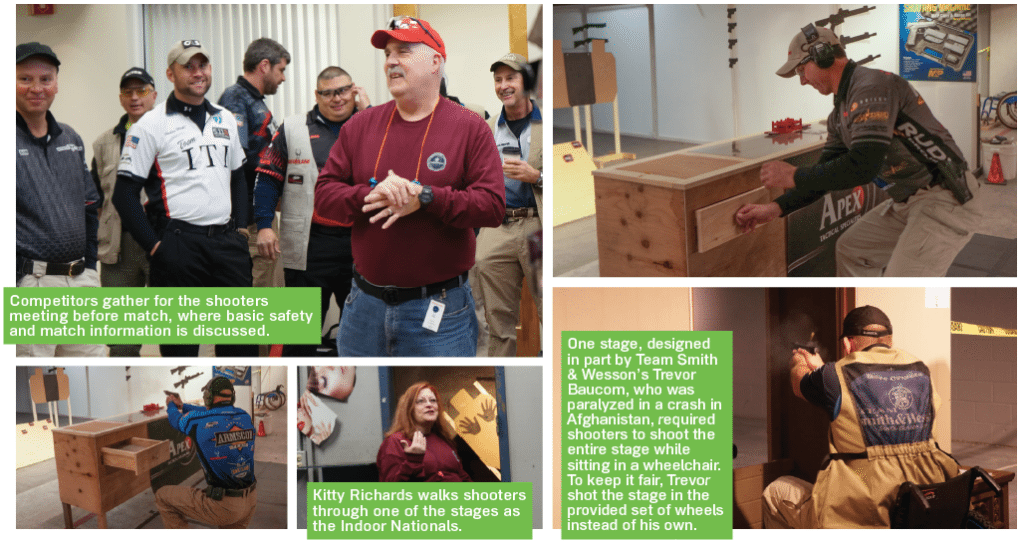 The International Defensive Pistol Association has two National Championship level matches each year: the traditional Nationals, held in September at an outdoor facility, then the Indoor Nationals, held each year at the Smith & Wesson range in Springfield. Since its inception, the match has been sponsored by Smith & Wesson whose resources allow the match staff to create what some regard as the best match on the IDPA schedule.

The 2014 Indoor Nationals also holds the distinction of being the first IDPA National Championship held under the new rulebook. In 2013, IDPA announced a new rulebook, the first major update to the competition rules since 2005. Changes to the rulebook included eliminating the controversial “round dumping” rule, where shooters would be penalized for firing an extra shot in order to facilitate a slide-lock reload. Other changes included a more concrete definition of cover, and the elimination of moving reloads behind cover. Many IDPA shooters wondered what effect the rule changes would have on the final standings.

The first stage that shooters and spectators saw at the 2014 Indoor Nationals was an homage to Shooting U.S.A.’s Mike Irvine, and featured a faux duck blind, complex moving targets, and some great props and scenery. The U.S. Coast Guard Academy Shooting Team, headed up by Chief Warrant Officer Chad Barber, administered this stage. CWO3 Barber is a well-known name in the Northeast IDPA world, and his stages are some of the most complex, challenging, and yet still fun shooting scenarios an IDPA shooter will ever face. The Coast Guard Academy is a fixture at the Indoor Nationals, always bringing their a-game on stage design. You’ll also see cadets shooting the match, getting valuable trigger time and improving their gun handling skills before eventual fleet deployments with America’s oldest continuously sea-going service.

One of the unique aspects of the Indoor Nationals is that it requires the use of a flashlight. Some stages are conducted in low light or no light – use of the light is up to the shooter’s discretion of course. Take GunUp’s word for it though, if you shoot this match you’ll definitely find yourself wanting a light on some of the stages. The 2014 match was no exception, and many shooters considered it to be one of the toughest matches they’d ever shot.

Now boasting a membership of more than 25,000 across 50 different countries, the International Defensive Pistol Association (IDPA) was originally founded in 1996 in response to shooters who wanted a shooting sport that more realistically replicated real-world self-defense scenarios.

Before IDPA was founded, there were no competitions open for shooters who wanted to use common service pistols and concealed carry holsters. IDPA requires shooters to shoot from concealment, perform tactical reloads, and utilize cover.

For shooters wanting to get into the shooting sports, IDPA is an excellent option. It requires relatively little equipment, and is a space where stock guns and simple holsters can be competitive. It also has very structured courses of fire, eliminating confusion for less experienced shooters who already have a lot to think about during competition. 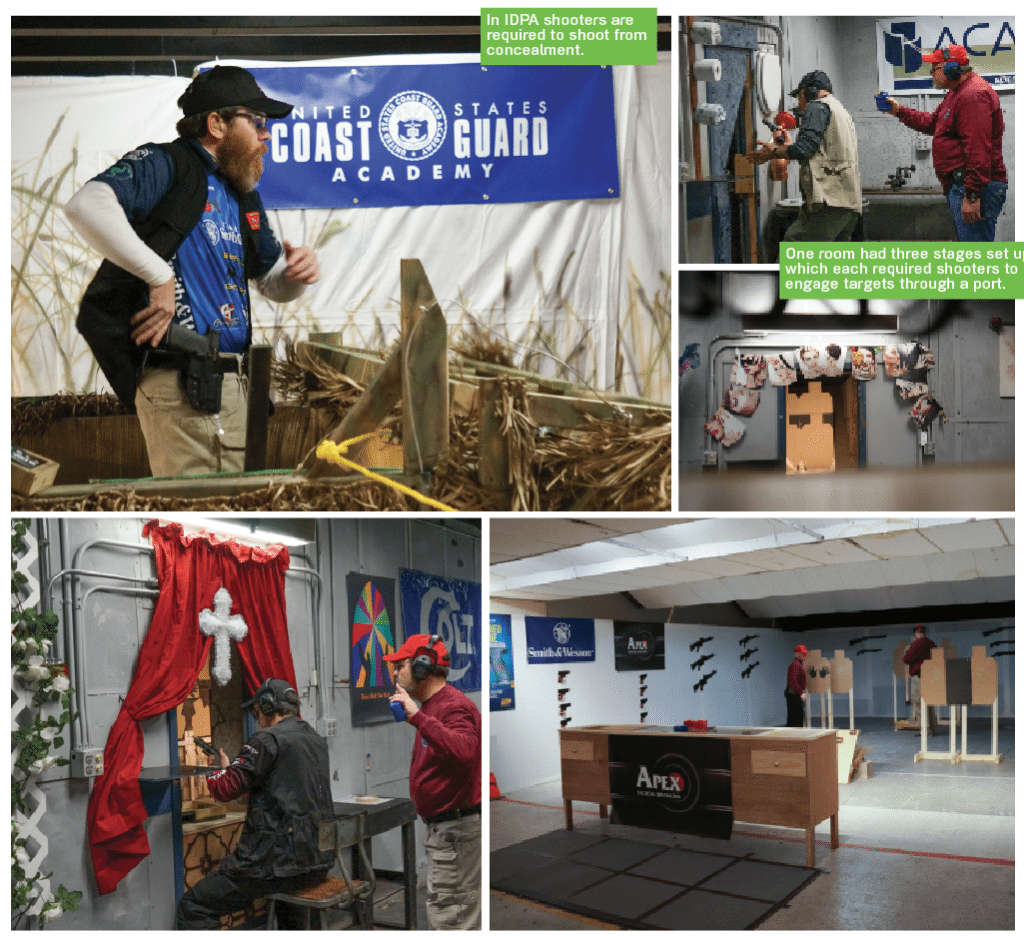 Find an IDPA club near you at IDPA.com.

By Caleb Giddings. Originally published in the May 2014 issue of GunUp the Magazine.