There are plenty of reasons to go camping in winter and several sites still open that are well worth a visit across the pond. Here’s 7 of Cool Camping’s favorite camping sites in England to visit later in the year. They also have a collection of camping sites open all year that you can check out.

First opened in 2009 and home to just two glamping pods, Mulino Lodge in the Peak District is an excellent year-round option for those who love the outdoors. To its north the mighty mountains of the National Park rise, while special facilities like a dressing area with hair dryer facilities and an outdoor wash area for bikes, dogs and boots make it as practical as it is luxurious. 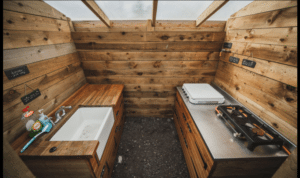 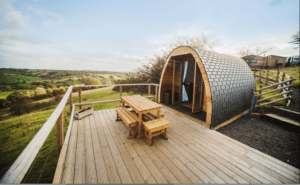 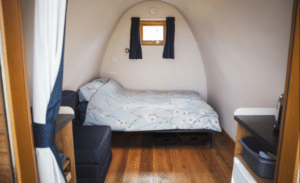 Despite the name of the site, winter sees Amber’s Bell Tents packed away and only a shepherds’ hut remaining. Alas, misnomer aside, this convivial hideaway in the grounds of a North Norfolk manor is a perfect spot to keep warm in the cooler months. There’s a wood burner, cooking facilities and a plush double bed, plus the space normally used by all campers is now entirely for you. 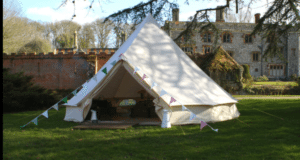 In the heart of East Sussex, Blackberry Wood is a long-standing Cool Camping favourite and a well-established campsite, but its off-shoot of glamping offerings are quirky to say the least. Among them is a full-size chopper, complete with rotor blades, which sleeps four and comes with central heating. The converted 1965 Wessex Search and Rescue helicopter comes with an outside kitchen area and toilet and shower units 50 metres away. 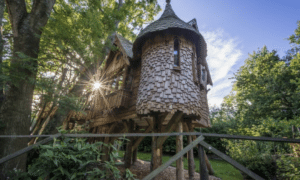 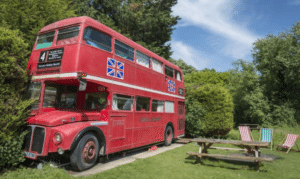 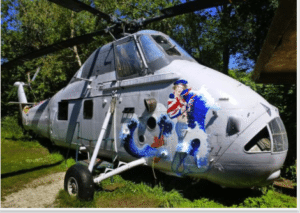 A campsite that caters for everyone, Kingsmead Centre somehow manages to offer the luxury of glamping, alongside off-grid camping and hard standing electric spaces for caravans. Divided into a top and bottom field, the seven sloping acres of heathy meadow boast excellently varied pitch types along with a glitzy showman’s caravan and a spectacular yurt in its own woodland glade.

With traditional camping, plus bundles of outdoor activities, Whitlingham Broad is an oddly rural feeling site given its proximity to the historic county capital of Norwich. Situated on an 80 acre Country Park, this is both a gateway to the Broads as well as a city-escape basecamp. There’s also a couple of cosy shepherds’ huts, with views overlooking the lake – perfect for this time of year. 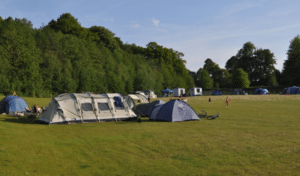 Glamping West Midlands lies in the stately grounds of the grand Mere Hall with the sights and sounds of rampant wildlife filling the reinvigorating country air setting the scene perfectly for an relaxing glamping getaway. The beautifully crafted twin Mongolian yurts which call this site home are kitted out with comfort in mind and a wood burning stove to keep you warm in the colder months. 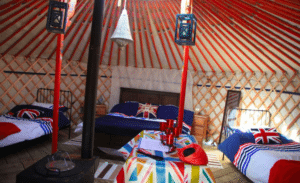 Quiet, independent and welcoming, Irongorge Camping is a family run spot with excellent views over Wrekin Hill. In total there are 12 grassy pitches (despite the whopping 14 acres of space) with a restriction to just tents giving it a thoroughly laid-back, traditional vibe. A pair of timber glamping pods are the exception to the tents-only rule, the first sleeping up to two and the second sleeping up to four. 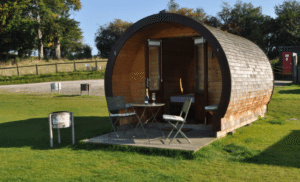 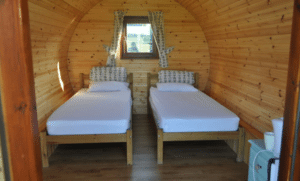 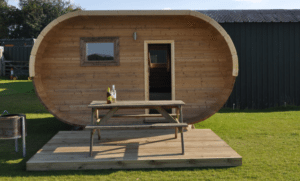 In this detailed video, YouTuber Nate Murphy shows us how to transform a used van into a fully-funtional, off-grid camper in just over two weeks.  It definitely involves a lot of skill and patience, but in the end the camper is fully equipped to take Nate anywhere he wants to go. Related Stories: Ingenious water...

There are plenty of reasons to go camping in winter and several sites still open that are well worth a visit across the pond. Here’s 7 of Cool Camping’s favorite camping sites in England to visit later in the year. They also have a collection of camping sites open all year that you can check out. mulino...

It may not be the most beautiful mountain lodge in the world, but it’s free and its got a lot of character. One outdoorsman unveils his homemade cabin built entirely from free materials. If you’ve got access to pallets, there’s almost nothing you can’t do. Watch how he did it and more in the video...

When the Special Forces guys at ReadyMan get together and start to reflect on experiences from one of the toughest survival survival schools in the world, innovation comes to life!  There is talk of hard lessons learned that only SERE (Survive, Evade, Resist, Escape) school provides, and the gear that could have made food previously...