GetZone | Revolver | How to Accessorizing Your Rifle
2nd Amendment

How to Accessorizing Your Rifle 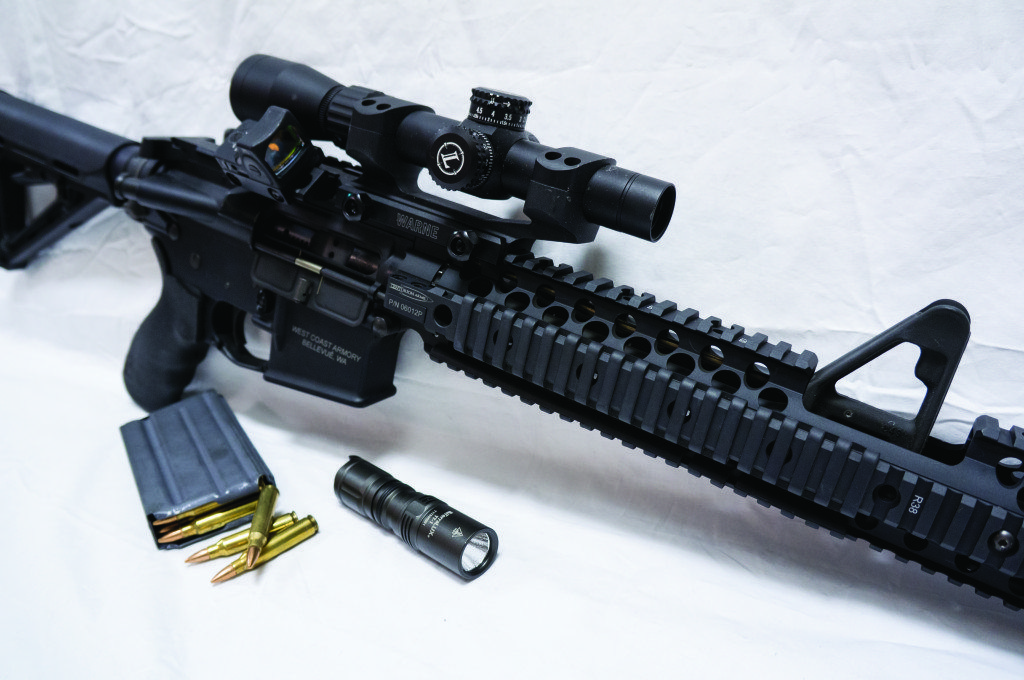 The first thing that you need to ask yourself before purchasing any rifle accessory is, “What will I use this rifle for?”

Rifles, generally, fall into two categories. The first category we’re going to talk about is the hobby gun. The hobby guns are the weapons we own that sit in our safe unless we feel like taking them out to the range to help us turn money into smoke and loud noise. They’re strictly tools that help us satisfy our hobby.

The working rifle, on the other hand, is just that: a rifle that serves a specific purpose, one that we do work with. These rifles can be anything from a Remington 700 used for deer to a Colt 6920 used for personal protection. The common theme here is that a working rifle needs to work any time that it is called upon to do so.

The main difference between the two is the consequences of what happens if they don’t work the way they’re supposed to. A malfunction on the range often has no consequences whatsoever other than an elevation in blood pressure and perhaps a few more quarters into the swear jar. Hobby guns can flourish here because if it doesn’t work, so what? The flipside of that coin is what happens if you’re forced to use a hobby gun in a defensive situation and it doesn’t work?

The working gun needs to work to its intended purpose every time because there are direct consequences if it doesn’t. Whether that’s a poor shot on an animal with a work gun utilized for hunting, or a violent criminal attacker seriously injuring or killing you if your personal protection work gun doesn’t work, you potentially have problems.

Once you’ve designated the gun’s intended use, go into further detail. Think about the things the gun would need to do if used for its intended purpose, but additionally think about what it doesn’t have to do. If you’re setting up an AR-15 for home defense, a relatively short-range shot, you can probably leave the high-magnification optic and bipod off of the rifle. On the other hand, if you want to hunt ground rodents out to 1,000 yards, the 20x scope and heavy-duty bipod are something you may want to consider.

There is one more important thing to consider when selecting rifle accessories: Less is more. 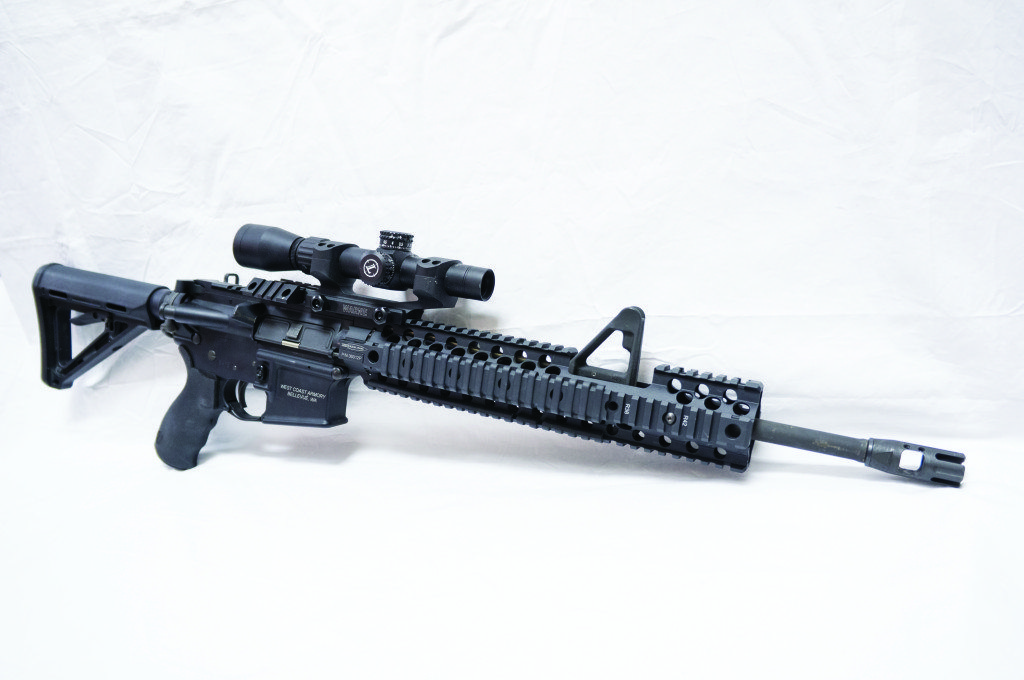 That’s the secret, the great big one that took me a lot of time, effort, and money to discover. For a personal protection gun there are only two things that need to be present on the rifle: a way to identify your target, and then a way to hit it. While that seems like an oversimplification to many, it is really what it boils down to. You can then expand upon that general concept, which is fine to an extent, but it’s also possible to hop too far down that rabbit hole and end up lost drinking tea with an odd fellow in a strange hat.

My 11.5” Knight’s Armament has three accessories total aside from furniture (stock and grip) preferences. The first and most important is a white light used for positive target identification. Because I wanted a small and relatively low profile setup, I chose a Surefire Mini-Scout light in a Gear Sector mount. This light has a push-button tail cap, and is set up so that I can activate it with my non-dominant thumb when I assume a firing stance.

The second accessory, an Aimpoint two-MOA H1 micro red-dot sight set up in an absolute co-witness, meaning the dot and the iron sights are the same point of aim in a throw-lever mount. Once again wanting to keep weight down, I decided to go with the micro red-dot in a mount that was easy and tool-less to remove if the optic becomes damaged or inoperable. Additionally, with the weapon being setup as a home-defense or general-purpose rifle, I didn’t feel the need for any magnification on my optic. The longest shot I can envision taking in my locale is at most 200 yards, which is easy with the two-MOA Aimpoint.

The last thing accessory is a BlueForce Gear two-point sling. I wanted a way to be able to use my hands if necessary, to open doors or turn on light switches, without losing control of the rifle completely. I chose a two-point sling because in addition to being able to let the weapon hang, I can also use it to improve my accuracy by using it as a brace for longer-range shots.

The last thing to remember is to buy quality equipment the first time. Cheap things break, and while it may not matter that much on a hobby gun, on a working gun the stakes are higher. Do research; read reviews from trusted sources such as GunUp the Magazine, and most importantly don’t waste your money buying junk over and over again.

Having a light on your rifle is especially important when building a defensive gun. At night, and in low light situations, it is still important to be able to identify a target before engaging it. There are two characteristics to look at in a flashlight: weight and lumens.

Since you are mounting the light on a rifle you’ll want it to be very light. Ounces add up when accessorizing the rifle, which is a big part of why “less is more.” You don’t want to sacrifice weight for quality, though. A good light will be able to stand up to being mounted on the front of a rifle, without dragging the muzzle down.

Lumens, which measure how bright a light is, are more debatable and often a personal preference. While some subscribe to the “more is better” mindset when it comes to illumination, however at a certain point it can become difficult to see in the dark. Luckily there are lights that have multiple settings that will allow you to adjust the brightness depending on the situation.

There are several different types of optics depending on a rifle’s use. For a home-defense rifle, a non-magnification optic makes the most sense. When set up correctly, these will cowitness with the existing iron sights on your gun, but create a more reflexive sighting system that is easily visible in low light settings.

Magnified optics are more sensible on hunting or long-range rifles. They allow the shooter to better see what they are shooting at and where their bullet is likely to land. Many optics allow for several different magnification settings, shooters will have to adjust their hold depending on how far away their target is.

Related Stories: Have some excess para-cord laying around? Use it to whip yourself up this DIY rifle sling instead.

Rifle slings are useful for competition and home-defense, since they allow the user to leave the rifle hanging or more easily carry it one handed. This leaves a hand open to use a flashlight or open a door.

By John Johnston. Originally published in the May 2014 issue of GunUp the Magazine.