School shooting prevented by good guy with a gun!

“All of a sudden, we saw someone come in the new gym lobby doors, and we heard this pop! Pop! Pop!,” another student, Kylie Shaw, told Sauk Valley Media. “We just thought it was firecrackers, then we saw pieces of the ceiling coming down.”

School Resource Officer Mark Dallas confronted Milby, who then took off on foot from the school. Officer Dallas heroically went in pursuit even while Milby fired several rounds in his direction. 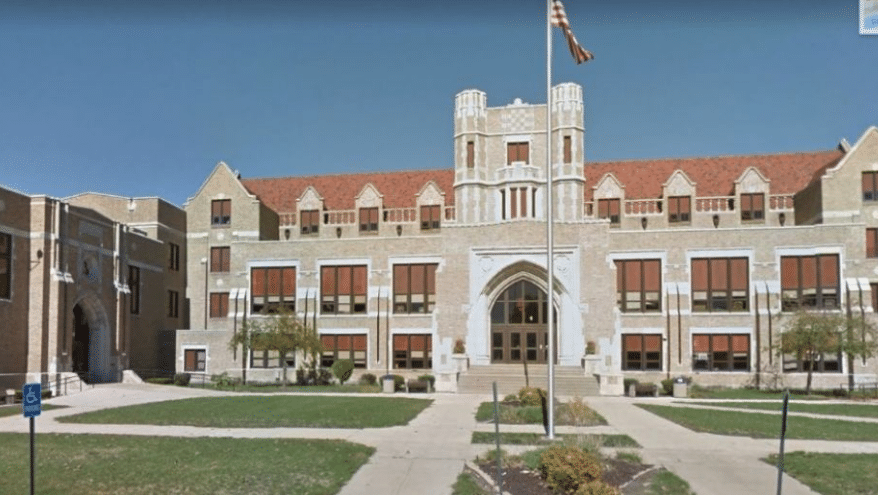 Milby was taken to a local hospital for treatment for the non-life threatening gunshot wound.

Authorities said that the Dixon students had participated in active shooter drills in the past and that they reacted exactly as they had been trained to do in such a situation, the Chicago Tribune reported.

“A lot of things went right today and many things could have gone wrong,” Dixon Mayor Liandro Arellano Jr. said during a press conference, according to The Sacramento Bee.

Dixon Police Chief Steven Howell credited Officer Dallas for his quick response and said things may have turned out much differently if the officer hadn’t been present.

“Because of his heroic actions, countless lives were saved,” the chief said. “We are forever indebted to him for his service and his bravery.”

City Manager Danny Langloss, whose daughter was among the students in the gym, said that the community was “lucky” to have Officer Dallas at the school.

“His brave actions save a lot of lives,” Langloss told Sauk Valley Media.

Thankfully no one else was injured in the attack.

According to WGN, a woman identified herself as the Matt Milby’s mother and had this to say: “My son has been very, very sad for a long time.” She went on to say that her son had been bullied, assaulted, and ostracized when he attended the school. “There’s been a lot of hurtful things done to my kid.” She also denied that her son was expelled from the Dixon High School and that he was working on an independent academic program through the principal’s office.

She went on to said that they did not keep firearms in her home, and she had no knowledge of how he might have obtained a weapon.

Brandon Stehl, who was present in the gym at the time of the shooting, said he used to be friends with the gunman, who he described as “hot-headed and reckless.”

“I’ve never known him to be an evil person,” Stehl told WMAQ. “He was never bullied, and never bullied others.”

What are your thoughts on why the mass media hasn’t reported this story and this heroic hero, or the Great Mills High School Hero: Sheriff Tim Cameron, as broadly as news stories that have mass casualties?