GetZone » Featured » Ammo 101 for First-Time Gun Owners – Karen Hunter
Ammo 101 for First-Time Gun Owners – Karen Hunter As shooters, especially newer shooters, we spend a lot of time when it comes to choosing a firearm. Most of the time ammunition can almost seem to be an afterthought but understanding it is actually very important for several reasons. Whether it’s for defensive shooting or hunting purposes, understanding ammunition needs to become just as […]

As shooters, especially newer shooters, we spend a lot of time when it comes to choosing a firearm. Most of the time ammunition can almost seem to be an afterthought but understanding it is actually very important for several reasons. Whether it’s for defensive shooting or hunting purposes, understanding ammunition needs to become just as important as comprehension of the firearm.

Training ammo, often referred to as “ball ammo” is what we should be utilizing for training. Ball ammo has a rounded “ball” type tip. This ammunition is generally less expensive and great for live fire training. It should never be utilized for a defensive round as this ammo can ultimately travel through the threat hitting someone else. While this ammunition can most certainly take a life, it does not have quite the same stopping power or tissue damage that you get from personal protection rounds. 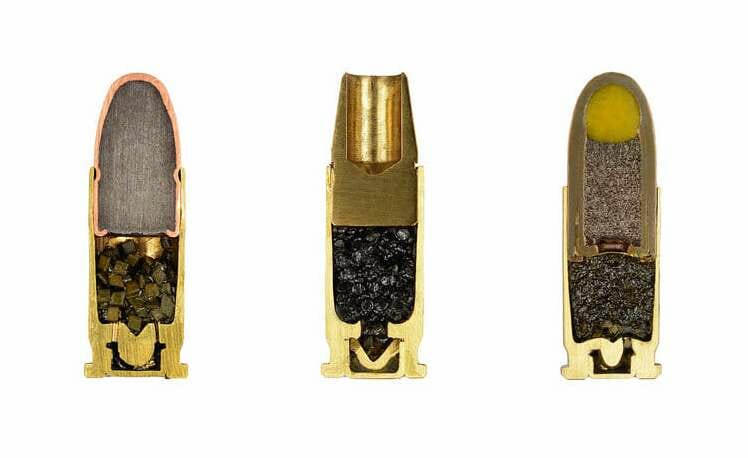 The ammunition you purchase for your firearm is obviously dependent on what the firearm it’s chambered in. To some people the numbers related to ammunition can be confusing. This is a very important aspect to understand as some ammunition will fit into a firearm it is not intended for leaving some disastrous results. This is why it is important to keep your ammunition organized when storing it.  The number that most people have questions about is the caliber of the round. This determines what gun the round will fire in and is important to know as you need to fire only that designated ammo in your gun. All gun barrels typically have the caliber of the gun engraved showing which ammunition to use. In the video we discussed .22lr, .380 auto, 9mm, .45 ACP, 10mm, .38 Special, .357 Magnum, .223, .300 Blackout, .380 WIN and .300 Winmag. The number following the decimal refers to the diameter of the bullet. So, for example .45 ACP is .45 of an inch in diameter. Ammunition such as 9mm or 10mm is the same thing but simply measured in mm as opposed to inches. 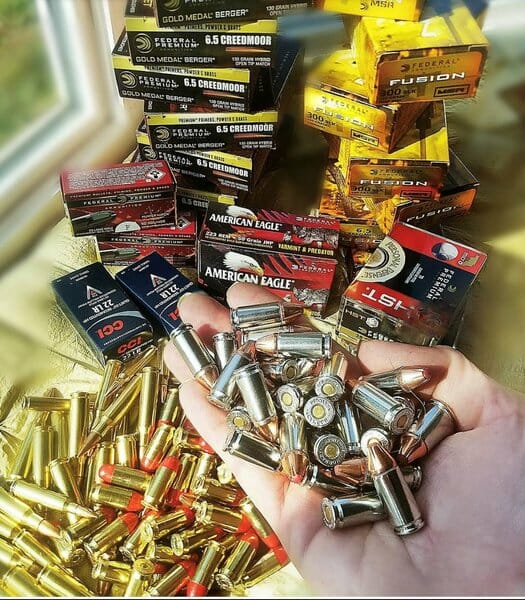 Understanding what ammunition consists of is important as well. Many people, especially newer shooters may not understand the terms bullet, round or brass. Some people refer to ammo in its entirety as a bullet. This is incorrect as the entire entity is not the bullet. The correct term is Round, and a round consists of several parts. First is the actual bullet. This is generally a lead projectile wrapped in a copper jacket.  It is seated firmly into the case. This is the “shell” that houses everything. The case is generally brass but can also be made from aluminum or steel. At the rear of the case we have the primer. This is the device that ignites the powder when struck by the firing pin or hammer of the gun. The last component is the powder. While generally referred to as “gun powder” it can be a variety of propellants that produce gas when ignited and in turn launch the round down the barrel. The housing or “brass” case is then ejected from the firearm.

Choosing ammunition can seem very overwhelming with so many different options available. This can seem quite overwhelming, but it doesn’t have to be. Learn what ammunition needs you have per your personal firearms and focus on that. Remember to always ask questions if needed. The more you know, the better prepared you’ll be to make good ammunition choices and also gain confidence in your firearm and ammunition knowledge.