An Endless Clash with Mother Nature 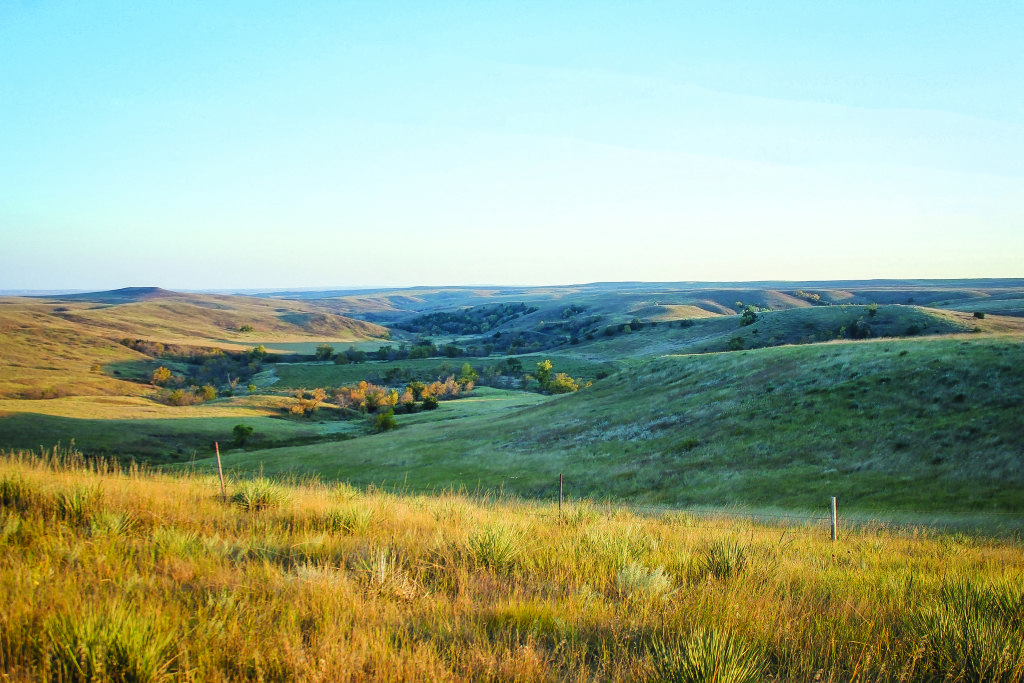 Throughout the month I have been struggling with writing this article. The idea of a showdown and what it really means. First I kept thinking about some of my favorite movies like the Rocky Balboa series, Karate Kid and other action packed motivational movies. How the main character has to train to their limits to overcome an exhausting amount of adversity. A commonality many of these movies share is the main character always has a nemesis. In Rocky I always think about the Russian boxer, “Ivan Drago”, and in Karate Kid, “Jonny Lawrence”. Both characters are fighters, both bad guys, and both willing to cheat to win. The entire story line is a build up to a showdown at the end of movie, typically a one and done fight.

It’s the day before the deadline of this article I am sitting in a blind on top of a stubble field overlooking a large canyon. It’s my third day archery hunting whitetail in central South Dakota. A group of bucks have been bedding to my west three quarters of a mile and have been moving up the valley near my blind to eat on the fine green grasses left under the stubble. The temperature was sitting at 70 degrees at 4:00 pm but now has dropped 21 degrees to a brisk 49. With that, a storm front has slid in from the west and it has been raining more than steadily for 45 minutes. Water droplets are starting to hit the bill of my hat as the integrity of my blind is starting to deteriorate. I look over at my cameraman and notice a slight worry on his face, as he looks his camera over and over again for water. It finally strikes me, the showdown! I am in a showdown every time I go out hunting, every time I step in the gym to train, every time I prepare my meals to fuel my body properly. I am in a showdown against Mother Nature. It’s my business; it’s what I prepare for, it has been right in front of me this entire time.

Mother Nature is consistently changing her challenges and bringing her worst to make a hunt demanding. I am still sitting here in my blind, underdressed and damp from the constant beads of water dripping down my hat, but I don’t care, I can’t stop thinking about all the challenges, adversity and struggles I have gone face-to-face with over the past year. The flooding we faced down in New Mexico last September elk hunting, over 14 inches of rain on our first two days hunting made trekking the Southern New Mexico mountains less than desirable, but we kept persistent and harvested at the end of the second day. A late spring snow storm in South Dakota in 2013 crushed the pheasant populations in many areas, the hunting suffered, but we put in our miles of walking thick cover to take home a few prized birds to cook for our family. And our late season doe hunt in January 2014 where again Mother Nature threw 50+-plus mile per hour winds with negative temperatures at us on the only two days we had to hunt. Mental strength again carried us through as we harvested a mature doe in the worst weather I have ever hunted in. Finally an ice fishing adventure in northeast South Dakota left us almost stranded on a lake when a massive blizzard swept over the state. Once again, I sit here in a blind, in what most people would consider less than desirable weather, but I don’t care, because I realize all of those hunts are my favorite memories. The hunts that challenged me physically, the hunts that put a toll on me mentally, these hunts made me stronger; they have molded me to become a better person. The challenging hunts give me something to look back and reflect upon like I am doing now. They are becoming part of my journey, a process needed for each of us to grow spiritually. A showdown that won’t be one and done.

I am sitting here in a blind, in the rain, on the third day of my South Dakota archery deer season, in a showdown, an endless clash with Mother Nature.

By Jordan Miller. Originally published in the November 2014 issue of GunUp the Magazine.