Antlers: Here’s what you didn’t know 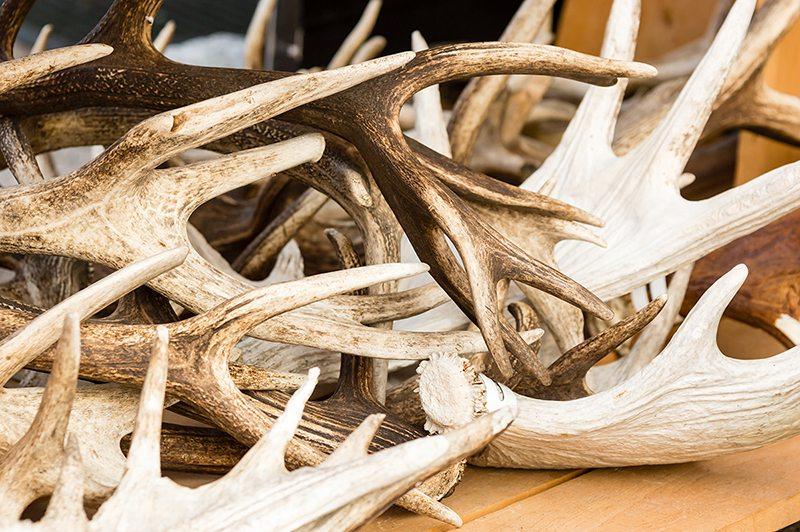 Did you know antlers are the fastest growing mammal bone?

Antlers are a fascinating part of nature. They’ve been used by people to make tools, weapons, toys, and ornaments throughout history. Antlers are grown annually by male deer in the cervidae family (moose, elk, reindeer, and more). Antler has been used for thousands of years as a main ingredient in traditional Chinese medicine (TCM), it is prescribed by a doctor to treat patients with yang deficiency syndrome (it’s arguably one of the most essential components of TCM). The first known medical use of velvet deer antler was documented in 168 B.C.. During mating season, deer will use their antlers to fight other male deer for the attention of female deer. There are many misconceptions about antlers. People often call them “horns,” but there’s a big difference between the two.

Antlers vs. Horns
It’s understandable and common for someone to confuse horns with antlers, and vice versa. Both antlers and horns can be used for protection, however, there are several key differences.

How Antlers Grow
Antlers are grown and shed annually. They grow faster than any other mammal bone, sometimes at a rate of ¼ inch per day. Deer will grow their first set of antlers by the time they turn one year old. They start growing in April and are fully grown by August (months can vary depending on location). Antlers are extensions of the skull and grow from an attachment point called pedicle. When antlers first begin to grow they are made of cartilage and covered in velvet. Velvet is a fuzzy layer comprised of blood vessels, skin, nerves, and cartilage, which supplies oxygen and nutrients to the growing bone. Antlers are soft during growth and harden when they’re finished growing. When the antler is done growing, the velvet dies and is removed by various actions. Age, nutrition and genetics determine the size of antlers. An injury to a deer can also cause a distinct difference in how the antlers appear. According to the Rockingham-Harrisonburg Chapter of the Izaak Walton League of America, for some [unknown] reason, after a buck has a serious injury to a hind limb, it will cause the opposite antler to be abnormal and stunted. This stunting effect will persist even after the hind leg heals.

How Antlers Shed
Many people collect various types of antlers that have been shed. Antlers are shed after rut due to a drop in testosterone levels. When testosterone levels drop, the tissue and bone at the pedicle weaken. Injured and weaker deer will shed their antlers before healthier, stronger deer. Deer are in no discomfort when they shed their antlers. Shed antlers act as a source of calcium and other minerals for small animals.

Did you know antlers are the fastest growing mammal bone? Antlers are a fascinating part of nature. They’ve been used by people to make tools, weapons, toys, and ornaments throughout history. Antlers are grown annually by male deer in the cervidae family (moose, elk, reindeer, and more). Antler has been used for thousands of years […]

Like any sporting professionals, archers have their own quirks and superstitions which they’ll tell you make all the difference between a bullseye and a balk. While not all techniques will work for everyone, most archery aficionados agree that there are a handful of blunders most amateur archers make which keep them off their target. We gathered […]

A wildlife park or sanctuary gives animals the opportunity to roam and flourish, whereas, a zoo has cages and less space. Visitors to wildlife parks are able to view wildlife that is natural to that land. Watching wildlife in its natural habit is extraordinary. There are many parks people can visit across North America where […]

Hunting is a sport, it’s a great way to get outdoors, it can be a bonding experience for a parent and child, but it’s also a way to put meat on the table. This historically has arguably been the most important result from the hunt. It provided humans the very sustenance and the nutrition they […]

The Volquartsen VT2 is based on the Ruger 1022 Action, but it comes in 22 Magnum, and you can also get it in 17 HMR. It is a takedown rifle, it is a quick change rifle—and you can change these barrels out really simply: you just press a button, pull down on the lever, the […]