Shooting at long distances will no doubt make your shorter shots seem easier. When it comes to long-distance shooting, I recommend practicing shooting at least 50 yards out. That way when you come into realistic shooting distances for actual bowhunting, which are hopefully in the 20-30 yard range, they’ll seem that much easier.

Another reason for practicing at longer ranges is that it will expose small flaws in your shooting form. A little tweak or just a slight pull of the bow will result in a much worse shot. You can pick up on little mistakes much easier when shooting at long distances. Overall, by practicing at distances longer than you might ever actually shoot a deer, you’ll become a better shot for those more realistic shooting distances. 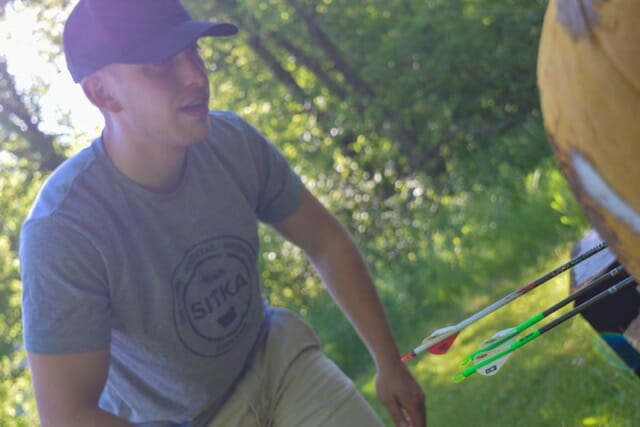 At the Ranch: Summer Archery Practice for Deer Hunting

At the Ranch – Whitetail: Executing a Shot Opportunity

At the Ranch – Whitetail: Dressing for Cold Weather

Watch More Original Hunting Series from GetZone.com: In the Hunt, In the Hunt Season 3

Back down south for another hunt and this time, putting the Swagger Bipod to work on a crossbow. Of course, Swagger is obviously made for guns, but on this crossbow it’s an unreal, perfect setup. In the previous year’s hunt, the team had spent an awful lot of time in the blind this time last...

I’m here in Nebraska right now bowhunting, and I’m just going to kind of breakdown my archery setup with what I’m using, why I’m using it, why I like it and everything like that. We’re going to start off with the bow, which is the Mathews VXR. I think it’s a year old model from...