At the Ranch - Turkey

TURKEY HUNTING: The Differences Between a Jake and a Tom

One of the most important things you need to know about turkey hunting is how to differentiate a Jake from a tom.

While Jakes and Toms are both male birds, their ages separate the two. Jakes are one-year-old turkeys and Toms are at least two years old.

It’s important to know the difference, as in some states, you can’t shoot Jakes legally. Fortunately, there are a few key identifiers to help you differentiate the two. The first thing you can look at is their tail fan.

While a Tom’s tail fan is completely full, the middle fingers on a Jake’s tail fan will be longer.

Another way to differentiate the two is by their beards which are actually a cluster of wiry black feathers that grow from the center of their chest. A Tom, sometimes referred to as a “Longbeard”, has a much longer beard than a Jake. A Jake’s beard is short and stubby and a Tom’s can be anywhere from 7 inches to a foot.

The spurs on their legs also hold key indicators to tell them apart. A Tom has spurs that are at least an inch long, while a Jake’s will be just a stub.

Lastly, when they gobble, a Tom has a much longer and deeper gobble than a Jake.

It’s important for you to know these differences before you head out turkey hunting! 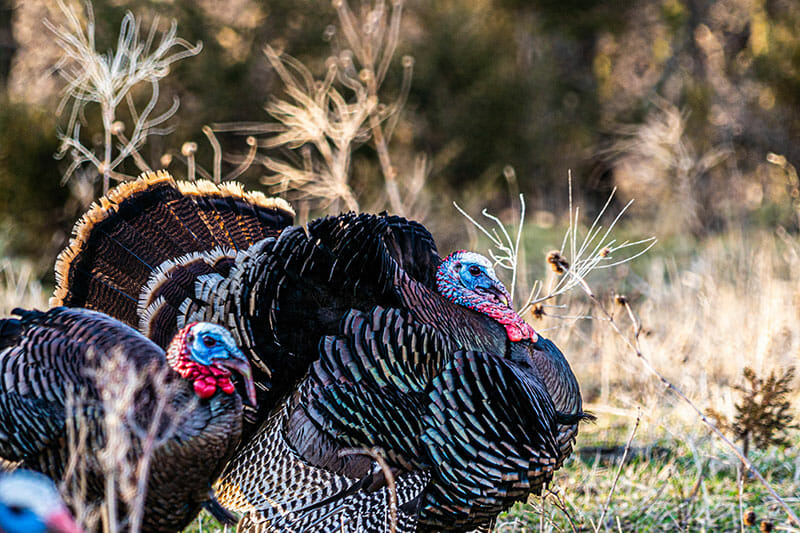 In this video, we’re gonna talk about the benefits of turkey scouting. If you’re used to going turkey hunting blind, and no scouting done prior, you’re going to be setting yourself back a little bit. By scouting, you’re going to get yourself ahead of the game and have some ideas of where you can actually...