There are a lot of products out there that you can buy when it comes to rattling antlers. Everything from rattle bags to fake antlers. But there’s nothing like having the real thing! But, to get the most out of your DIY rattling antlers, you’ll want to take a few steps to ensure your setup is as good as possible.

First, you’ll want to use two antlers that are the same side. This will help prevent poking your fingers with tines while rattling. Second, cut off the brow tine, because that’s the one tine that no matter what you do, will always cause damage to your hands. After doing that, simply use some rope and attach each end of the rope with hockey tape (or some other type of thick tape) to each antler. The rope will help in a variety of ways, mostly with transporting the joined antlers and to hang on a hanger or branch while in the treestand. Now, instead of buying something you might not like anyway, you’ll have the best version of rattling antlers possible! 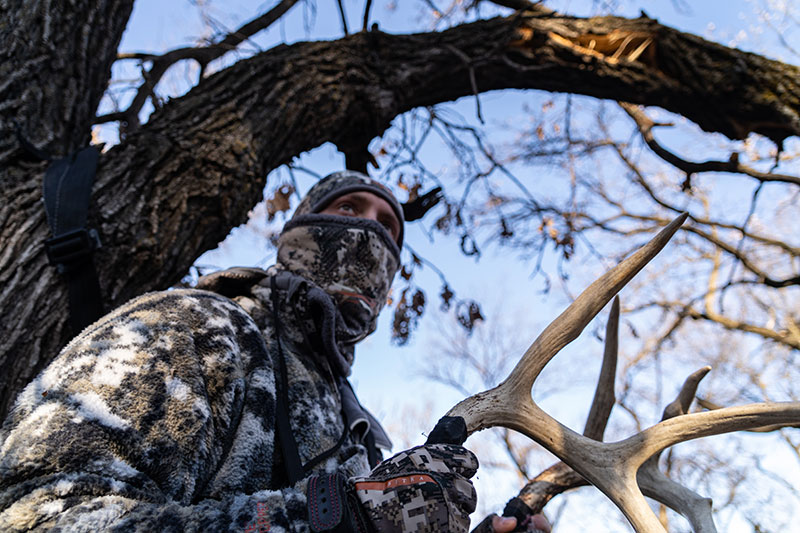