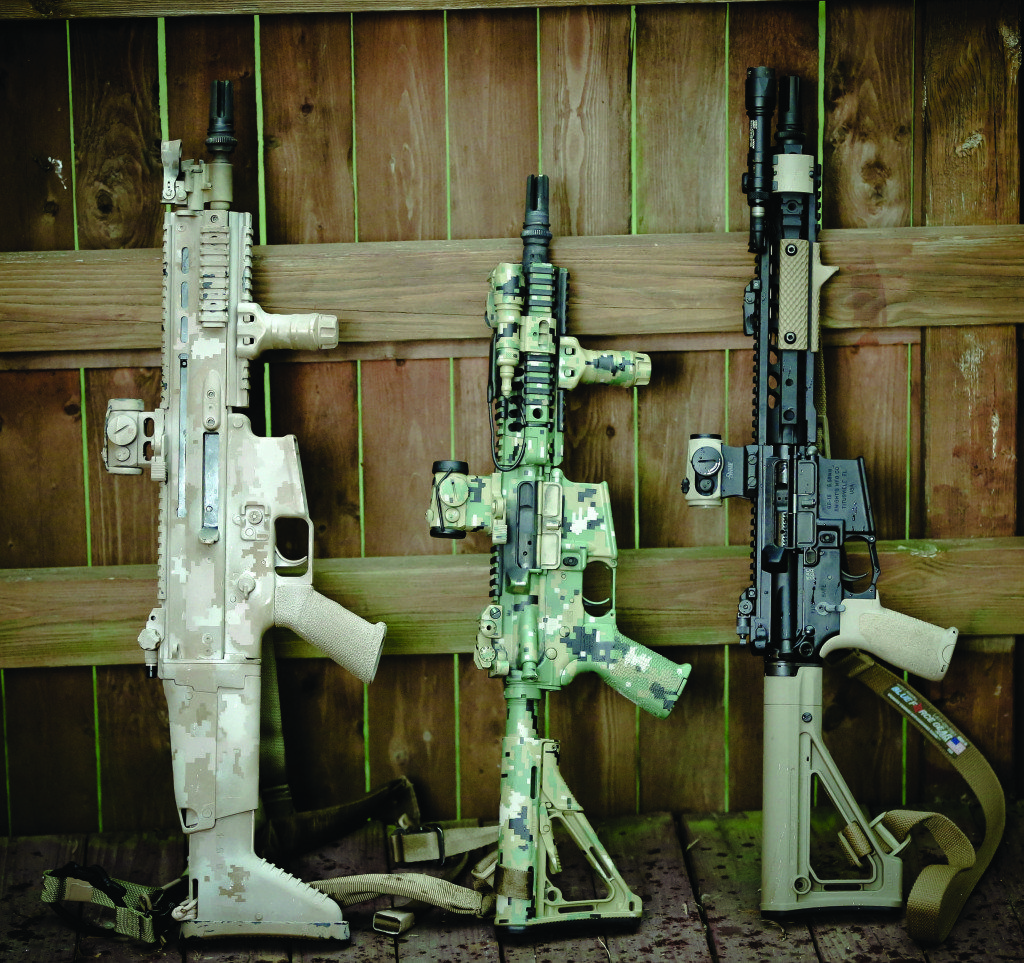 One of the most frequently asked questions I get from listeners on my show is, “Which is better, direct impingement or gas piston?” They often seem to get slightly annoyed when my response is, the inevitable, “It depends.” But why does it depend and what are the differences for the end user?

Eugene Stoner’s direct impingement vents the gases that are released after a shot is fired from the barrel to a cylinder in the bolt carrier via a hollow tube that runs along the top of the rifle. This allows the bolt itself to act as a piston, resetting the firing cycle. This means the operating system to is in line with the stock of the weapon, which should minimize muzzle climb and felt recoil.

In a gas piston operated rifle, the piston is at the gas port and an operating rod interacts with the bolt and bolt carrier in one of two ways:

In a short-stroke piston system the piston moves independently of the bolt. The gases are vented into a tube that contains a piston. The piston moves an anvil which strikes the top of the bolt and bolt carrier group, causing them to move and resetting the firing cycle.

Why Buy One Over the Other?

How you intend to use the rifle is going to determine which system makes the most sense for you. Piston rifles get dirty in different places, the length of the action does not affect reliability as much, and the rifle runs cooler. Which means that if you are planning to run any of the following configurations, gas piston may be the way to go:

Reliability on rifles with barrels under 10.3-inches may be somewhat compromised with the impingement system.

Gas piston systems route the gases away from the bolt fact, where carbon build up can effect reliability.

The direct impingement system, as implemented in the AR-15 platform, is a known entity and, despite what various people on internet forums would have you believe, it is extremely dependable platform when properly configured, assembled, maintained, and lubricated. Direct impingement rifles generally weigh less than similar piston rifle systems, which can become important during extended range sessions or when carrying the rifle over longer distances. Maybe the greatest, and most under-discussed benefit of direct impingement rifles is that a quality example of a direct impingement gun, often time, costs less than a similar quality piston system rifle. Remember that any cost savings can be directly applied to more ammo, more training, and more accessories for your rifle.

As a fan of the direct impingement guns, I decided to do a bit of testing to see what the perceived differences were between my personally-owned direct impingement 11.5-inch Knight’s Armament Company SR-15 CQB, a friend’s piston FN Scar 16 10.3-inch SBR, and piston LWRCI 8-inch PSD. For the test we attached an AAC M4-2000, and spent the better part of a Saturday running rounds through all three rifles with the suppressor attached.

Performance from all three rifles was impressive, as there were no stoppages or any bobbles at all. My SR-15 did throw more gas and debris back at my face and onto my firing hand compared to the other two rifles, but I did not find it bothersome. At the end of the day I’d have been happy with any of the three rifles I shot.

At the end of the day it really comes down to what your perceived needs are and what your personal preferences are. As a friend of mine who actually uses these rifles for their intended purposes says, “Gun go bang, gun good. Gun not go bang, gun bad.”

A properly set up rifle will function with whichever operating system it has. If your gun works for you and you’re happy with it that’s all that matters. If you spend time and money on testing and training with your equipment you’ll do fine with either system.

By John Johnston. Originally published in the November 2013 issue of GunUp the Magazine.