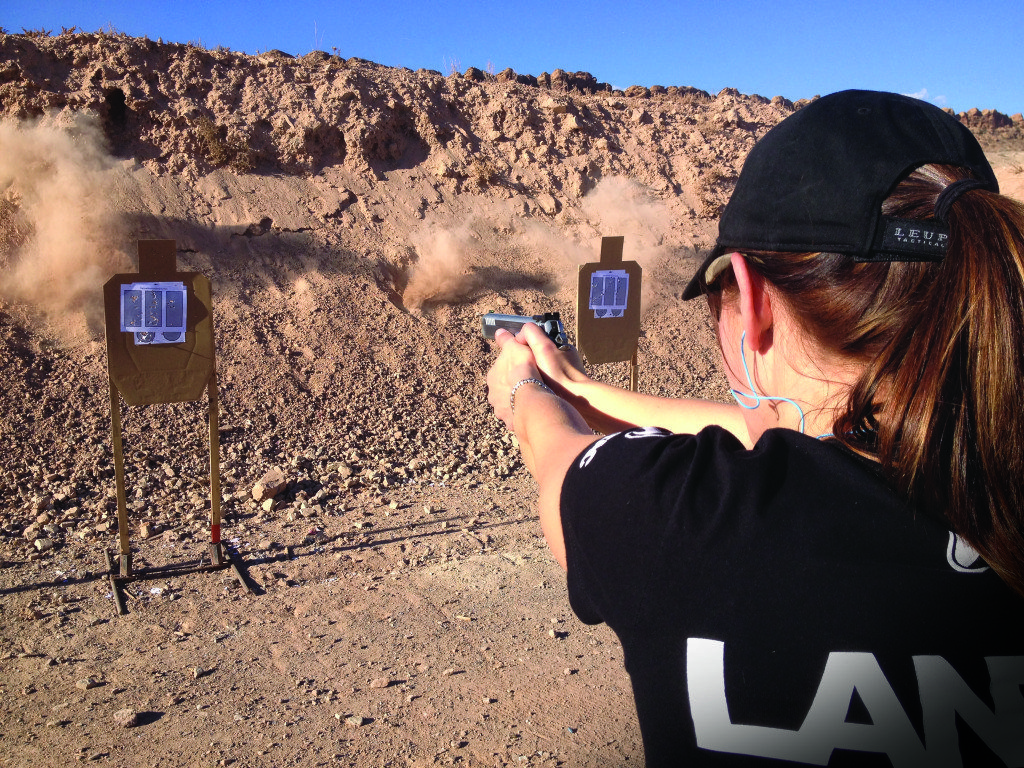 Since I started my competition career as a rifle shooter, I have never had any proper instruction on shooting a handgun. That became a problem when I decided to start competing in a Multigun sport that requires strong pistol skills. I just threw myself out there and tried to figure it out on my own. Well, it shows, because that is the one area of weakness I have had in 3-Gun competition. When I started in 3-Gun I struggled with a flinch, which I chalked up to not having the right fundamentals. I also watched myself in videos and was able to see how slow I was shooting with my handgun.

While I wanted to take a class that taught 3-Gun skills, such as how to walk and game stages, and drills to do at home or on the range, I first needed someone to find a class that would teach me better pistol fundamentals, but had a competition edge to it. It is especially difficult to find a course that teaches a competition model. Through a friend, my search led me to the Tactical Performance Center (TPC) at the Southern Utah Shooting Sports Park near St. George in Utah. I contacted the owner, Ken Nelson, for more details. They offer three-day boot camps for pistol, competition, and tactical shooting. 2,000 rounds of 40 cal. from Nosler and Tactical Ammunition and a plane ticket later, I flew down to Utah.

I had met Ken and his son Brian several times at matches, but I did not realize they were behind TPC. If you are in the 3-Gun world, or most any competition circuit, then you have heard of Practiscore software; Ken Nelson and his son Brian, a 3-Gun Phenom at the age of 17, developed this software. As I researched TPC I noticed that the range it’s located at, Southern Utah Shooting Sports Park, has quickly become a mecca for 3-Gun, USPSA, cowboy action and more. Since Ken and family have been there they have worked hard to make this range in to a destination.

Over a dozen shooting bays and all of the props you can imagine are always available for use by range members or the public. Currently, they are working on a partnership with more landowners in area in order to add a precision rifle location. Ultimately, their goal is to build lodging for visiting shooters as well. 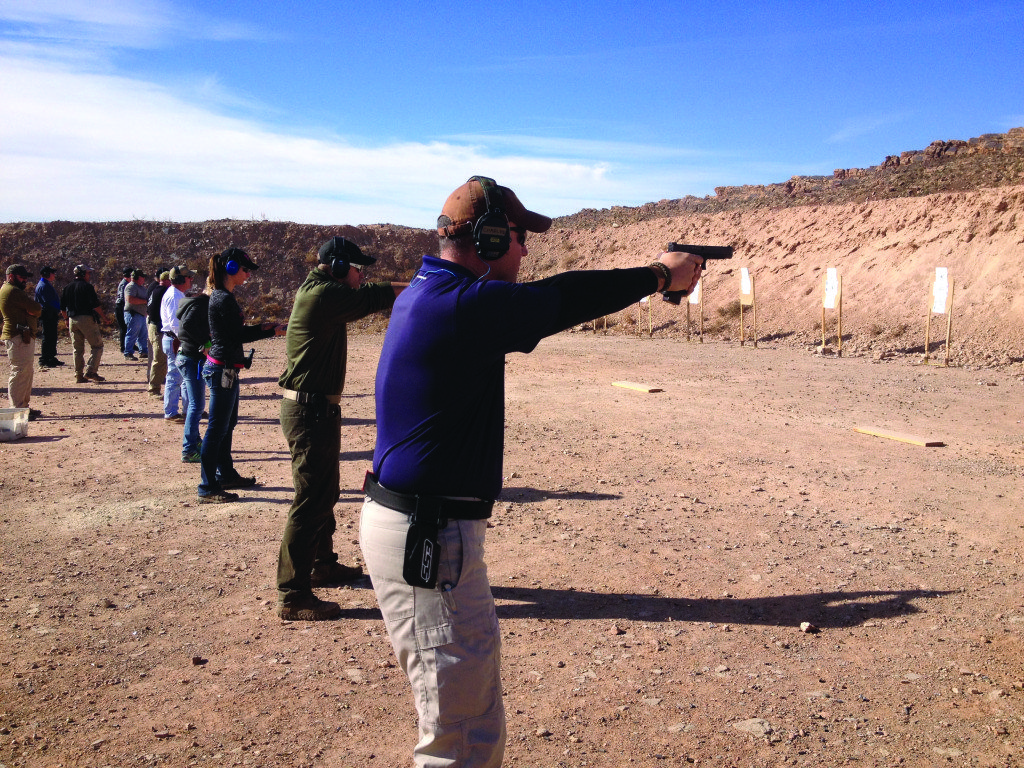 In September, the Park has hosted USPSA Handgun Nationals, which had 28 stages and 550 competitors.  They also hold the 21-stage Berry’s Steel Open each April as well as the annual Southwest Multigun. For the last three years they have put on an Outlaw 3-Gun event called the Purgatory Flats Hard As Hell Multigun, which has gained much attention for its creative course of fire. While at the range they were building the stages for this year’s event; there is an actual mini “roller coaster” you ride on and shoot from, and you also may need to brush up on your rope swinging skills over mud pits. Think Tough Mudder, but with guns. This Shooting Park is the perfect location to have the TPC Academy.

Plagued by endless blue skies, mild winter temperatures and gorgeous south-desert red rock, the class location is impossible to beat. Ken Nelson has acquired a great team of people representing the range and school. His theory in hiring is to approach people he wants rather than let the masses send in resumes. Ron Avery, for example, has been with TPC a little over a year to help Ken put together a world class teaching facility. As TPC’s Director of Training, Ron has brought over 34 years of law enforcement, professional training, and consulting experienced. He is also a writer and world-ranked competitive shooter. I really enjoyed his enthusiasm for teaching and he truly loves what he does. You can see it even when he is not in class. He lives and breathes it.

Although I really wanted to attend one of TPC’s 3-Gun clinics, I had just missed their last one, which was held in October. I knew it would be best to attend the Pistol Boot Camp first anyway. That was my goal first, to break myself of bad habits. I wanted a fundamentals boot camp, not a self-defense class.

All of the camps TPC provides focus on mental as well as physical training. In the Pistol Boot Camp I attended we were broken of our bad habits and born again to solid fundamentals, but we also left with images of success.

I noticed Ron was a fan of the teachings of Lanny Basham who wrote the book With Winning In Mind. I have read this book over a dozen times. It is very popular in the competitive shooting community. Lanny is an Olympic Gold Medalist in small bore and talks about methods of performance through the subconscious at various levels. Every member of my U.S. Team has read his book. Ron also had influences from The New Mental Toughness Training for Sport by Dr. James Loehr and In Search of Excellence and Psyching for Sport by Terry Orlick. All of the mental exercises are useful not only for competition, but can be applied to every aspect of your life.

“The true reward comes with letting go and allowing you to be free to perform with incredible awareness and amazing calm. When you truly love what you do then your chances of doing just that go up exponentially.” – Ron Avery

The Pistol Boot Camp has its name for a reason. I arrived at the Southern Utah Shooting Sports Park on Friday at 9 am. All of the students had experience but all of us needed some tweaking. We were competitors, law enforcement officers, and enthusiasts. There were seven instructors to nine students, giving us almost one-on-one coaching.

The days were not overwhelming, just three hours in the morning and then another three to four hours in the afternoon. On day one we started inside the building for classroom time, using fake orange pistols we were going over stance and grip. Sounds harmless right? Well, do you remember the Karate Kid movie when Mr. Miyagi has Daniel wash and wax his cars for days? “Wax on! Wax off!” Do you also remember the feeling when you over do it at the gym lifting weights and you can’t even lift your arms to shampoo your hair later? That was me by the end of day one.

Many of us complained of flinching problems we wanted to rid ourselves of. The drills were meant to make us comfortable with “the fear” of shooting handguns. With a rifle you have a solid structure, as in a stock, to take the recoil, with a pistol we have our hands and arms. The bang and recoil startle most people. I understood it when they mentioned how we need to get used to the stress. While they were going over and over handgrip and proper tension, I realized I was thinking too hard. By lunch I could feel my muscles were aching. Over the course of the day, we ended up firing 500 rounds, and I was too tired to fight the tension in the places I was not supposed to be tense in. My body learned to relax the necessary parts and have the strength only where it needed to be. It was enough to eliminate the noise and stress of shooting the handgun. That was the point. All of the waxing on and off set my brain up to do things in the subconscious.

Days two and three were filled with hundreds more rounds of shooting. Drills of dot torture, speed, drawing and shooting deliberately fast under the stress of a timer. Student competitions were thrown in to put the new skills to use. I was wondering how shooting tiny one-inch dots was going to help me with competition. I realized that I subconsciously learned to focus on front sight and recoil management to the point that when I got to blast away at the normal IPSC targets I was hitting the A-zone no matter my speed or distance. Who knew I would place second overall in the final Battery Test competition.

The teaching format of the Pistol Boot Camp carries over to the handgun and 3-Gun competition camps. Ron covers platform, mindset, and technique for fast shooting on the first day. Signing up for the pistol competition camps they assume you are a B- or C-class level competitor coming in. Day two is competition techniques for movement, running with the gun, reloads and more mindset.  There are shoot-offs between class members and if the class is rolling they will do some small stages.  Day three is reinforcement and then running stages all day. 3-Gun is similar, but with three guns of course. It works out to a day per gun with more technique and manipulation. 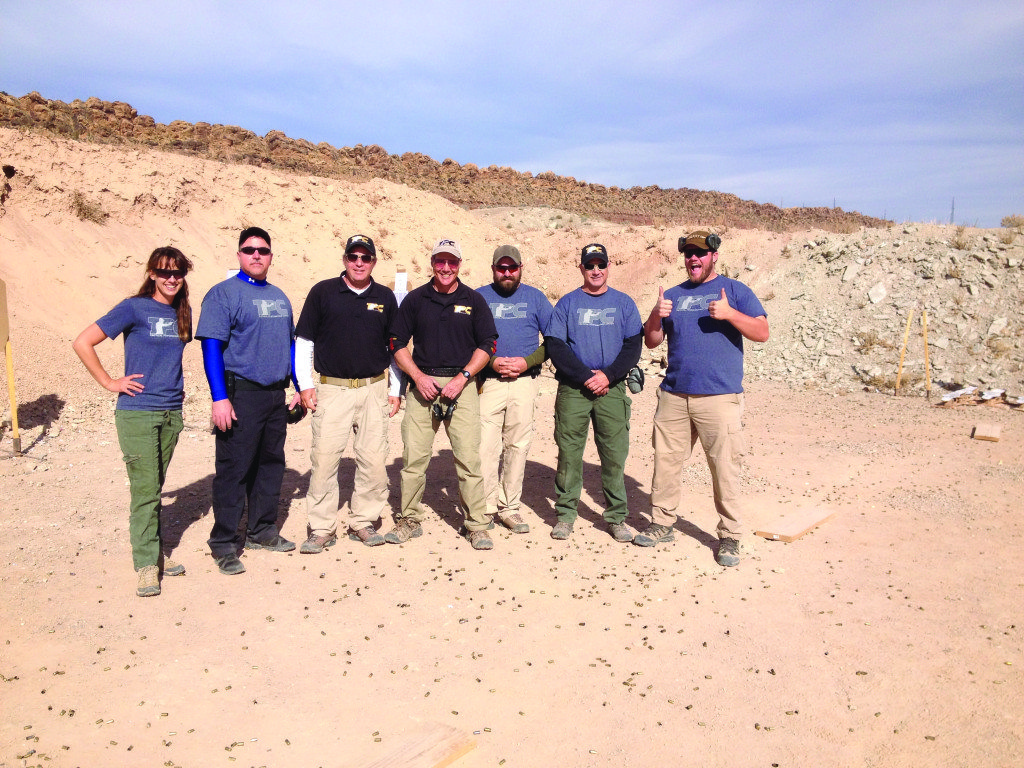 The Shooting Park is leased form the BLM so plumbing does not exist, but there are portable toilets. They do have bottles of hand wipes everywhere. They have two buildings, one as an office and one as an indoor shelter with tables and garage doors. In bad or hot weather you can shoot from inside to some shorter bays. All of the shooting bays have moveable canopies that are much appreciated in the heat of the summer. The school supplies water and lunches each day. Snacks and specialty beverages are up to you. TPC has a discounted rate at the nearest Holiday Inn Express in Washington, only a five-minute drive away. The only issue I had was that there is nothing near the hotel. It is by itself. St. George is only 10 minutes away and I think I would have rather stayed in St .George for the amenities and then driven 15 minutes to the range instead. If flying, it is easiest to fly to Las Vegas, rent a car and drive two hours to St. George.

The three-day Pistol Boot Camp is $795. They offer this class once a month as well as their instructor courses, which are $1,495. The competition camps have only been offered two or three times a year, so I am hoping they will add more for 2015. They are still putting together the schedule of all camps for 2015 so you may not see it yet on the web site.

Tell them 30calgal sent you and get 15% off any camp for 2015! If checking out through the web site, use the code 30CALGAL. This offer is only good through February 2015 so don’t delay. You will not find a better intensive clinic and you can’t beat the location and sunshine. www.tacticalperformancecenter.com

By Anette Wachter. Originally published in the January 2015 issue of GunUp the Magazine.