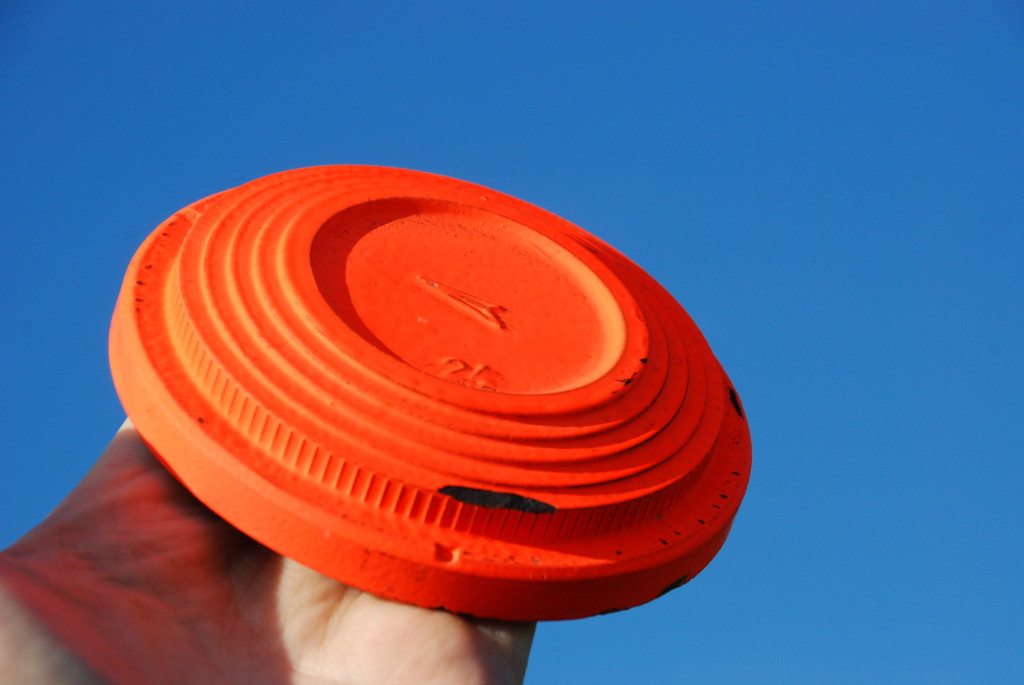 When it comes to the shooting sports, the clay sports hold a special legacy. Trap shooting, probably the most well known of the clay sports, dates all the way back to the 1700s and is even an Olympic sport. Many competitors find shooting these sports relaxing, even zen, because success relies on your ability to clear your mind and hit the bird.
There are multiple versions of each of the clay sports, usually defined as American and International. For the purpose of this article, we are discussing the American versions of the sports as defined by their National governing bodies. 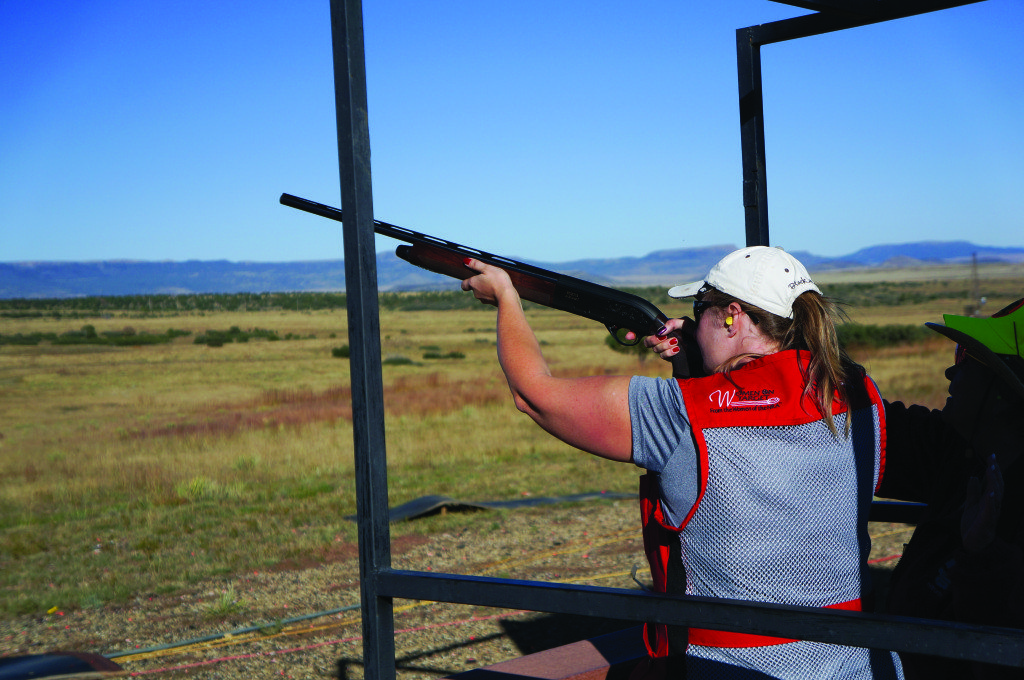 “The Bird” is not a bird at all, but rather an orange clay disk that is thrown at various angles depending on the sport. The goal, in any clay sport, is to break as many of the clay disks as possible.

Part of mastering the clay sports is having a basic understanding of how shotguns patterns work. Unless you are using slugs, which you wouldn’t for these games, shotguns shoot out a number of lead pellets that spread out as they get further from the barrel of the gun.

When shooting at the birds, how you swing the gun is a factor in how the pattern spreads, and therefore is a major factor in properly hitting the bird. Once you have a well fit shotgun and are comfortable with proper stance and swing, the sports really come down to having the right mindset and good follow through. 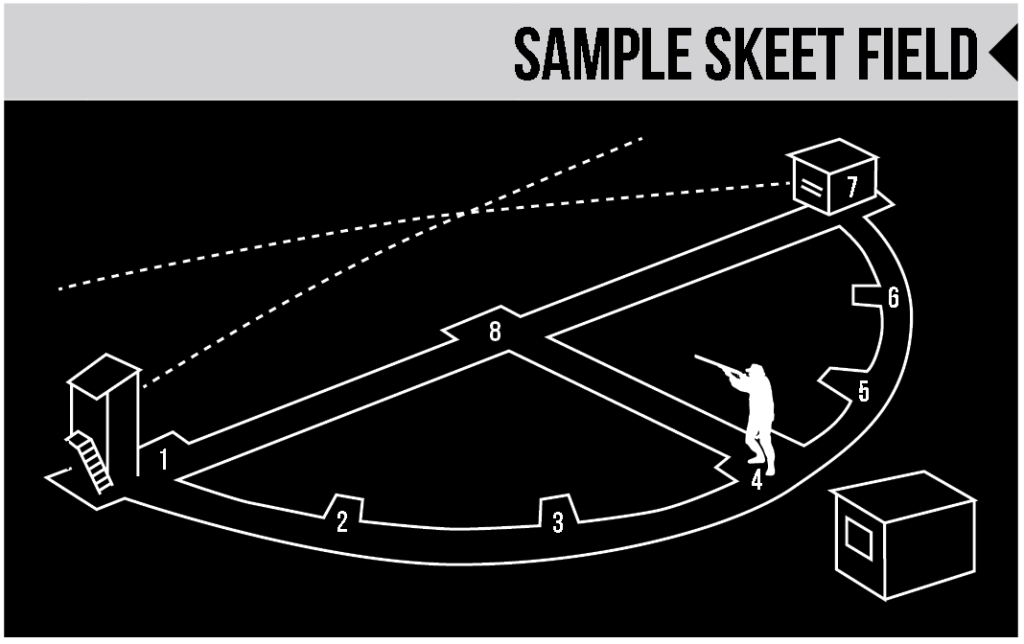 There are 25 targets in a round of skeet; 17 shot as single birds, eight doubles, when birds are thrown from both the high house and the low house at the same time, and one “option,” which is taken after the first time a shooter misses a target. These targets are engaged from eight stations arranged in a half moon, with the final station in the center of the field. Stations one, two, six, and seven all throw doubles, stations three, four, five, and eight all throw only single birds.

Trap is another sport that’s simple to learn if difficult to master. A trap field is set up with five stations at a specified distance behind a “trap house” that throws targets. The Amateur Trapshooting Association (ATA) breaks Trap shooters down into three categories: singles, doubles, and handicap. Singles and doubles each have five stations set 16 yards behind the trap house. Singles shoot at five targets from each station. Doubles shoot five pairs, for ten targets, from each station. Handicap events operate the same way as singles, but shooters stand a minimum of 18 yards away from the trap house.

For singles and handicap events, the throwing machine oscillates from left to right within a 54-degree arc, and the competitor does not know where the target will emerge.

Sporting clays is referred to, even in the National Sports Clays Association’s (NSCA) literature as “golf with a shotgun.” Similar to golf in many ways, sporting clays enthusiasts will travel from course to course nationwide to experience the many different variations of sporting clays available. Each course will have different birds, set up at different angles, with different terrain, and different backstops.

Sporting clays courses feature ten to 15 shooting stations laid out around the natural terrain of the land. Since course designers are not limited in target speed, angle, or distance, as they are in Trap and Skeet, every course is different and shooters won’t know what their targets will look like until they arrive. 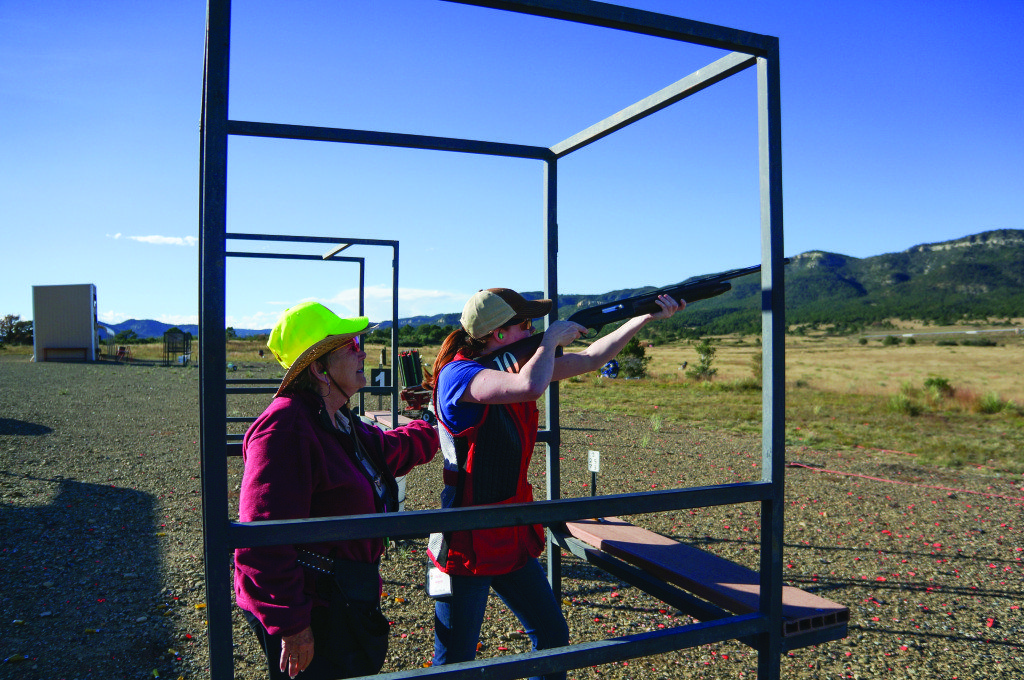 Although the most common target in sporting clays is the same clay target used in Skeet and Trap competitions, there are also specialty targets used to introduce the illusion of speed or distance. Sometimes “rabbit” targets will roll across the ground, or “chandelle” targets will arc into the air.

Usually, upon arriving at a station, shooters will get a chance to see the targets that are at that station. This way, shooters can familiarize themselves with the targets and develop a strategy on how to shoot them.

Five Stand is similar to Sporting Clays in that there are a wide variety of targets to shoot. However, it differs in how the field is set up. A variety of target throwers, regularly six to eight but sometimes more, are set up on a field with targets staged at different angles and speeds. Five stands are set up, frequently with multiple “menus” that shooters can choose from. Each menu states which targets shooters will shoot at, and the order they will engage them in.

Shooters move down the line, from stand to stand, and engage different targets, as specified by their chosen menu, at each station. Like sporting clays, targets can come from all different directions, and sometimes unique targets such as rabbits or chandelles are thrown.

On top of the regular versions of Skeet and Trap, some ranges also offer Wobble Skeet or Wobble Trap. Instead of birds flying in a stable arc, they are set up to wobble, creating a more difficult target for shooters. 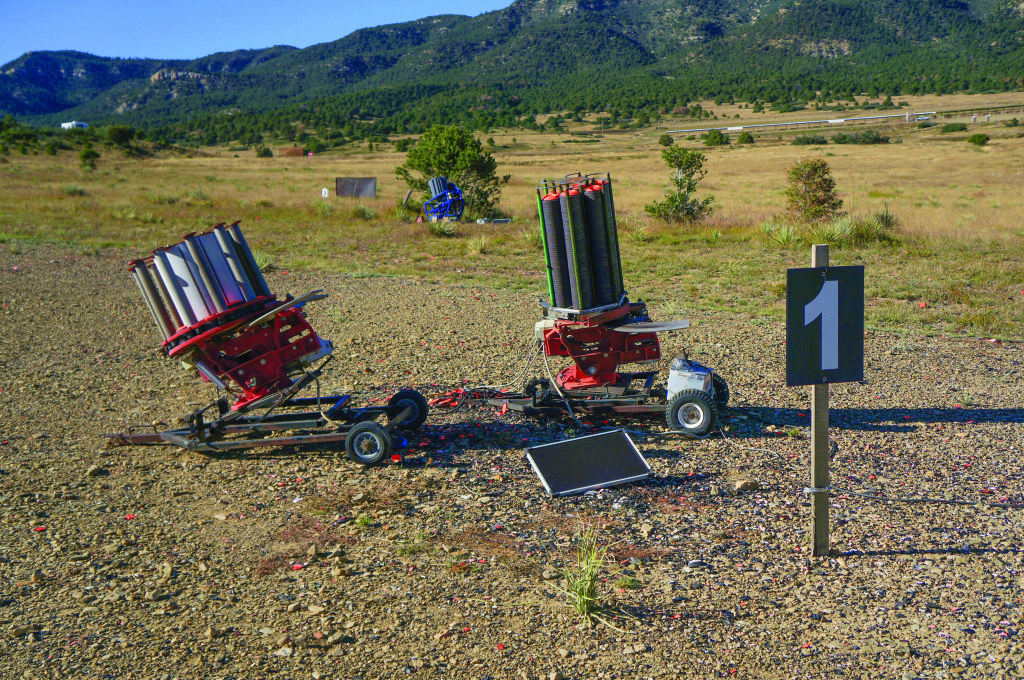 Throwers, which are responsible for tossing the targets for shooters to engage, come in many makes and styles. Most modern shotgun ranges will feature automatic throwers designed and set up for the perfect toss. However, there are other options available that require more manpower to get them started. 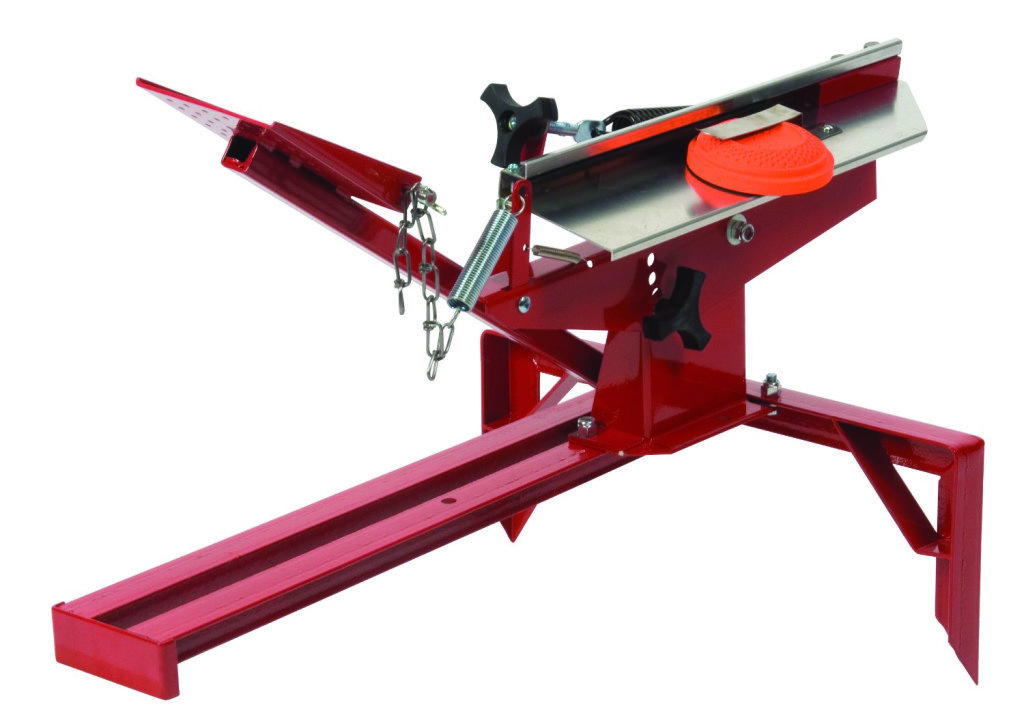 Some throwers only require you to set the arm in place and then pull a string, releasing the arm and throwing the bird. Some throwers are actually just a plastic extension used to manually fling the bird into the air.

For the most part, clay sports require a shotgun smaller than 12 gauge and use lead shot between 7.5 and 9-shot in size. Most shooters use long-barreled over unders from various manufacturers, while some prefer semi-automatics. Regardless of how many rounds your shotgun can hold, shooters are limited to having two rounds in the gun at any given time.

Originally published in the August 2014 issue of GunUp the Magazine.