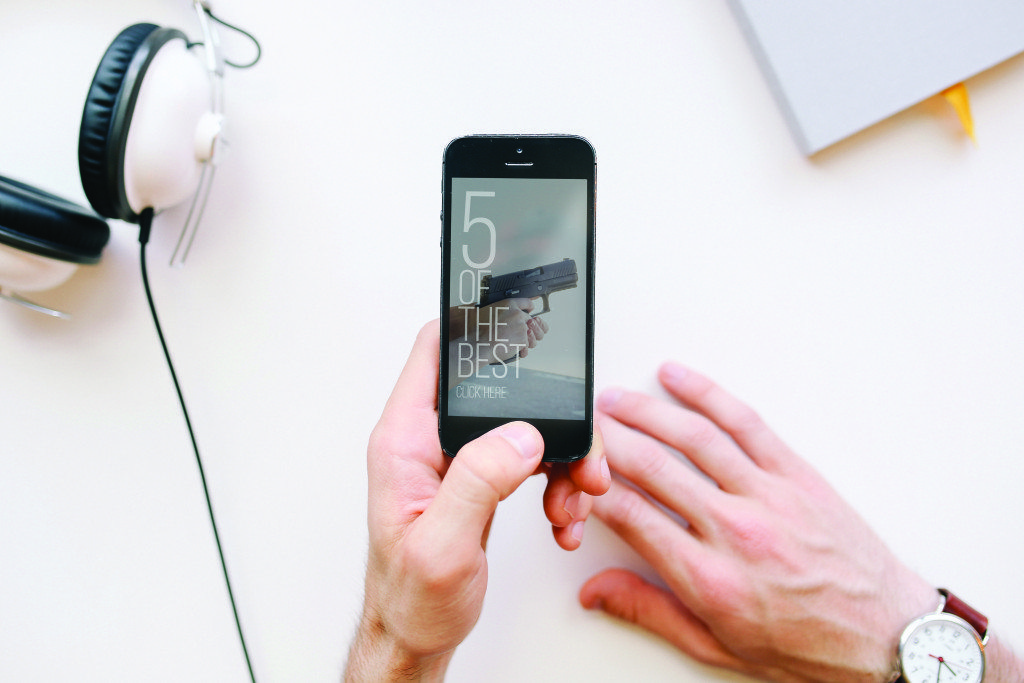 I have been involved in the online and print publishing space in the firearms industry for nearly a decade, and I track trends in mainstream publishing as well. You’d have to be blind to not have noticed an increasing trend in how web articles are titled; just open up your Facebook newsfeed and you’ll see a plethora of articles with similar titles to this: “Five Amazing Secrets for a good marriage, Number Three will make you weep.” Those are commonly referred to as clickbait, where they use a provocative headline that grabs the reader’s attention to entice that person to click the article. The fact that content-based websites such as blogs and forums are generally dependent on advertising revenue is why clickbait rules the roost and good content frequently dies, unread by all but the most passionate enthusiasts.

I’m not just talking about the gun space here, either. Look no further than the recent ruckus around Jeremy Clarkson. A car blog that no one has ever heard of, which I won’t mention because it’s awful, wrote a clickbaity headline that says “Jeremy Clarkson quits Top Gear, Show Cancelled for Good.” Of course, that headline was an outright lie, and twisted about three lines of a column by Clarkson wildly out of context.

In my industry, it’s the same phenomenon that causes articles like “the 5 Best guns for concealed carry” to go viral, while thoughtful discussions on the value of self-defense training and situational awareness die a cold death, alone in the dark. We write clickbait because it works, and clicks mean pageviews, and pageviews mean dollars. So long as pageviews directly correlate to fatty checks, clickbait will always be a part of the online content play.

The problem is that there’s no real way out of this world of clickbait, either. Making money off online content is difficult. The Internet consumer is notoriously resistant to paywalls, believing that everything online should be free, and stealing things that aren’t. Sponsored content, otherwise known as advertorial, is a great way to actually make money, but will inevitably generate reader complaints because “u sold out man” – leading us back to traditional advertising. Changing pricing models doesn’t really help either. Most web advertising is sold on a “cost per views” basis, and while you can sell it on a cost per click model, that just incentivizes the content creator to get even more pageviews, in order to increase the likelihood that a reader will click on an advertiser’s ad.

Sites like Patreon and other crowd-funding offers a solution in many ways, because allowing fans and consumers to help fund the content creator allows the publishers or creators to create the content they want to create without having to worry about clickbait to drive traffic. However, those crowdfunding communities are largely closed off to the firearms industry because guns are icky and scary. Further, every attempt I’ve seen to create a firearms specific space that mirrors the function of an existing social media platform has failed miserably. If I had, oh I don’t know, $500 for every “Facebook for Gunnies” I saw rise and fall in the past five years, I’d have enough money to buy a Barrett .50 BMG.

I read an article on Gawker a week ago that nearly made my head explode; the quick summary was that Gawker, king of clickbait headlines, was calling out Daily Mail for their shoddy journalism practices. The Daily Mail’s journalism is shoddy, to the point of barely qualifying as journalism, but to read a scathing article about it on Gawker was the most “physician, heal thyself” moment I’ve ever seen. But that’s where we are. No one really wants to write clickbait, because it’s awful and soul crushing. I want to write articles about the intersection of video game and gun culture, and how FNH should be holding joint launch events with Call of Duty games. But the audience for that is a lot smaller than the audience for “5 guns that suck,” so guess which one I’m more likely to write.

In the nearly 10 years I’ve been in the online publishing game, the clickbait has only gotten worse. It’s not showing any signs of stopping either. While the funds earned by garbage time articles may provide the resources to do good journalism, is that really what we want as media consumers? To be constantly bombarded by “You won’t believe these 5 simple tricks for concealed carry, #3 will blow your literal mind!”

It’s not all bad news, however. Yes, clickbait articles are terrible, and yet everyone’s written one at one time or another. But the readers are starting to catch on. Niches are starting to develop where sites and publications say, as the great Jeremy Piven once said “we’re not gonna protest” – but in this case, replace “protest” with clickbait. Another approach that I’m starting to see is to use a provocative title, but the actual post content is solid, quality stuff. These are good ways to fight the trend of dumbing down content. Make no mistake, that’s what clickbait really is: it’s just dumbing down content. In a way, sites that write those kind of articles are really sneering at their readership, saying “you’re too dumb for good content, so here are 23 pictures of women in bikinis with machine guns.”

Sure, there will always be a market for that. Especially the “chicks with guns” but that’s another article. But just because there’s a market for it doesn’t mean we as consumers or we as producers have to be a part of it. In this issue you’ve read about the best war movies ever, which is a fun, entertaining article. You’ve read about the Glock 43, still practically warm from the factory. I believe it is possible to make fun, engaging content that speaks to modern, web savvy readers without resorting to the kind of pandering you see from Buzzfeed or its gun industry equivalents.

For years, when people asked me how to become a successful blogger, I’d always say “write good content.” That’s still true, because being a successful blogger doesn’t necessarily mean you’re going to make a ton of money. That’s not to say there isn’t money out there, because there is. But remember that once you set out to run any sort of online content site with the goal of making money, you’ll eventually reach a point where you have to choose what’s more important to you: bigger paychecks, or better content.

By Caleb Giddings. Originally published in the April 2015 issue of GunUp the Magazine.