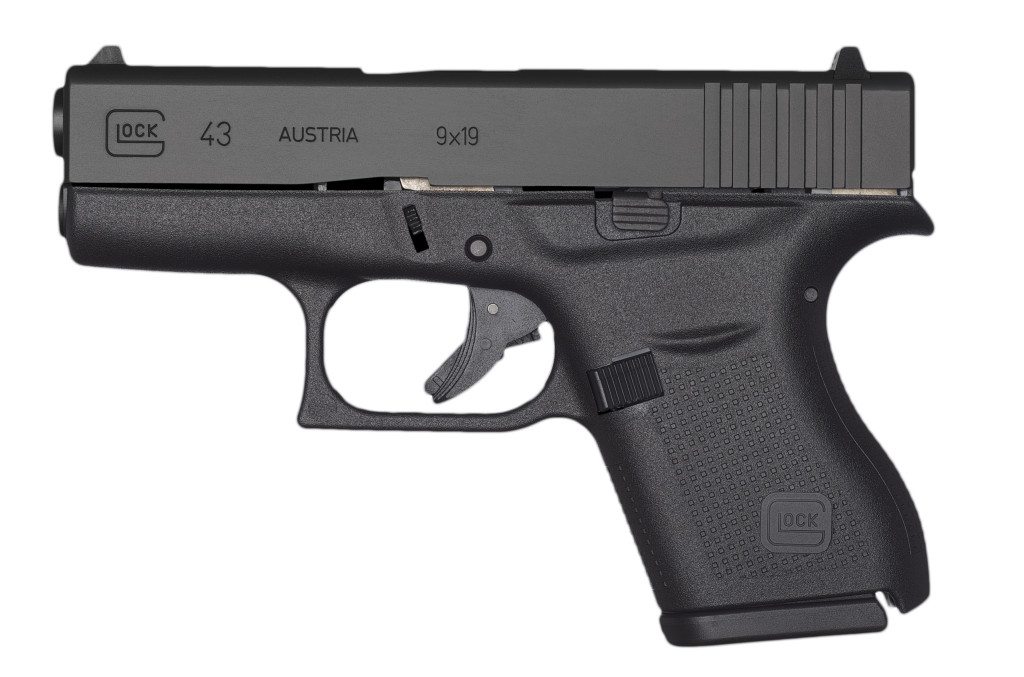 It’s finally happened, GLOCK has released their single stack 9mm: the G43. A few weeks ago, I flew into Atlanta to visit GLOCK’s factory in Smyrna, Ga. and was able to get my hands on the new gun for some basic testing.

There are a lot of single stack 9mms on the market; there’s been a surge them over the past years as the concealed carry market grows. Some, such as the Kahr PM9 that’s sitting on my nightstand as I type this, have been around for years. However, in the past few years we’ve seen the introduction of the Smith & Wesson M&P Shield (April 2012), the Springfield XDS-9 (January 2013), the Kimber Solo (January 2011), SIG Sauer P938 (January 2012), FNS 9 Compact (December 2014), and the list goes on. GLOCK is entering an arena with a lot of competition, but fortunately for them, they’re GLOCK, and they’ve put a lot of time and effort into this hotly-anticipated little gun.

Let’s take a look, from the basic standpoint of size and weight, how the GLOCK 43 stacks up against some of the single stack 9mm guns we’ve tested in the past:

The GLOCK 43 is, first and foremost, a GLOCK, known for their reliability. While I only had the chance to put a maybe one hundred rounds through the little gun, I was able to test a couple things to see how it would manage in the hands of some of the newer shooters who are entering the concealed carry market.

While the recoil impulse is higher than that of the G42, GLOCK’s .380 of approximately the same dimensions, it is not uncomfortable to shoot like some of its counterparts. Rather, the G43 asks you have a firm grip to get your sights back on target, but interestingly enough does not require it to function. I purposefully put a magazine through the gun limp-wristing it, holding my right (dominant) hand very low and taking an incredibly soft grip. To my surprise, the gun functioned through the entire magazine. The experience was an unpleasant one, so I opted not to continue this line of testing, satisfied that a magazine with the gun being held in such a fashion is more than a lot of firearms could accomplish.

The profile of the GLOCK 43 is absolutely desirable for those who are looking for an easily-concealable firearm. It is smooth, small, and flat. It will work well in a pocket holster or on the belt and may provide an alternative for those who have found they have to use more unconventional methods of carry to successfully conceal the 43’s larger counterparts.

Another item of note from my time behind the gun is that the trigger is a GLOCK trigger. It was, ultimately, utterly unremarkable, which is saying something when we’re discussing single stack 9mms. Most of them have cumbersome triggers that make them more difficult for less experienced shooters (and some more experienced shooters) to handle. The GLOCK 43 doesn’t have this problem.

There is some criticism that the G43 doesn’t have a space with the existence of the G26, GLOCK’s compact double-stack 9mm, and the G42. If we compare the specifications of the three side-by-side it can give you a good idea of the size difference: 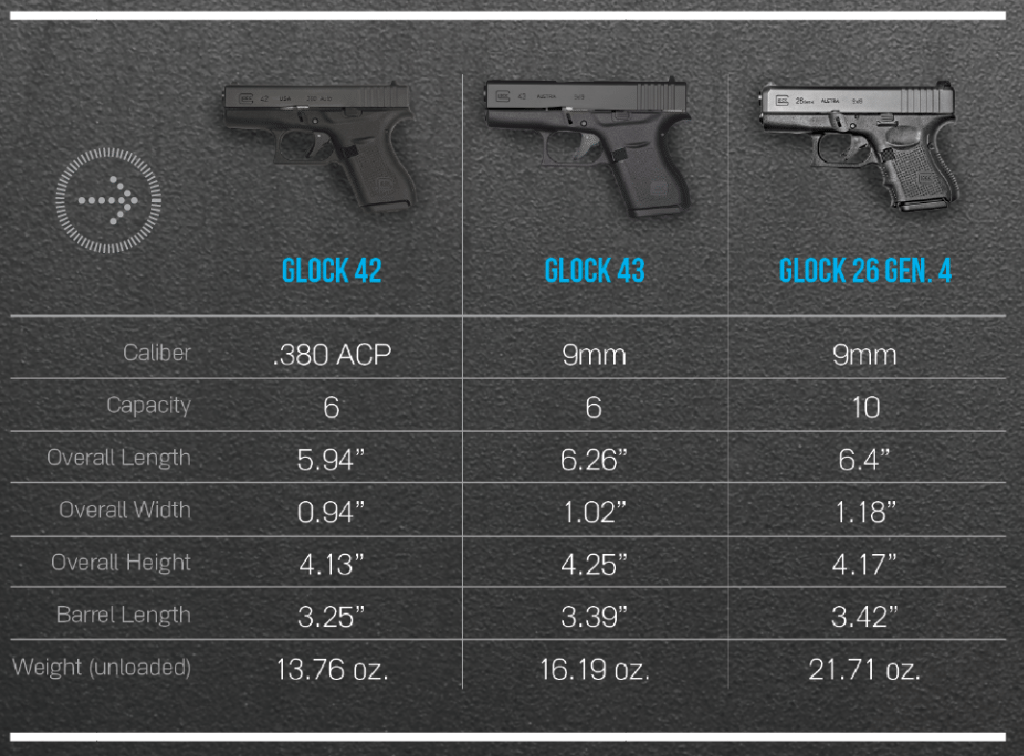 Ultimately, the size differences between the G42 and the G26 seems pretty minimal. For those who are slender framed, though, it may be enough to make a difference. Especially since the G42 is lighter than the G26.

It’s also disappointing that an extended magazine that adds one or two more rounds to the capacity isn’t yet available. These magazines are standard fare among single stack 9mms, and while GLOCK is working to develop one, for the time being those who are looking for an extra round or two are out of luck or purchasing a G26.

During the factory shoot there were some concerns from those present with larger hands. While I had no problem maintaining a grip on the G43, some of the other shooters found their grip slipping due to how small the gun was and how large their hands were. Such problems are always a matter of trying before you buy, and balancing how easy a gun is to conceal with how easy it is to shoot.

It really doesn’t matter what I say here; GLOCK has finally released a single stack 9mm and it’s going to sell like hot cakes. What should matter is that I’m happy with that. While they released their single stack 9mm well behind the curve, they’ve certainly done it right. Yes, you could buy a GLOCK 26 or a GLOCK 42, but let’s be honest: single stack 9mms are easy to conceal, they are a caliber most people are comfortable with, and they make great daily carry guns. The GLOCK 43 is no exception. GLOCK has balanced form with function and packaged it all up as an easy to use, easy to conceal, incredibly reliable 9mm.

My verdict? I want one. I want to get one, and I want to carry it every day. I want to put some XS Big Dot sights on it and put it in N82 Tactical holster and take it with me everywhere. I think everybody else will want one too.

By Shelley Rae. Originally published in the April 2015 issue of GunUp the Magazine.