Fisherman Wes Prewett made the catch of a lifetime when he hauled in this 200 lb snapping turtle that’s estimated to be more than 100-years-old. Prewett’s sister Joanna Sanders shared the following message with these pictures through Facebook,

Thought you might want to share these pictures of my brother Wes Prewett’s once in a life time catch with your fans! It was caught two weeks ago at Blue Creek on Lake Mitchell in Clanton, Alabama. It was released shorty after these pictures were taken. Estimated to be well over 100yrs old and almost 200lbs!” 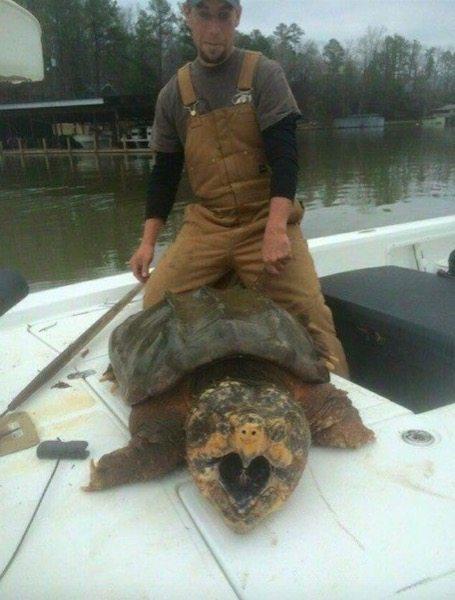 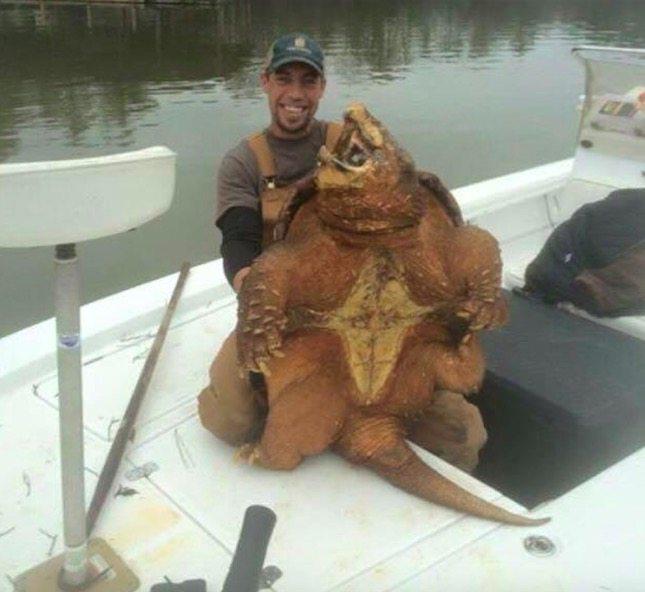 The alligator snapping turtle is one of the world’s largest turtles found in freshwater. These river monsters can be found throughout the Southeast United States from Florida all the way to east Texas and as far north as western Illinois. The largest known alligator snapping turtle weighed in at 403 lbs, that’s more than twice the size of the beast pictured above, but even this guy is bigger than average. Most adult males around this age only weigh around 100 lbs. Although the average lifespan of these magnificent creatures is similar to a human, they are capable of living up to 200 years.

Love hunting but don’t have a lot of money to spend? Check out these budget-friendly adventure options. North America offers some of the best hunting in the world, but many of those experiences come with a high price tag. Every year it seems guided hunts become more and more expensive, and some hunting is limited […]

With a very successful range of fishing gloves, Fish Monkey is now hoping to repeat that success with Hunt Monkey – a new line designed specifically for hunters and outdoorsmen alike. Featuring the same high-tech components, cutting-edge manufacturing techniques and an extremely rigorous process of research and development, Hunt Monkey’s 2021 line will consist of […]

Crazy Russian Hacker has made it easier to combine fishing and organizing with these eight brilliant fishing life hacks. If you fish a lot, as we do, some of these things really come in handy; like the unsinkable glasses or a fishing hook organizer. Face palm that we didn’t think of organizing our fishing hooks […]