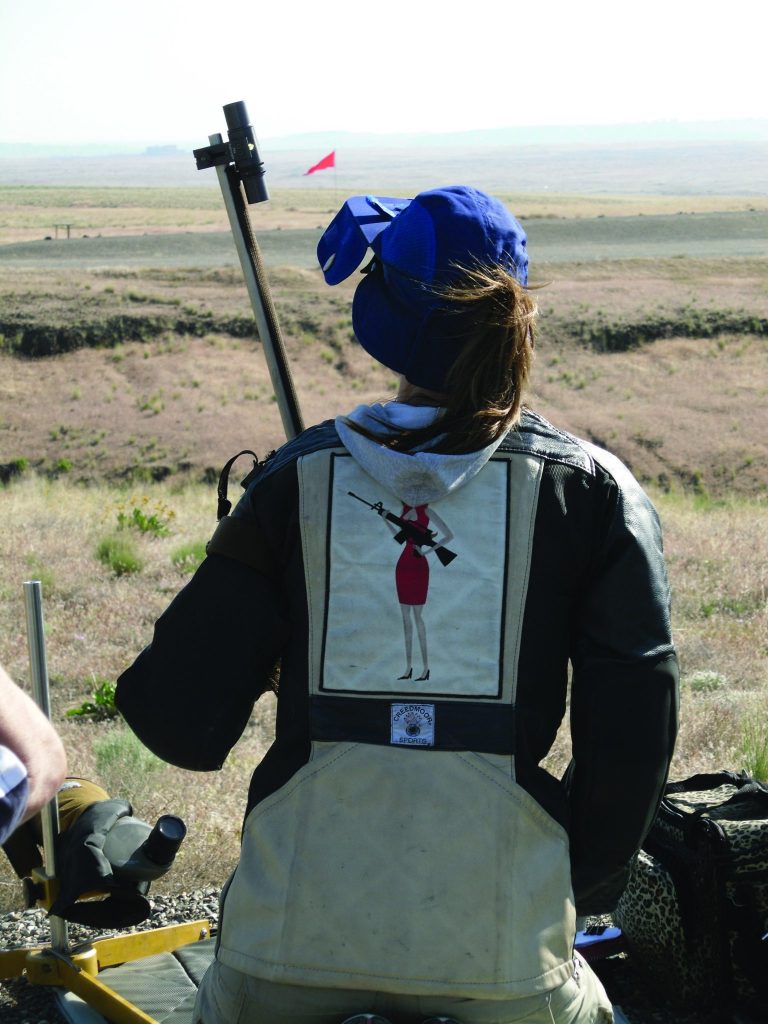 Long range rifle shooting is one of the oldest competitive shooting sports around, yet many people have never heard of it. I have been competing in this game for about five years and recently became a member of the U.S. Rifle Team. Did you even know there was a U.S. Rifle Team? What is long range shooting? In one sentence: Long range rifle shooting is target shooting at a paper bulls-eye with a single-shot bolt-action rifle, usually chambered in .308, in the prone position with sling support and iron sights. This is traditional bulls-eye target shooting similar to small bore, except instead of shooting to 50 feet we shoot anywhere from 300 to 1,000 yards. Yes, with iron sights. Because of the high caliber we are no longer allowed to compete in the Olympic Games, but we do have a World Championship held in a different host country every four years. 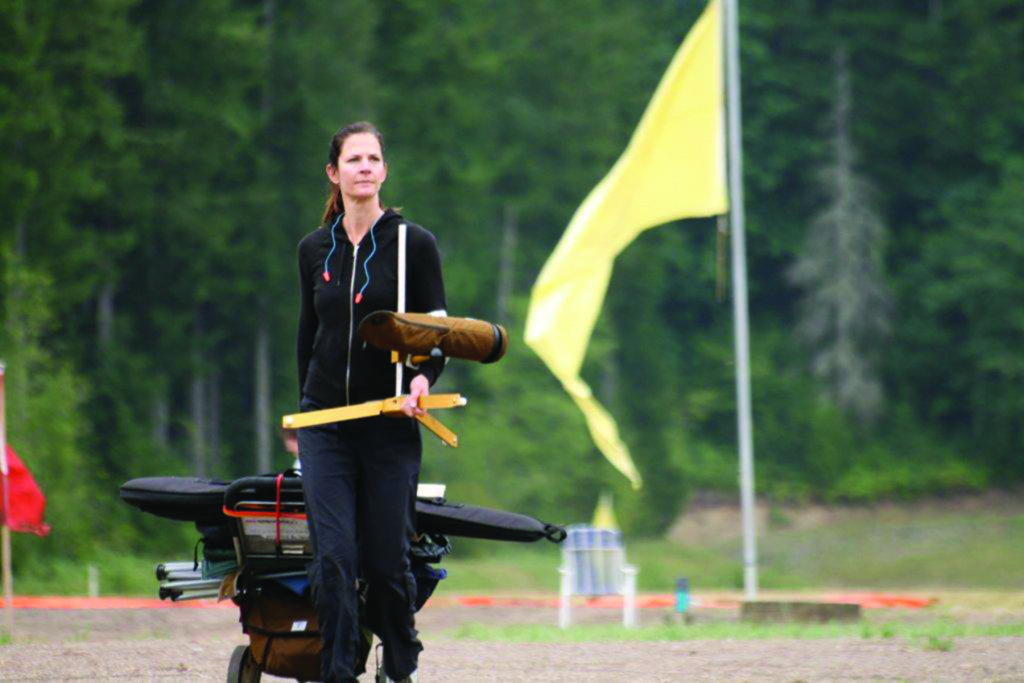 There are several different categories of long range competition. The oldest and most traditional category, the one that comprises the World Championship, is Palma, which is shot with .308 rifles at 800, 900 and 1,000 yards. There are international team events that are shot in Full Bore format, which can be at any range from 300 to 900 meters. There is an Any Rifle/Any Sight category that allows, like it sounds, any caliber and any optic. All rounds must be fired without any support other than a sling. The newest and fastest growing category is F-Class, which is shot in prone but off a bi-pod and with optics.

Like any shooting sport there are preferred rifles, components and loads that everyone tries to outdo each other with and, like other shooting sports, this game is not cheap. The rifle set-ups alone can set one back $3,000 to $6,000. Then on top of that add all of the extra gear you need. When it comes to the rifle and ammunition, certain brands of components are favored in this sport. Although the favorite brands are great quality for our game it makes the wait time for parts as long as several months, and with that demand the price goes up. But this is a sport after my own heart, it is steeped in tradition and history. I hope to be able to play this game for a very long time.

In the late 1800s, shooting in the civilian sector was catching on. Along with it was the start of a little gun club called the National Rifle Association, which was associated with the Creedmoor Range on the East Coast. Great Britain, Scotland and Ireland also had their own long range matches called the Elcho Shield, they were shot in Wimbledon at 800, 900 and 1,000 yards. The Irish won this match for the first time in 1873 and went straight to the Americans to challenge them. The U.S. Amateur Club accepted this challenge and the competition was held at Creedmoor in 1874. A huge audience of about 5,000 people watched as the Americans took the trophy away. One year later the U.S. went to Ireland to compete, this time in front of 30,000 spectators, and won again. 30,000 spectators! That is like a modern day sporting event. 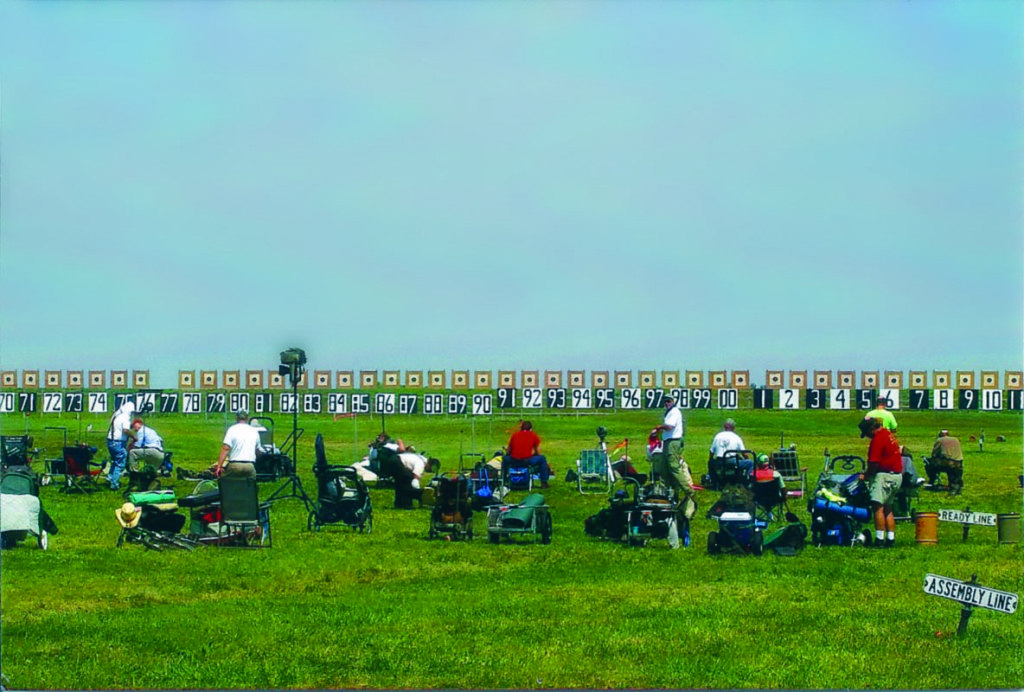 This was the start of Palma, a specific division of long range that requires the use of a .308 caliber round with no more than a 155 gr. bullet and iron sights. They did the same course of fire back then, shooting at 800, 900 and 1,000 yards with 15 rounds per string. In the late 1880s to 1890s the Palma Match and the NRA became dormant until 1901, when both came back with a vengeance. To this day both are still going strong.

Going to a long range match means the opportunity to see a beautiful variety of rifles. The stock and chassis styles range from hand carved wood to brightly colored alloys. Recently, metal stocks have become more popular. The aluminum can be anodized in some cool colors much like you see in all rifle categories. Many are painted or Cerakoted in creative prints. The wood stocks are made of gorgeous English walnut and other fine woods. You never know what the rough piece you picked out will look like once it is shaped and oiled. Add some hand checkering on the pistol grip and you have a piece of art. The art of hand-made wood stocks is dying, there are not many people left who make them. Jim Cloward out of Washington and Bob Gamboa of California have been a couple of the most influential wood stock artists in the long range shooting community. However, as both slowly retire, we begin to lose this era of craftsmanship. 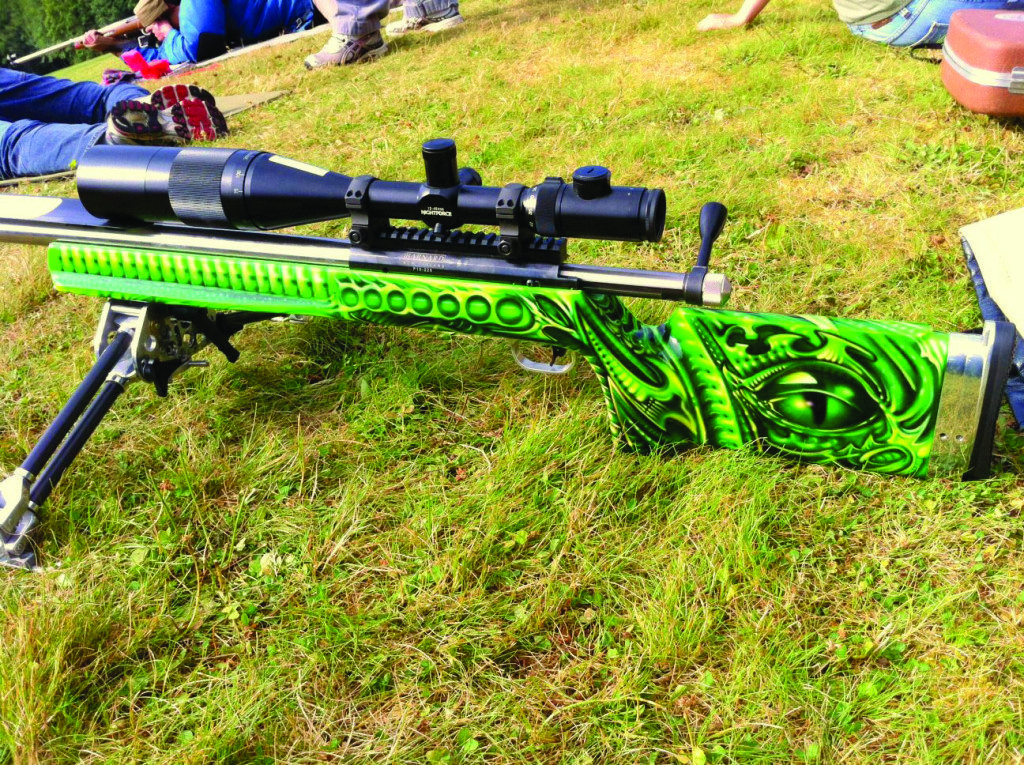 The traditional rifle set-up for long range shooting in the Palma category uses a single load, bolt-action and is chambered in .308 with iron sights. Usually the barrel lengths will be 30 or 32 inches. The load used will determine the barrel twists; most will use a 1 in 13 twist for the 155 gr. Bullet.

The actions on rifles used in this game are still mostly based off the popular Remington 700 action, however some rifles use what are considered bench-rest actions. One of my Palma rifles has a Hall Action that is mainly for bench rest shooting. Because of its large size it is difficult to fit sight bases to, but it is solid and shoots extremely accurately. The most common action names you will hear in Palma are RPA (although no longer sold in the U.S. it is highly sought after), Barnard, Bat, Nesika, and of course Remington.

By Annette Wachter. Originally published in the July 2013 issue of GunUp the Magazine.