How Does Trump Affect Marijuana, Firearms and the ATF Form 4473? 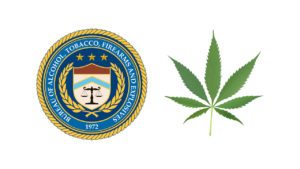 On January 20, 2017, President Trump was sworn into office. Amongst many ambitious plans to “Make America Great Again” there is still some uncertainty as to the future legality of marijuana, at least at the federal level. Therefore, we thought this would be an opportune time to remind Federal Firearms Licensees about communications previously issued by the ATF, federal court rulings and applicability to the newly revised ATF Form 4473.

On September 21, 2011, the ATF issued an Open Letter to all Federal Firearms Licensees (FFLs) “to assist you, a Federal firearms licensee, in complying with Federal firearms laws and regulations.” The Open Letter addressed the relationship between state-specific legislation which, in some cases, permits the possession or use of marijuana for purposes deemed appropriate by the State. The 2011 ATF Open Letter reminds FFLs about Federal law 18 U.S.C. § 922(g)(3), which prohibits any person who is an unlawful user of or addicted to any controlled substance (as defined in section 102 of the Controlled Substances Act (21 U.S.C. 802)) from shipping, transporting, receiving or possessing firearms or ammunition.

It is important to note that 9th Circuit Federal Court, case number No. 14-15700, upheld ATF’s 2011 Open Letter to FFLs. The Court’s ruling ultimately upheld that, because the license to transact firearms is the ultimate authority of the Federal government, and because marijuana is classified as a Schedule I Controlled Substance, any person known to possess a medical marijuana ID must be considered a prohibited person.

The 2011 ATF Open Letter concludes with the following,

In October 2016, ATF revised the Form 4473 (5300.9) and included a bolded text statement in Section 11(e) that reminds both FFLs and potential firearm transferees about the federal law. The latest version of ATF Form 4773 became effective on January 16, 2017 and reads,

“The use or possession of marijuana remains unlawful under Federal law regardless of whether it has been legalized or decriminalized for medicinal or recreational purposes in the state where you reside.”

Federal Firearms Licensees who wish to learn more about the ATF Form 4473 can contact ATF through any number of methods provided on ATF’s website (www.atf.gov). Or, FFLs may contact Orchid Advisors if they want to learn more about retail best practices, operational compliance with the ATF Form 4473 and how it can be used in conjunction with paper and electronic A&D (“Bound”) Books.

GunBroker.com has teamed up with Orchid Advisors to bring you pricing trends for over 15,000 guns to help you be more profitable and move more inventory. Check out this brief video to see how it can help you in your FFL pricing business.

On January 20, 2017, President Trump was sworn into office. Amongst many ambitious plans to “Make America Great Again” there is still some uncertainty as to the future legality of marijuana, at least at the federal level. Therefore, we thought this would be an opportune time to remind Federal Firearms Licensees about communications previously issued...

On November 8, 2016, Donald Trump was elected into office. Gun enthusiasts around the country were comforted by a reduced threat of increased gun control and regulation. But, in the short term, some categories are down with firearm inventory. We’re projecting a market reduction of around 17% this year, as the industry resets to more...

Learning Modern Day Business Strategies from an Ancient Chinese General Sun Tzu lived about 500 years BC and wrote a book called “The Art of War”. In it, he taught some brilliant ideas about ways to win battles. Those same lessons are still relevant in the business world. Some of those lessons are shared here....