How Much Practice is Enough? 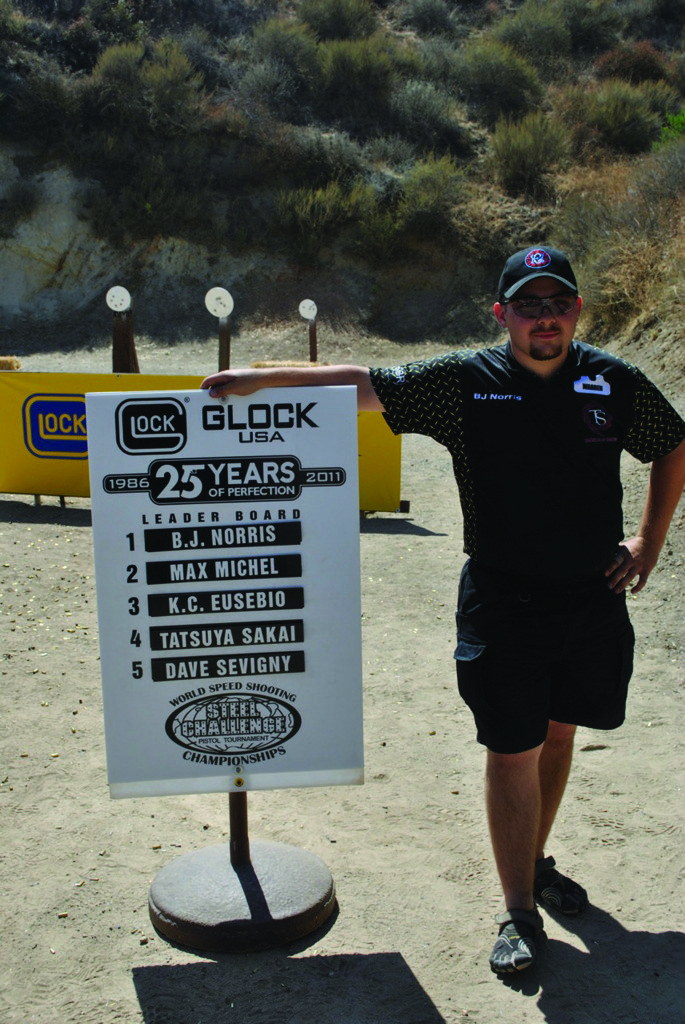 Probably the question that I’m most asked is how much I practice. The short answer for me is “never enough,” but the amount that I practice may be way more than some people require. How much you need to practice is entirely based on how good you want to be. If it was possible, I’d practice every day with about 600 rounds. Unfortunately, work, life and traveling to matches and other events preclude that. On average, I get to the range around two to three times a week and shoot between 300 and 400 rounds. For some people, that’s far, far too much for what their desired skill set is.

So, how much is enough for you? Before we answer that question, let’s look at the available training options.

Probably the simplest form of training, dry-fire is just that. Manipulating your firearm and practicing all your normal required actions, just at home, with an empty gun. Obviously, the biggest advantage of dry-fire is that it costs absolutely nothing to do. You can easily build fundamental skill sets like draws, reloads, trigger control, grip and stance and never leave home. However, dry-fire’s biggest advantage is also its biggest weakness. Since there isn’t any recoil, blast, noise or other awesomeness associated with firing live ammo, you get almost zero feedback whether or not what you’re doing actually works. Therefore, you should use dry-fire as a supplement to live-fire training, especially when it comes to things like grip and stance.

Ah, the Holy Grail! The act of turning hard-earned dollars into fire, smoke and noise! Live-fire is great, no doubt about it. The problem with live-fire practice is expense. Not only in ammunition cost, but also the cost of fuel, targets, range fees and probably most importantly, time. Every time you go to range, there is cost involved, so you need to make sure it counts. Rob Leatham once told me that the most important thing you can do as shooter is to “Never waste time or ammo. Sometimes you can get ammo cost back from sponsors, but you can never, ever get your time back.” These words really stuck with me and I’ve tried to stick to them ever since. Now, that’s not to say I haven’t wasted a round or two of ammo in my time, but I try extremely hard to make sure I never waste time when I head to the range. Another key aspect of live-fire training is to make sure you have a plan for the skills you want to train that day.

What about Airsoft, laser pistols (pew, pew) and other alternative methods? Personally, I’m not a huge fan of Airsoft training, simply because I feel most of the guns simply aren’t good enough to be used as serious training tools. When I tried to use them the guns that I had tended to break, be very temperature sensitive due to the gas, and weren’t terribly accurate. Initially, I was really excited about it because it offered a low-cost training solution that offered the feedback dry-fire couldn’t, but after I used it for a month or two, sometimes I found that the feedback wasn’t always 100% correct.

Another option is something like a SIRT Pistol from Next Level Training. I really like these as a training aid, especially as an instructor. While there is no recoil to control or manage, they give extremely accurate feedback on your sight alignment and trigger press, especially since you can have multiple trigger pulls. I like to use the SIRT along with my normal dry-fire and live-fire practice.

On to how much we should practice:

Like I said at the beginning, how much you should train totally depends on what your goals are. If your goal is to be proficient at shooting and carrying a gun for defense, you’ll probably need a lot less practice than if you want to unseat Daniel Horner as the king of 3 Gun. Below is “BJ’s Patented, sure-fire guide to about how much you might should practice if you want to get kind of good at this shooting thing”.

Until Next time, Train to Triumph!

By BJ Norris. Originally published in the May 2013 issue of GunUp the Magazine.

Bushmaster Firearms™ is pleased to bring you the Bravo Zulu™, now chambered in 350 Legend. Combining a quality, 16” barreled, semiautomatic rifle with a straight-walled cartridge creates an impressive configuration for hunting medium size game. The 350 Legend’s down-range energy and penetration is superior to the venerable 30-30 Win, 300 BLK, and even has considerably […]