Hunt of a Lifetime: Story of Matthew Patterson 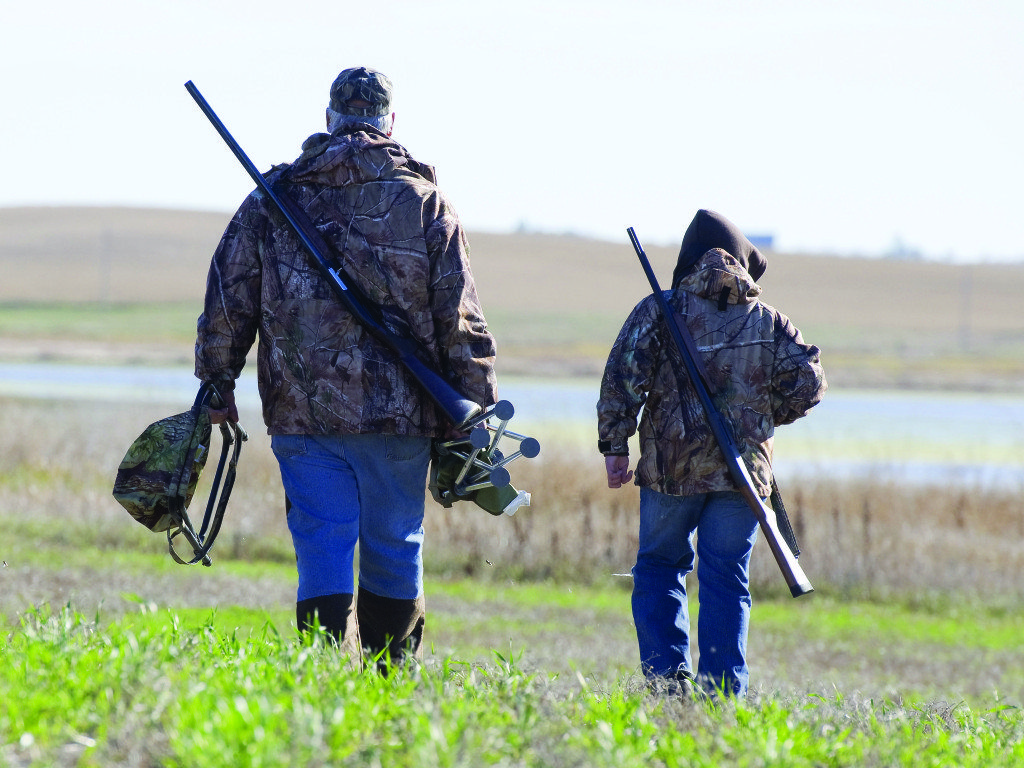 My beautiful, sweet Matthew was diagnosed with a cancer that most of the time is curable, but not in his case. He had a rare type that multiplied faster than normal.

The treatments were harsh and I prayed to God that there might be a way for me to ease my boy’s suffering. After a second bout in February 1998, Matthew underwent a stem cell transplant. As I waited for the procedure to come to a close, I once again turned my thoughts to God and His comforting embrace. I prayed that this treatment would be the end, that his doctors would come to me and smile and tell me that the cancer was gone. What I prayed for most was the will to be strong for both Matthew and myself; to stand as a pillar for the both of us when Matthew was too weak to even sit up in bed. I prayed the prayer that every mother prays when she is in this wretched situation I prayed that there might be some way to ease my son’s pain.

During this time, I would sit by Matthew’s bedside, gently stroking his arm with my finger, and we would talk about dreams – his and mine. I asked him what he would like to do in the future, blocking out of my mind how difficult a word like “future” can be when it is so uncertain. Matthew’s forehead wrinkled for only a moment as he thought of what he wanted to do most in the world. He looked at me with eyes that were for that moment not those of a dying child, but those of a boy who wished for adventure – outside of the sterile confinement of a hospital room. He said, “Hunt moose with Dad.” They had hunted together since Matt was a boy.

But a big game hunt like Matt imagined would cost close to $10,000. With six children including one being tested for muscular dystrophy, it was far more than we could afford.

So, I contacted a wish-granting organization. I had been told that they were devoted to making the dreams of terminally ill children come true, and I thought that they might be our best hope. In a rush of words and raw emotion I told the person who answered my call about Matthew’s wish. The silence on the other end of the line stretched on for what seemed like an eternity before I was told that they were terribly sorry, but that they no longer fulfilled requests for hunting and unfortunately since Matthew was past his eighteenth birthday, he was no longer eligible for a wish of any kind.

Trembling and heartbroken, I wiped at the tears rolling down my face and wondered who would be able to help make Matthew’s wish come true. Desperate, I called a list of outfitters and, after many agonizing and painful phone calls, we finally received a call from Clayton Grosso, an outfitter in Nordegg, a tiny village in Alberta, Canada. He told me that his wife Hilda had lost her right arm to cancer several years before and they both were so deeply touched by Matthew’s story that they knew they must do everything in their power to provide him with a hunt. They assured us that everything would be taken care of at no cost to us! But as the October hunt neared, Matt’s platelet count dipped dangerously low. His doctor warned him not to go on the trip. Matt just looked at him and said, ”I’m going and that’s all there is to it.” He knew that it was one of those dreams that wouldn’t come around again. He knew it could be his last shot.

When my husband, Chet, and Matt arrived in Nordegg they were shocked by what Clayton and Hilda had done. The two had told friends and neighbors about Matt and asked for help. The compassionate citizens of Nordegg went beyond anything I could imagine in their desire to do something for my son.

The town of 68 people graciously chipped in to cover the costs of the hunt. A helicopter pilot offered a free ride into the mountains. A local lodge gave them free housing and grocery stores provided the food. A feed store even gave them grain for the horses. And because Matt’s blood had lost its clotting capabilities from the chemotherapy, Clayton’s daughter-in-law, a licensed paramedic, took off a week from work and went along in case of any medical problems.

On their first day, Matt and Clayton’s son, Gene, a professional hunting guide, spotted a huge bull moose. With two shots, Matt dropped the bull in its tracks. Chet’s eyes filled with pride and the realization that our son had fulfilled his dream. 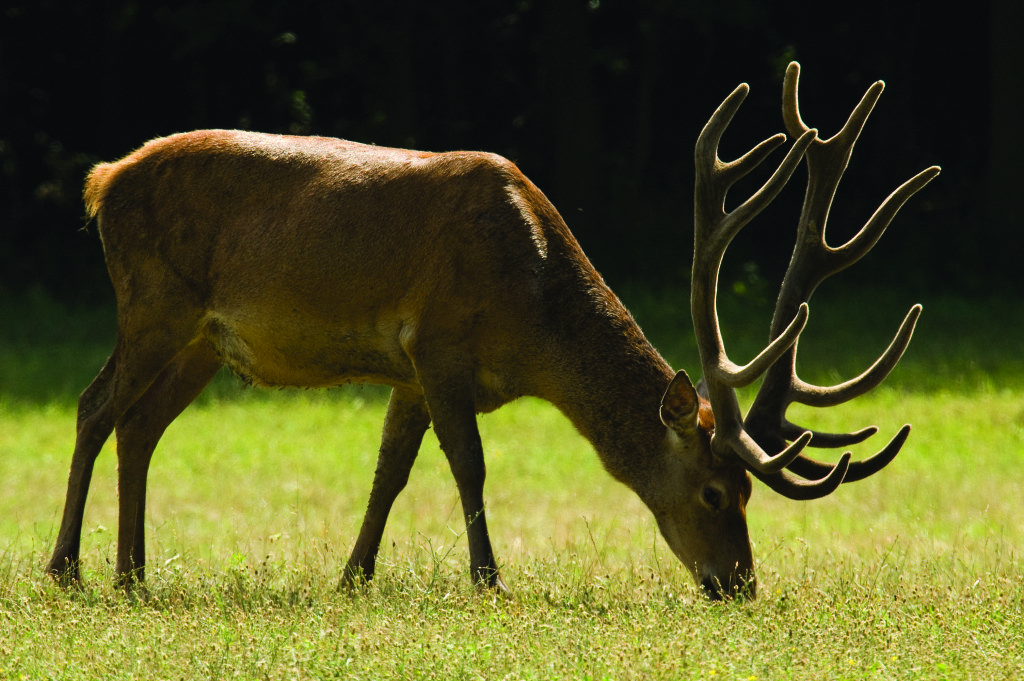 For the rest of their stay, Matt and Chet enjoyed the hospitality of the Grosso family and the people of Nordegg. I will never forget the joy that this kindhearted family brought to my son. They treated Matt as more than just a stranger in need; they treated him as though he was part of their family. They opened their homes and even shared a wonderful Thanksgiving dinner with Matt and Chet.

The fulfillment of his wish had a miraculous effect on Matt. Day by day, he grew healthier and stronger until one day God answered our prayers and told us that Matt was free and clear. He enjoyed a great season hunting for small game and deer, and had a fresh new outlook on life. He never forgot the kind angels who helped him. During the Christmas holidays he talked about his plans of going to Canada to help Clayton, as a way of saying “thank you” to the Grossos for everything they had done.

Then in February, at his six-month check-up, my heart broke once again. The doctors discovered that the cancer was back and it was spreading quickly through his body. On April 28, 1999, six months after his hunting trip in Nordegg, God took Matt into his embrace.

After his passing, I decided to start a foundation that would fulfill dreams like Matt’s. “Hunt of a Lifetime” would give terminally ill children the chance to embark on an outdoor hunting or fishing adventure. As the end of the year approached, I prayed and asked God to show me that this was his will, not mine. All I wanted for Christmas that year was a sign from God that I was doing the right thing.

On Christmas Eve, while we were preparing for our first holiday without Matt, the phone rang. The voice on the other end explained that his 14-year-old godson needed our help. A few days after the boy had received his hunter’s safety certification, he was diagnosed with a brain tumor. Instead of enjoying his first buck harvesting, he was enduring the ravages of surgery and chemotherapy. Could we help him with his dreams and prayers? The boy’s name was Matthew Riley. God had granted me the most precious gift that day. He had sent me another “Matthew” in order to understand that mine was in good hands and that Matthew’s legacy would never be forgotten.

To learn more about Hunt of a Lifetime, or to find out how you can help, go to www.huntofalifetime.org.

By Tina Pattison, huntofalifetime.org. Originally published in the October 2013 issue of GunUp the Magazine.