A scope that allows you to switch between 6x magnification and a red dot without moving your head. 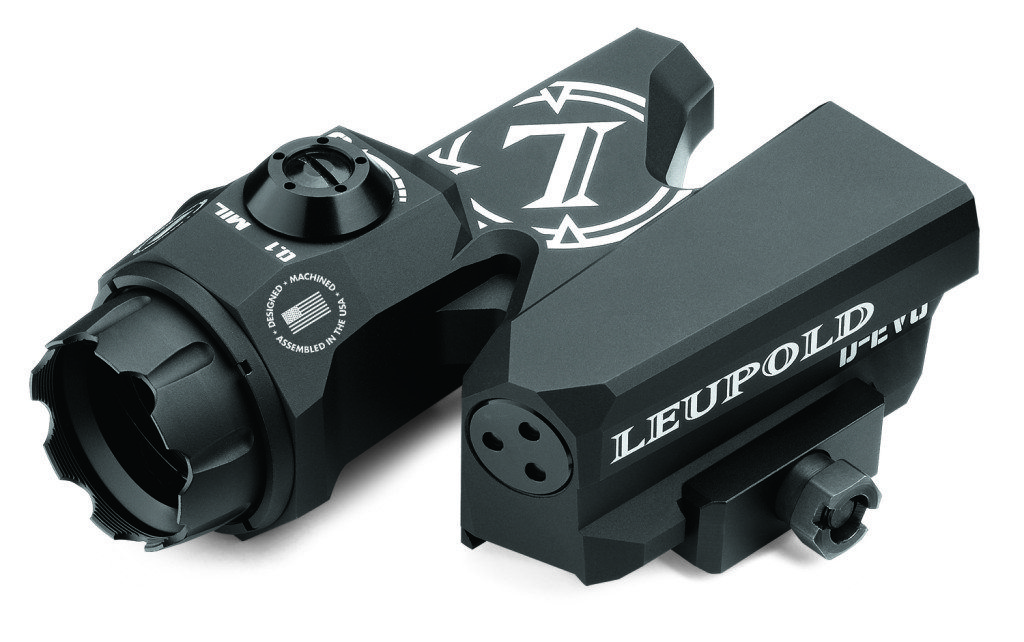 BEAVERTON, Ore. — Leupold & Stevens, Inc., has completely rewritten the book on add-on magnifiers with the introduction of the Dual Enhanced View Optic (D-EVO™).

Designed to be used with the Leupold® Carbine Optic™ (LCO™) or other red dot, holographic or reflex sights, the D-EVO delivers 6X magnification without the need for the operator to move his or her head or change cheekwelds. The operator simply looks down a few inches for a clear, 6X sight picture featuring one of Leupold’s most versatile reticles. Nothing needs to move but the operators eyes.

“D-EVO was developed with input from some of the tactical industry’s top instructors and combat veterans,” said Tim Lesser, director of product development for Leupold & Stevens, Inc. “The shortcomings of other dual optics systems, like flip-up magnifiers, led us to believe there was a better solution for our warfighters. D-EVO is that solution.”

The z-shaped D-EVO features a 6x20mm optics package, and is designed to “look around” the CQB sight. The eyepiece is situated just a few inches below the red dot window. With Leupold’s CMR-W™ reticle, the D-EVO adds mid-range accuracy and wind holds well beyond those of the red dot alone.

At just 4.6″ long, the D-EVO takes up just 3.2″ of rail space, allowing for additional accessories. Its light 13.8 ounces won’t weigh down a soldier or varmint hunter’s rifle. D-EVO is rugged and reliable; it can be used on its own as a primary optic. At only 2″ tall, it’s a low-profile option for any rifle.

Even with a package this compact, the D-EVO allows 50 MOA of adjustment for both elevation and windage, with 0.1 mil adjustment dials, compatible with the majority of reticles in use by military shooters and spotters.

Designed, manufactured and assembled in Beaverton, Oregon, D-EVO is built with Leupold’s legendary ruggedness and durability. Completely shock and fog proof, D-EVO is waterproof to 66 feet below the surface. D-EVO is covered by the Leupold Gold Ring™ Full Lifetime Guarantee.

The D-EVO is a useful and revolutionary tool that will help shooters quickly switch between sight pictures while keep a cheek weld. If you’ve ever shot with a 45-degree off-set red dot or irons you will understand why having a scope that allows you to go from 6x magnification to a red dot without moving is useful. It also solves the problem of acquiring a target and then zooming in for an accurate shot, as it’s easy to acquire the target using your red dot, and then simply glance down to the D-EVO to zoom in on the sweet spot. 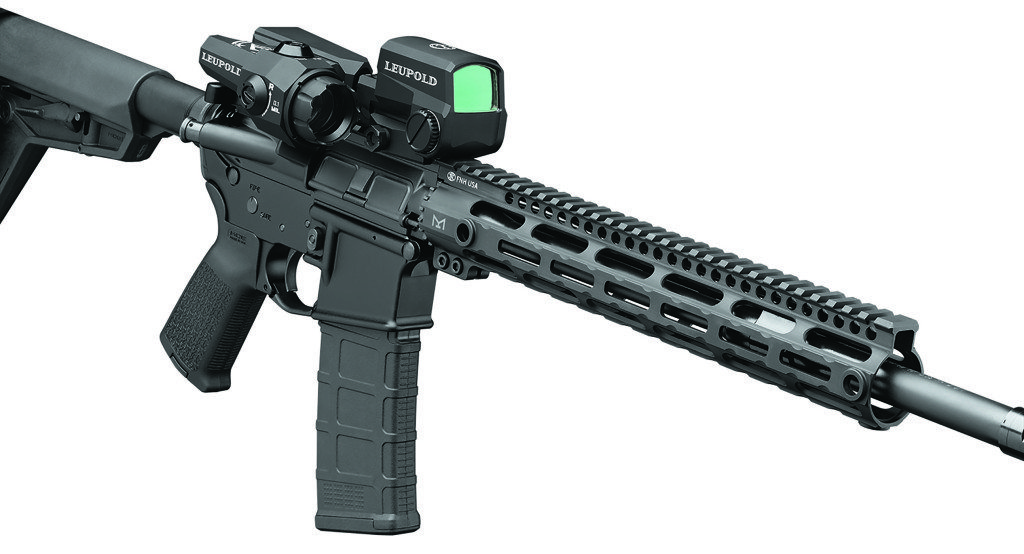 The fact the sight is able to “look around” your red dot sight and still maintain accuracy and, more pointedly, clarity is an impressive bit of engineering. While strange to look at, the D-EVO is certainly an interesting optic, and we appreciate the science that goes into it.

Since the D-EVO is a new product, it’s currently only available in a 6x magnification. We would like to see some other options. Also, it currently boasts a pretty steep price tag, and is listed on Leupold’s website for $1,874.99.

We’re excited by the D-EVO, and we think it’s a useful tool that is only going to become more popular as time goes on the price starts dropping.

Originally published in the March 2015 issue of GunUp the Magazine.