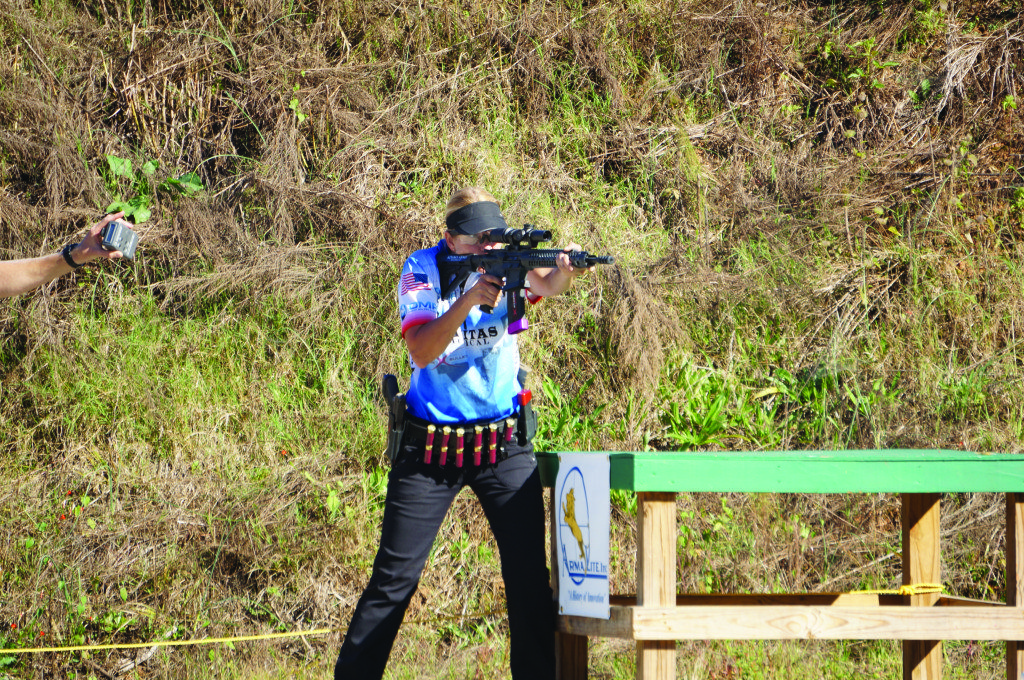 Over Halloween weekend, more than 180 women gathered in Atlanta, Ga. for the first inaugural Brownell’s Lady 3-Gun. This was a match that made history – it was the first major match that only women were competing in.

The first thing you should know is that the match itself was a total success. I shot it and found that the stages were straightforward and easily manageable for newer shooters – many of which there were – but also could be shot in such a way that created challenging times for the professional shooters to try and beat.

There weren’t any long-range rifle shots like I saw at the Rock Castle Pro-Am or Crimson Trace’s Midnight 3-Gun match. The range didn’t allow for such shots. Where challenges were presented were in arrays of steel – which could be engaged with either shotgun or pistol. These required shooters to make a decision as to whether they’d prefer to reload a shotgun or make some more difficult shots with a pistol. For me, this meant the pistol every time.

The one thing I wanted to know going into the match is what was bringing these women out. What was it about a “Ladies Only” 3-Gun match that women found so much more approachable than other majors? 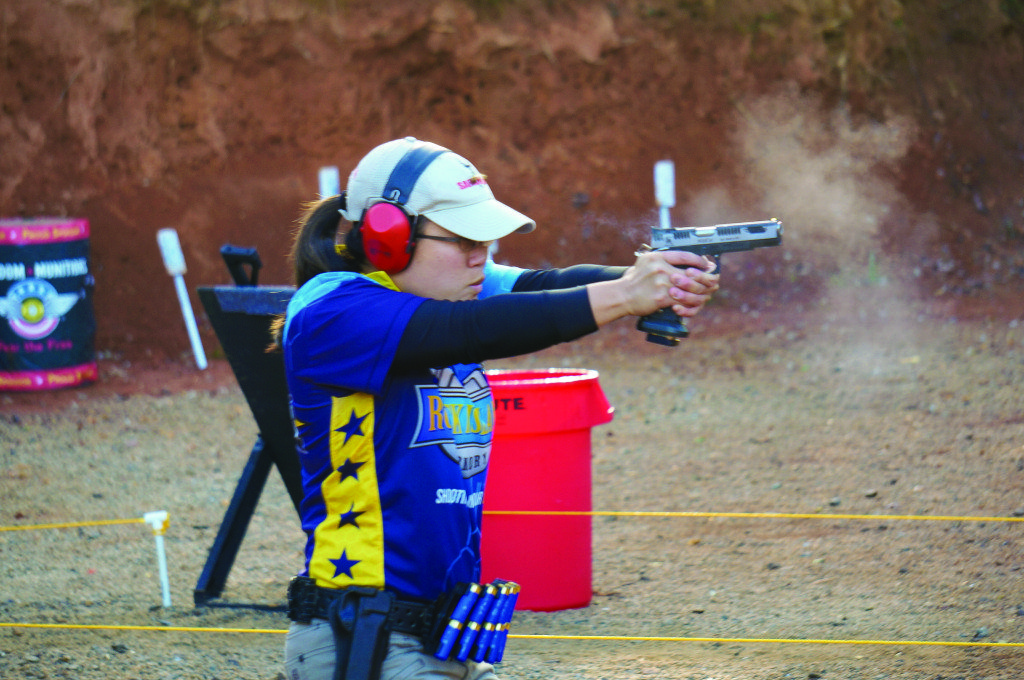 There was an air of excitement and camaraderie that I haven’t seen before. While some matches are set up as a ProAm, with professional shooters helping amateurs, and shooters are willing to help one another at any match, these were women helping women. We were just shooters helping one another through the match and supporting one another as best we could, we were all in the same boat, and everyone was comfortable around one another, having a good time and enjoying the match!

One great example was my shotgun problems. Due to my own negligence (apparently you’re supposed to clean guns?) I was plagued by shotgun problems through several stages – causing me to max out the time more than once. The ladies on my squad were incredibly supportive, offering to let me use their equipment. Stubborn as I am, I declined their generous offers and took my gun over to another bay where Mark Roth was acting as an on-site troubleshooter. He cleaned my gun up and sent me on my way, so I was able to finish up the match in peace.

There were a lot of women throughout the match who were there to shoot their first 3-Gun match. Most of those I spoke to had started shooting for self-defense purposes. They were concerned about protecting themselves or their families, they were worried about the state of politics, and they wanted to know they could take care of themselves. As happens – self-defense shooting evolved into higher-level training, which evolved into competition, and now they were at their first 3-Gun match! 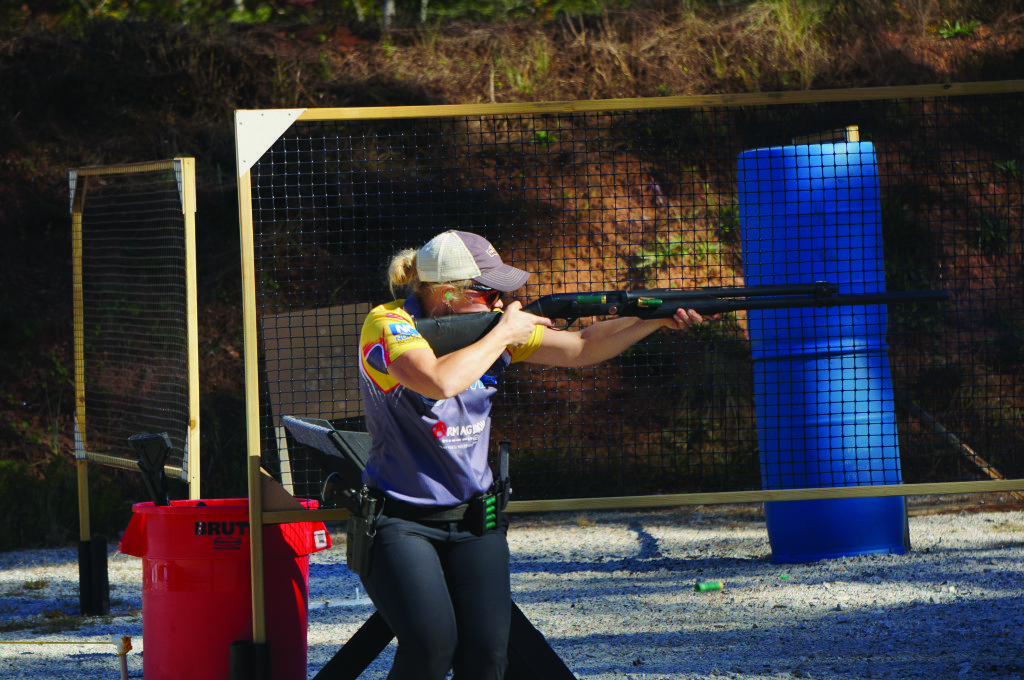 There were also a lot of children present shooting with or supporting their mothers from the sidelines. While shooting has always been a family sport, even at the top levels, with families such as the Miculeks and the Cerinos travelling and shooting together, seeing the number of families that turned out to support one another at this match was impressive. On my squad alone, we had two mother-daughter teams that worked together throughout the match.

Overall, the air surrounding the match wasn’t one of competition. It was one of friendship. It didn’t feel like a match, but like a weekend-long party with guns. There was a costume contest, a wine social (after the shooting of course), and plenty of generic jovial gallivanting. 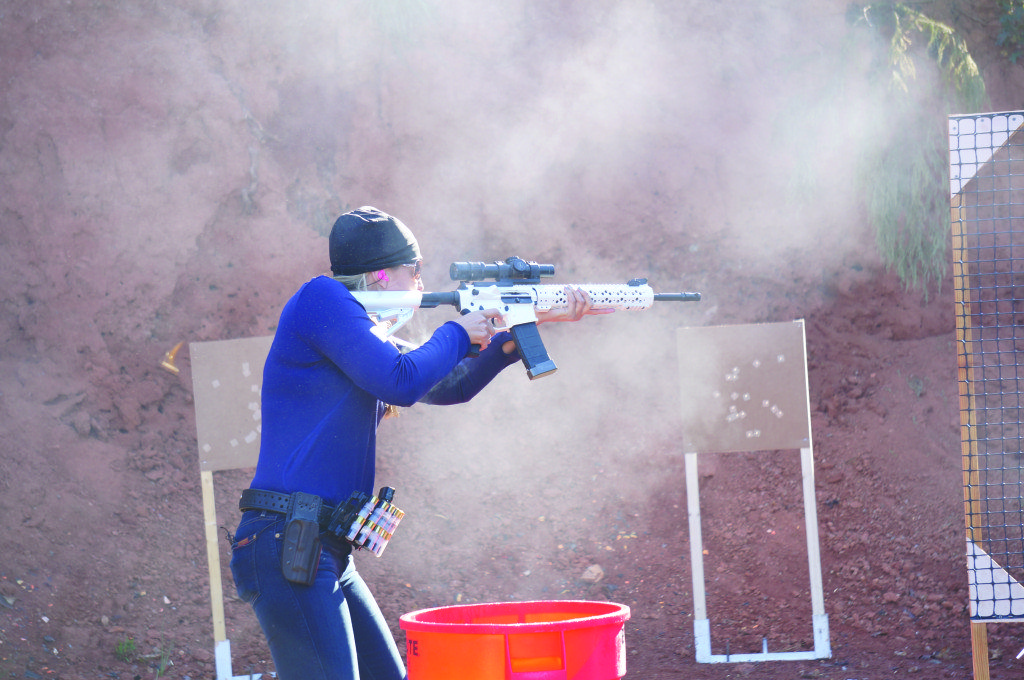 Another thing the match really did right was the prize table, which was extensive. Plenty of companies stepped up to sponsor and support the match (as you can see), bringing over 260,000 dollars worth of prizes. Even as low on the prize list as I was, I was able to walk away with a bag full of Magpul gear and other valuables.

The Brownell’s Lady 3-Gun match wasn’t about the match. It was about the women, the sportsmanship, and the fun. I hope in the future more matches can capture the sense of “having a good time” that pervaded the weekend. Even if it hadn’t been over a holiday, I can’t help but think it still would have felt like one.

By Shelley Rae. Originally published in the December 2014 issue of GunUp the Magazine.