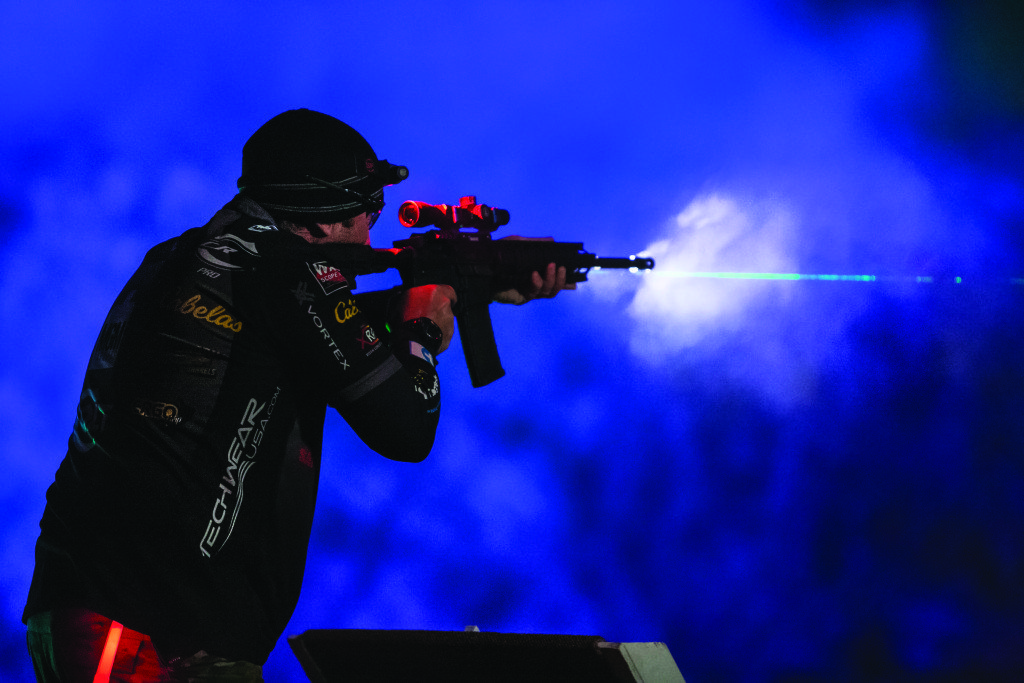 At the beginning of December, the following letter was sent out regarding the 2015 Midnight 3-Gun:

It is with a twinge of sadness that I’m informing you today of the following news: We have made the strategic decision to formally end the world’s first night time and premiere 3-Gun competition, the Crimson Trace Midnight 3-Gun Invitational.

I know this will be a disappointment to many of you, but after much discussion, deliberation and thought, we’ve decided to go out on top, leaving each of you and the industry wanting more.

When we conceived M3GI almost 4 years ago now, it was in the context of “what’s the next, big thing we can do?” From a business perspective, M3GI – with your help and support – accomplished everything we wanted from the event. And more.

What’s the next big thing for Crimson Trace that’s best for our business? In the end, it’s the perfect time to take our strength, creativity, formidable resources and utilize them elsewhere.

But there is good news: For those of you who believe in the concept and just can’t get enough, Jim Shepherd, founder of The Outdoor Wire and the Outdoor Wire Digital Network, believes so strongly in the concept that he and his partners have formed a new company Starlight 3 Gun, LLC to take the ground breaking M3GI concept to the next level.

While we don’t have a formal relationship with Starlight 3Gun, I can tell you that we have given our full permission for them to take our groundbreaking concept, put their resources behind it and see where it goes. I’m sure each of you will hear from them in the coming weeks and months as they devise “what’s next”.

We will never be able to thank each of you enough for all the support of our little event. I can honestly tell you that we don’t take much credit for the success and growth of M3GI, because that credit really belongs to everyone reading this announcement. We had a helluvalotta fun over the past 3 years and will miss the dust in our teeth, 2am granola bar hording and the glow of your lightsticks. We should all feel great about being brave enough to do something crazy, turning into a huge success and making it difference in our Industry.

Thank you again for supporting and advocating our message:

No personal protection firearm is complete without a laser sighting system.

Have a great holiday season with friends & family, 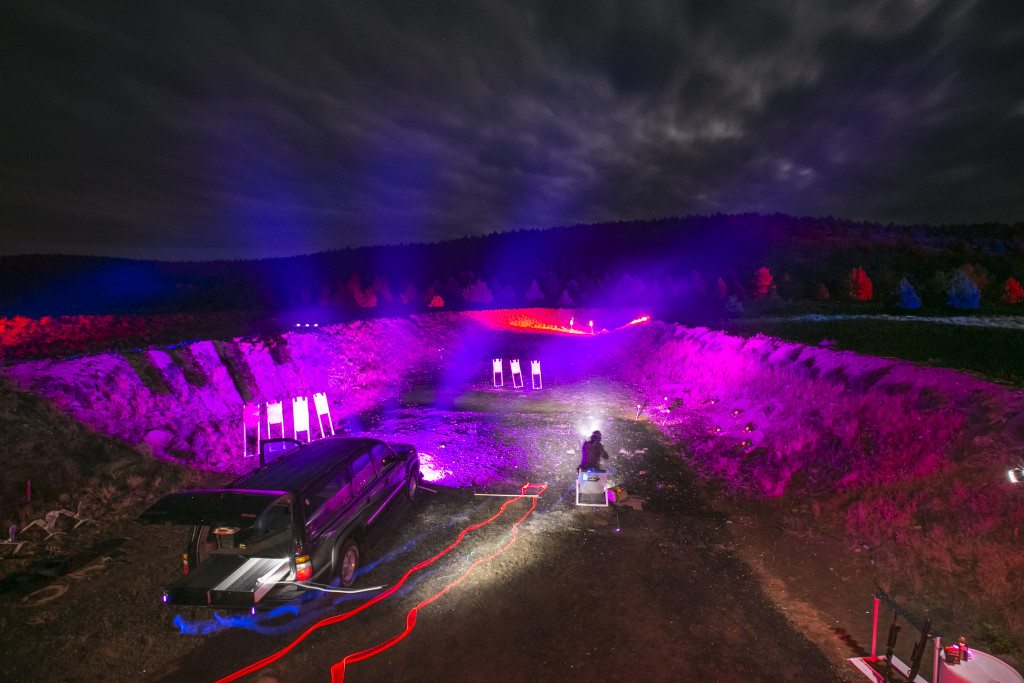 For those of you who have been following GunUp over the past two years, you know that we are huge fans of not only Crimson Trace and the people there, but the Midnight 3-Gun match. We’re sorry to see it go, it’s one of the events we look forward to the most every year, stacked right up at the top of the list next to the Bianchi Cup.

Fortunately, a few days after this letter went out, the Shooting Wire posted a press release on the upcoming Starlight 3-Gun matches, which are sure to be success.

According to the release:

The inaugural ‘Starlight 3-Gun’ will feature three-days of amateur and professional competition at an east-coast location yet to be announced. There will be an open enrollment for experienced 3-gun competitors and interested shooters who are new to 3-gun competition will have the opportunity to qualify the Starlight 3-Gun via participation in other qualifying 3-gun events.

For the full press release, go to shootingwire.com/story/334858

The press release also suggested that Starlight 3-Gun has some large aspirations. It quotes Jim Sheperd, managing partner of the new company, saying:

“Our long-term goal is to popularize the concept of athletic shooting competitions and create local, regional and national events where everyone from a young children shooting beginner courses can compete at the same venue as the pros. The full-blown pro circuit will combine TV, online and live events to fill up arenas and athletic facilities across the country. Our goal is to make shooting competitions entertaining- and to do that, we’re amping up the entertainment value- without sacrificing safety.

It looks like the Midnight 3-Gun set up is going mainstream. The new events are meant to be accessible to all different levels of shooters and, eventually, across the country. 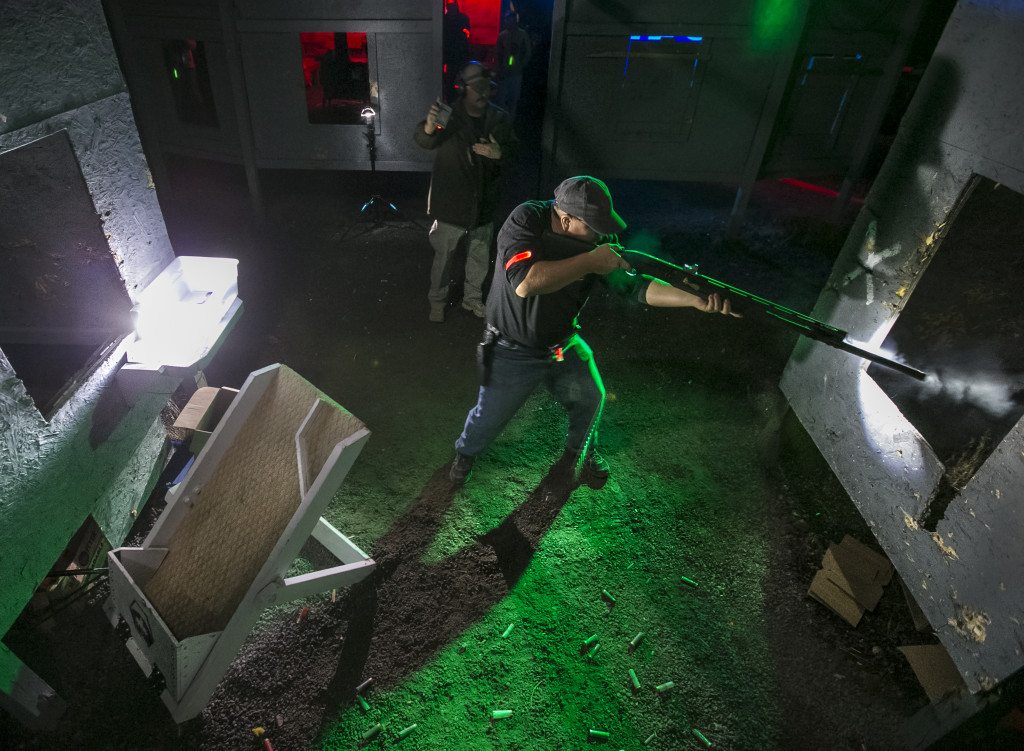 One of the things we’re excited to see Jim Sheperd talking about is getting more young people involved by integrating shooting and athleticism:

The M3GI competitors used lights and lasers, we’re going to add in fog, thumping music, strobe lights, pyrotechnics, and a true ‘event’ atmosphere. It won’t impact the shooters, but it will showcase the skills our shooting professionals have right now. Young people who see these events will want to become shooting pros because they’ll see a sport that integrates shooting skills with athleticism.

Staying fit and healthy is something we believe in strongly here at GunUp, and while we’re sad to be losing one of our favorite events, it sounds like Starlight 3-Gun is trying to do something amazing. It’s great to see the shooting sports trying to appeal to a younger demographic in a very real way.

New shooting sports are constantly on the rise – and not all of them make it. It will be interesting to see if Starlight 3-Gun can evolve from a niche single-event to a real force in the shooting sports world. After the experiences we’ve had at Midnight 3-Gun, we won’t hesitate to say that a nighttime 3-Gun match is a truly unique and difficult experience we would love to see brought to a nationwide audience.

Keep an eye out for Starlight 3-Gun. It could be your chance to play.

Originally published in the February 2015 issue of GunUp the Magazine.