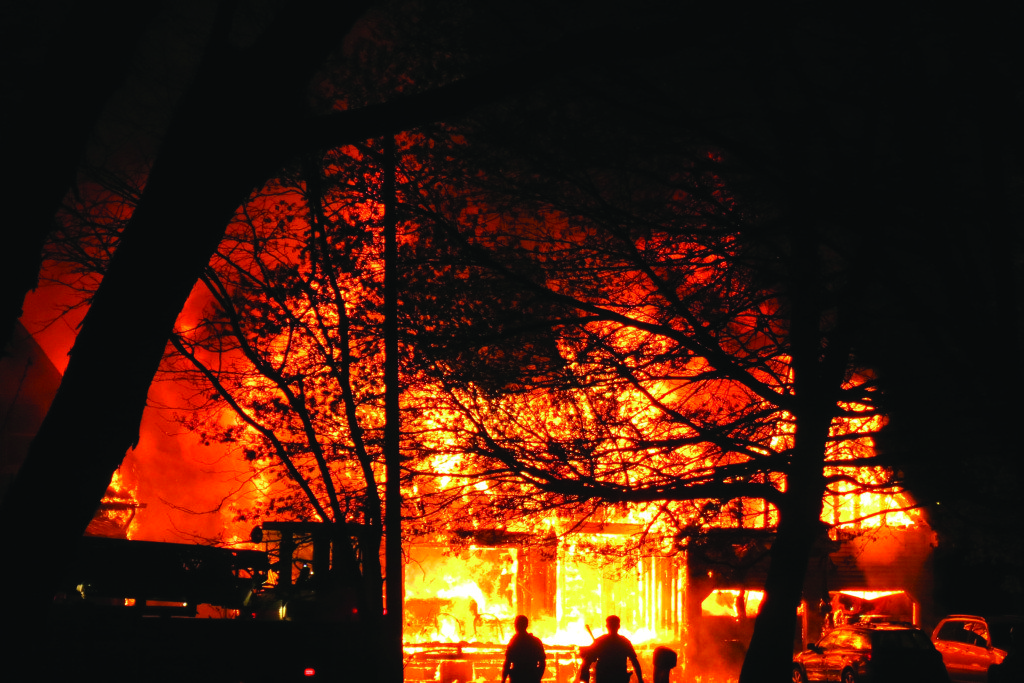 Early in the morning, the day after Easter, my house burned down.  I woke up around 0430 and for no explicable reason, got up and started wandering around the house.  I was halfway through the house when I saw the front porch completely engulfed in flame.   I started yelling that the house was on fire, and my girlfriend and I gathered up her kids and escaped out the back of the house, with me calling 9-1-1 on the way out the door.  It was probably less than five minutes between me waking up and the fire getting through the wall and finally filling the house with smoke.  It’s also worthwhile to point out that the smoke detectors didn’t start going off until then, and we’d have never been able to save the kids if we hadn’t woken until they went off.  The fire department was there five to ten minutes later, but my house was already a lost cause by then.

As things are settling down a little, I wanted to put together a list of some lessons learned from this; some are specific to owning firearms and some more generic ones, and Shelley has been kind enough to give me someplace to share this.

Here’s What I Learned:

1.  The fire rating of your safe doesn’t mean quite as much when there’s a plastic electrical pass-through in the back to power a dehumidifier.  The heat didn’t destroy the contents.  But the pass-through melting let in a fair bit of water and smoke.  The guns that were in their plastic containers had enough extra protection to be just fine.  A little smelly, but fine.  The rest all needed to be cleaned and recoated.  Because it took a week for me to get into the safe, the blue firearms (thankfully cheaper Mosins and an SKS) were a little rusted.

2.  Don’t waste time contacting your local safe vendor rep.  My local Liberty dealer was on vacation that week.  When he wasn’t there, I was too caught up in dealing with basics like food, shelter, and clothes to think beyond that.  If I’d called Liberty that day instead of him, I could have gotten the guns that day instead of giving the moisture a week to do its work.  I’d also like to mention that all of the firefighters wanted to know the brand of the safe, because they’d seen a lesser fire completely melt another brand of safe before.

3.  Lock up your ammo. Not necessarily in a safe, but at least keep it in a metal ammo can. The heat of the fire was enough to send rifle bullets 60 to 70 feet when they cooked off, denting cars down the street.  The pistol bullets didn’t appear to travel, but there were ruptured .45 ACP cases in the yards across the street.

4. The NRA has $2,500 of firearms insurance available for all members, and it covers loss or theft.  HOWEVER, you have to activate it.  If you don’t go to their site and activate it, you don’t have the coverage.

5. The only reason my neighbors house actually caught on fire was because he had left two gas cans by the corner of his house.  The neighbor on the other side only had melted siding.  If you’re going to store something flammable outside of your house, don’t leave it close enough that it could light up your home if it ignites. 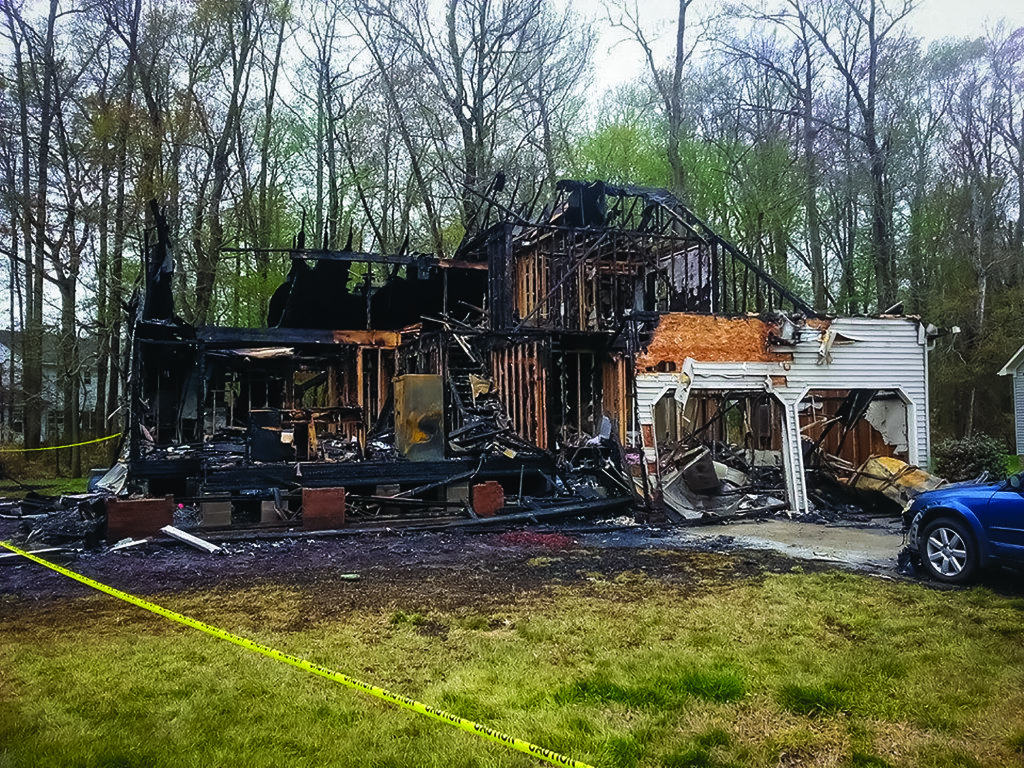 In a more general sense, what areas burned and what areas didn’t was very surprising.  My home had a large vaulted ceiling.  The front and back of the first floor were split by a loft upstairs, and the second and third bedrooms were off of that loft.  So once the fire got inside, it had plenty of room to churn around.  The contents of our half-bath, in the middle of the first floor were untouched, presumably in part because the door was shut.  The next day, the bottles of soap from there were in perfect condition, on top of all the debris.

Upstairs, the door to the room that my girlfriend’s son was in was open, and the contents were reduced to charcoal, in every literal sense of the word.  The bedroom right next to it, which had the door shut, had contents that were barely touched.  My extra gunpowder was in that room, and the only thing missing from them was the labels, which apparently melted off.

Our master bedroom was downstairs, and probably would have been fine if I’d happened to shut the door.  Most of the clothes in the dresser were in perfect condition.  The bedroom closet door was open, so most of the clothes in there were a total loss.  However, I had some summer shirts and shorts in a vacuum bag in the back of the closet, and those were perfect.  Other clothes that were inside of some cheap plastic bins were also saved.  Some of my firearms stuff that was under the bed in some plastic bins was also recovered.  My main point being that it’s amazing just how much heat is deflected by something as simple as a plastic lid or a hollow-core bedroom door.  If you don’t have pets, that alone is a good reason to keep every door in your home shut that you can.

By Brian Abbott. Originally published in the June 2015 issue of GunUp the Magazine.