Delivering over 2000 fps in a handgun while offering both single stack and high capacity options, the Armscor 22 TCM introduces the most potent and versatile 1911 in the market today. The Armscor 22 TCM is known for light recoil without sacrifice in muzzle energy and penetrating impact abilities. Also built in mid size, full size and high capacity options with both Standard and Tactical configurations, each TCM series handgun includes a drop-in 9mm barrel adding another proven ammunition option in one firearm.

The all-new Armscor 22TCM9R™ round matches the length of a 9mm cartridge, allowing it to feed and function properly in supported 9mm firearms.

This cartridge gives you the ability to fire .22 caliber bullets at speeds of over 2,000 fps, increasing accuracy and ballistic performance in flight. In addition, the increased speed produces approximately 312 ft/lbs of energy, nearly double the impact energy of most .22LR bullets. 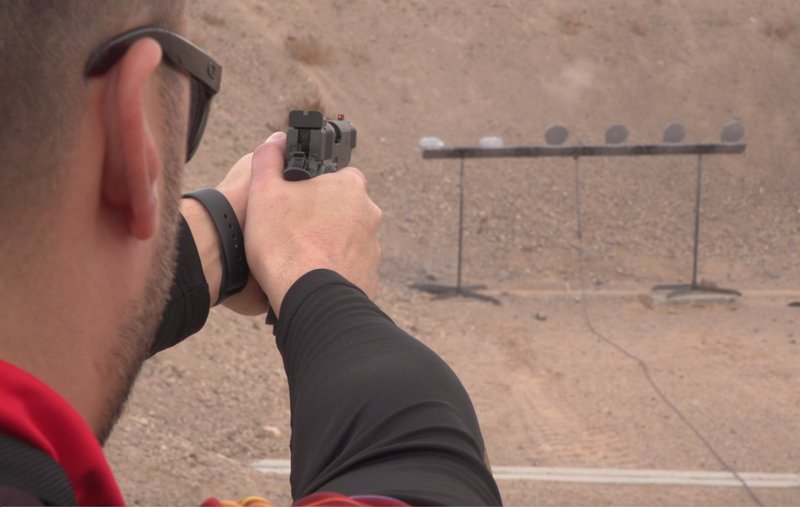 I got one of the 22TCM/9MM combo in the 1911. Awesome gun. If you haven't tried the 22TCM, you really should. but be warned, you'll probably buy it. Fire ball and thunder, recoil like a 22LR.

The Mossberg MC2c handgun holds 16+1 rounds at the ready in a sleek, compact, ergonomic design! With a wide range of finishes and sighting options, you’ll always have just what you need for personal and home protection. Backed by the reliability and innovation that makes it a Mossberg. MOSSBERG MC2C SPECS: CAPACITY: 10+1, 14+1, and...

Smith & Wesson Brands, Inc. recently announced that they will be offering a rebate with the purchase of select Smith & Wesson M&P Shield Plus pistols. Smith & Wesson’s premier polymer micro-compact 9mm handgun, the Shield Plus, features a variety of enhancements, including a flat-face trigger, an optimized grip texture designed for concealed carry, and...