The Crime Prevention Research Center (CPRC) has just issued their annual report on the number of concealed handgun permits in the US. 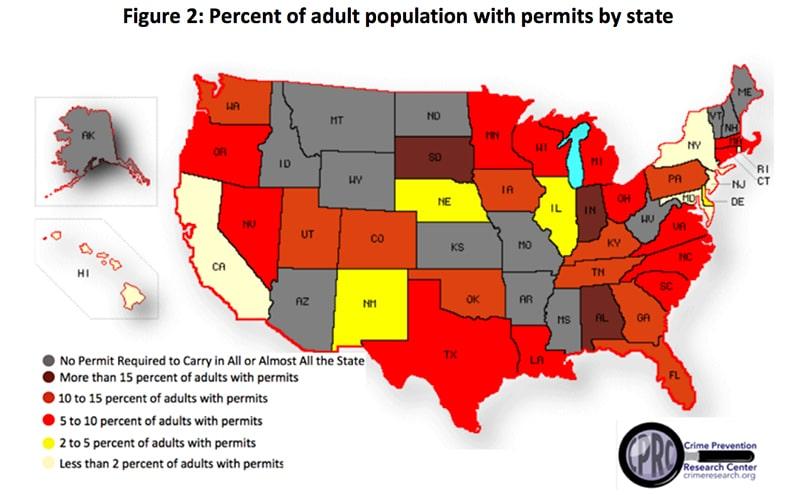 Related Stories: Know The Numbers: US Gun Ownership By State

The report is available to be downloaded here. Past reports can be viewed here. CLick her for the original article.

The Ronin EMP combines the popular features of the Ronin series with the patented CCW-ready modifications that made the Enhanced Micro Pistol (EMP) the smallest 1911 in the world. The patented EMP design stands apart in the 1911 market, having been specifically engineered around the 9mm cartridge. The reduced-size frame and 3” barrel gives you […]

Springfield Armory is proud to announce the latest in the XD-M Elite family of firearms. Introducing the XD-M Elite Compact OSP in 10mm. Compact yet powerful, it packs in 11+1 rounds of powerful cartridge. And the optics ready milled slide results in an extremely powerful and capable every day carry pistol. The legendary power of […]

When it comes to concealed carry, I’m not a big fan of off-body carry. You can definitely have something in a separate backpack, and I mean there’s a lot of concealed carry compartments that are included in a lot of those packs, and I like that option mainly for a backup. But, I personally like […]

Corey Martello, 37, from Jericho and Hunter Bessette, 24, from Northfield have been charged with taking deer by illegal means, taking deer in closed season, spotting and locating wildlife, shooting from a motor vehicle, cocked crossbow in a motor vehicle, failure to stop for a Game Warden, careless and negligent operation, and attempting to elude […]