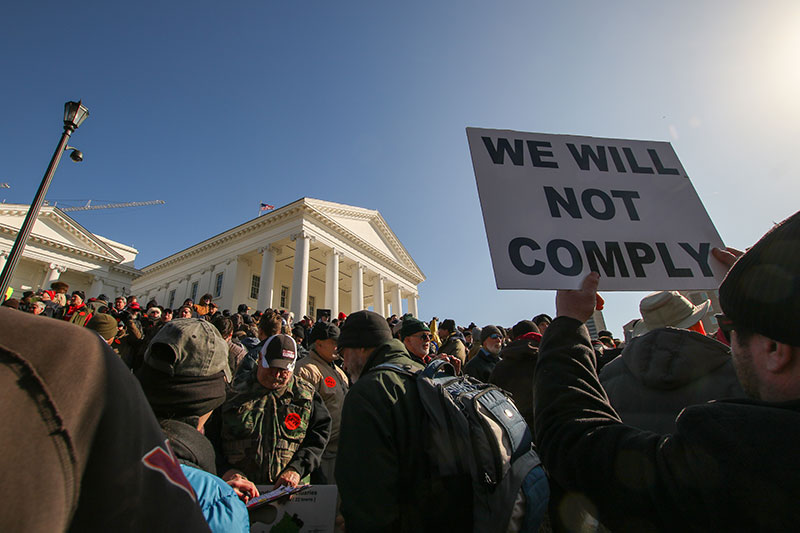 These two gun control bills are expected to have enough support to pass both chambers of the General Assembly and both have the support of Gov. Ralph Northam.

House Bill 674, which is the red-flag law, would allow a judge or a magistrate to order police to seize a weapon from a person’s home if that person is deemed to be a threat to himself or others. A person who has his guns seized would be guaranteed a hearing no later than 14 days afterward. A person would not need to be convicted of a crime, charged with a crime or even accused of a crime for his guns to be taken away, but the seizure only would be temporary.

The law would require police first request that the person hand his guns over before they can search his house. Police can ask for a search warrant if the person refuses to hand over his guns or says he does not have any when the police believe he does.

The substitute version of House Bill 1083, which passed the committee, 9-6, would make it a Class 1 misdemeanor to recklessly allow a child under the age of 14 to access a loaded firearm. Current law provides a Class 3 misdemeanor.

The Senate committee blocked more aggressive legislation that was considered earlier this month. That legislation would have made it a Class 3 misdemeanor to recklessly allow a minor under the age of 18 to access a loaded firearm. Opponents worried that the reckless standard was too vague and that it could be used to prosecute a person who lets a minor access a firearm even if that minor knows how to use one.

The committee also advanced House Bill 421, which gives localities more authority to pass firearm restrictions, and House Bill 812, which would prohibit a person from buying more than one handgun in a 30-day period.