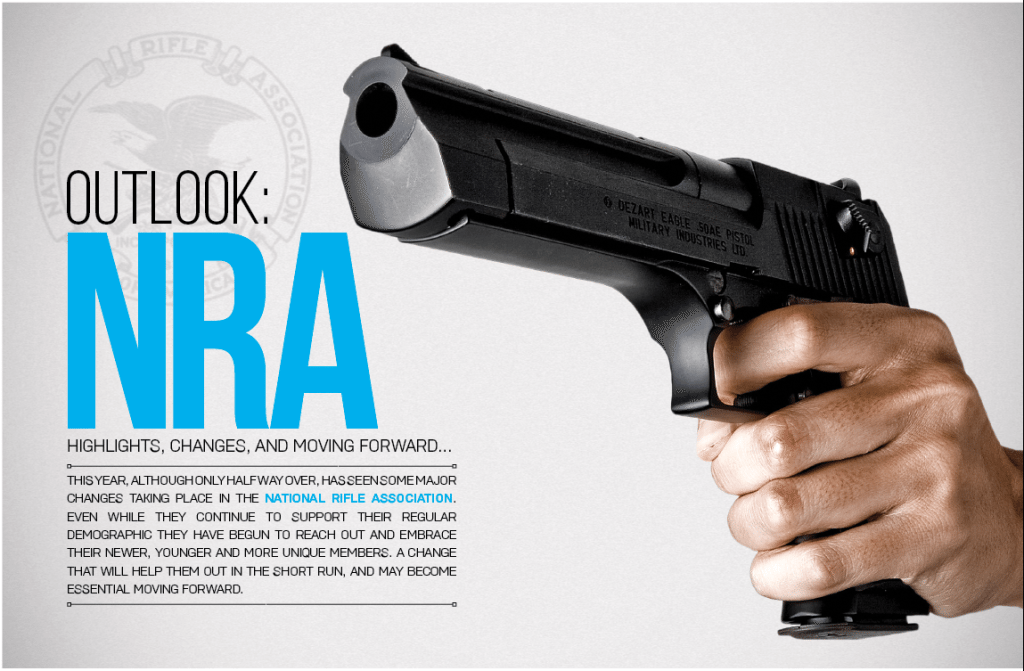 Although only half way over, 2013 has seen some major changes taking place in the National Rifle Association. Even while they continue to support their regular demographic they have begun to reach out and embrace newer, younger and different demographics. A change that will help them out in the short run, and may become essential moving forward.

The NRA News has arguably lead the way, hiring a set of young and vibrant commentators to add a different perspective to their network. In March, NRA News announced that they had hired YouTube personality Coloin Noir, a law school graduate who just recently passed the bar and refers to himself as “The Urban Gun Enthusiast.”

Coloin addresses a lot of issues surrounding the Second Amendment, minorities and frankly posts some really cool pictures on his website. Coloin likes to call out people’s ignorance on both sides of the debate, and is ready to speak the truth even if you don’t want to hear it. He’s more than happy to make fun of himself and just about anyone else and is willing to make controversial statements, including calling out those who carry a 9mm (like himself) as afflicted with “capacity obsessive compulsive disorder.”

Not too long after Coloin was hired, NRA News announced Natalie Foster and Dom Raso as new commentators as well. Dom Raso is a U.S. Navy Seal veteran who believes very strongly in freedom. In his introduction on NRA News’ website he’s quoted saying, “As long as humans exist, there will be weapons in this world. We’re better off knowing to use them and apply them for the right reasons – than not knowing how to use them.”

Natalie Foster was also introduced as one of the new NRA News commentators. Natalie runs the website A Girl’s Guide to Guns and girlsguidetoguns.com, meant to serve as a comfortable place for women to find information on the shooting industry. Natalie is (we’ll say it, hopefully she’ll forgive us) a girly girl from California who we have had the opportunity to watch grow from someone who was working in the gun industry to someone who is truly passionate about firearms and freedom. Natalie does an excellent job reaching out to different demographics and people who might otherwise be uncomfortable around firearms, and making everyone feel included while making excellent points about the Second Amendment and women’s issues within the industry.

Adding these personalities to NRA News is an excellent sign of the changes the NRA is making to reach a wider audience.

The NRA has been doing a lot of work to promote their women’s programs, including launching nrawomen.tv. The website is dedicated to spotlighting different women shooters, different events and ways in which women can get involved in the NRA.

One of these is the Women’s Leadership Forum, which is dedicated to uniting women of influence to defend the Second Amendment and securing the future of the NRA through philanthropic leadership. The donation-based organization hosts events and retreats for influential women in an attempt to encourage other women to get involved in firearms and get out on the range.

The NRA Women’s organization has also been doing interviews with some of the top women shooters and influential women in the media and shooting sports. Their “Tips & Tactics” series features videos by top women shooters covering topics including shooting, safety, hunting and competition. Commentators include Dianna Liedorff, police officer and member of the FN 3-Gun Team, as well as Kim Rhode, record setting Olympic gold medal winner.

Also on their website can be found the “New Energy” series, videos introducing different women in the NRA who are making a difference. Any women can submit their story, and they have profiled women such as jazz singer and firearms enthusiast Aysha Webb.

They also have a space to spotlight women in the firearms industry. Any women who is a shooter can submit a profile to the site. Their “Armed & Fabulous” profiles feature some of the most influential women in the NRA, as well as some of the top shooters. Women can write their own bio, discussing why they decided to start shooting and what they’re favorite part about being a gun owner is, and submit it to the site for the chance to be featured with these outstanding ladies.

There is a lot of room for NRA Women’s to expand, they have a “Lifestyle” area that promises to feature gear and grub, “Coming Soon.” There is also information on the NRA’s Refuse to be a Victim training program where interested women can discover classes in their area. This section also features videos of women who have stood their ground and refused to be a victim. Each week they have an “Armed Woman of the Week” and any can share their stories. 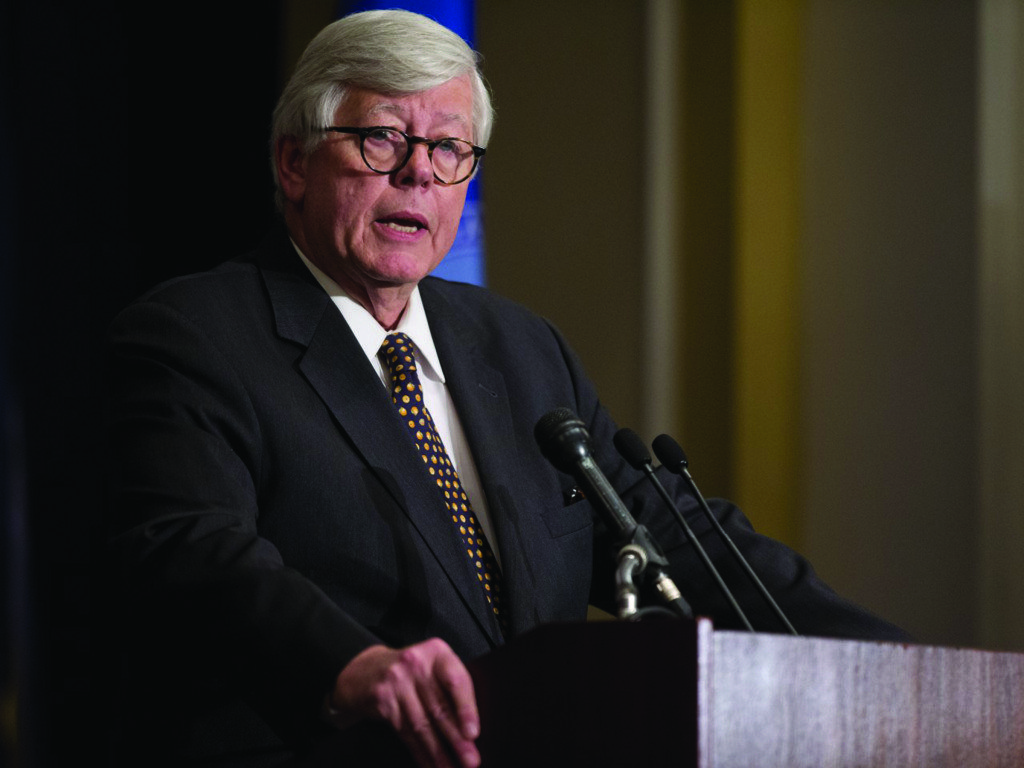 Before being elected, each President must go through two years a second vice president of the board and two years as first vice president. Mr. Porter has also been the head of the NRA’s legal affairs committee, has volunteered his legal counsel to the NRA in federal court litigation and has been a trustee of the NRA Civil Right Defense Fund.

There are conflicting opinions about the election of Mr. Porter, whose views are strongly in line with the traditionally conservative NRA and less inline with the new, younger crowd that the NRA has started to target. Regardless of how he approaches it though, at the end of the day Mr. Porter is dedicated to maintaining our Second Amendment freedoms, which is the purpose of the NRA and a thing that the NRA has done and continues to do extremely well.

One of Mr. Porter’s most telling statements from the 2013 NRA Annual Meetings, one that brings hope, is that “We must support friends who support our cause.” The NRA is a single issue organization and their Institute of Legislative Action (ILA) has worked tirelessly to preserve the rights of gun owners. The changes they are making to embrace the new generation of gun owners are extremely exciting (at least for those of us who fall into the category) but there will always be a need for them to preserve their original demographic – the people who fund the fight and have done so for 142 years.

The NRA is making huge changes and continuing to fight for the one thing they were created to fight for: the Second Amendment. As gun owners we should be supportive of what they are doing, and especially the positive changes they are making in branching out to different demographics. The NRA may be anchored in tradition, but they are a large organization making some forward-thinking moves, something that was very apparent at the 2013 NRA Annual Meetings.

By Shelley Rae. Originally published in the June 2013 issue of GunUp the Magazine.