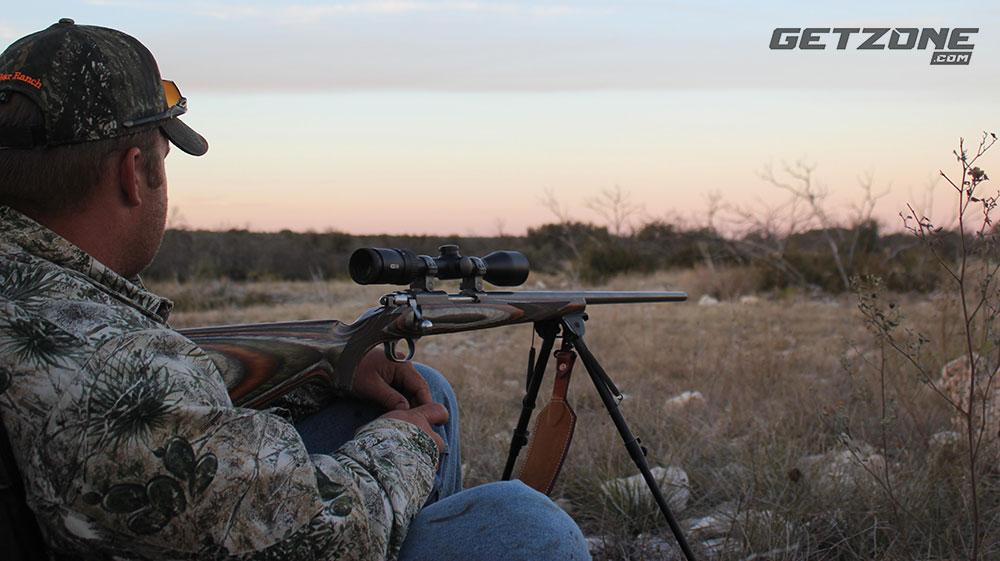 Predator Control: What Works & What Doesn’t

If you’re serious about managing game you need to keep your predators in check. But what’s the most effective means by which to do that?

Humans have always had a rocky relationship with predatory species. In ages past our animosity toward large predators like lions, wolves and bears were rooted in the fact that, in many cases, humans were on the menu for these animals. History contradicts the notion that predators “only eat humans when they are desperate.” In France, for instance, records indicate there were no less than 7,600 confirmed wolf attacks on humans between the thirteenth and twentieth century. More commonly, though, predators like coyotes, wolves, bears, and cougars feed on valuable livestock and these predators quickly learn that it’s much simpler to pull down a Dorset ewe than a cow elk.

Predator control measures have been in place since before the days of American independence but there’s renewed interest in the topic since more and more private landowners are managing their land for wildlife. But as any coyote hunter can tell you predators are clever and they do an admirable job avoiding humans — even when they’re sneaking under our noses and killing game.

If you’re going to manage for wildlife managing predators is essential, but what’s the most effective method? And what species are you even targeting? Here’s a look at key elements you’ll need to consider when developing your own predator control strategy.

First Step: What Is Eating Your Game?

I recently wrote an article about predator/prey relationships and that assignment required lots of time spent reading scientific journal articles regarding which predators take the highest toll on a variety of game species. After all, if you’re going to spend your limited time trying to control predators doesn’t it make sense to at least know which predators are eating your game? I thought so, and I figured after a little research I’d have a pretty good handle on which predators are the worst offenders when it comes to declining game populations.

There was plenty of good research to examine, but the answers were very rarely cut and dry. One issue is predation on game species is oftentimes specific to the habitat type. Bobcats, for instance, was the top predator of fawns in the forested areas of northern Wisconsin in one study, with wolves following them closely. There were coyotes in the area but, strangely, the coyotes rarely preyed on deer. In more open farmland areas of the state, though, coyotes killed more whitetail fawns than any other predatory species. My suspicion — and this is only speculation — is that coyote densities are lower in forested areas and that the coyotes may be avoiding areas where wolves are likely to be found, and those areas may be where fawns are found. In areas where human habitation was high even feral or unrestrained dogs took a toll on fawns. Some species — black bears specifically — target deer at certain times of the year. Roving black bears ate fawns regularly in the spring, but as the year progressed and there were fewer and fewer newborn fawns bears killed fewer and fewer deer.

There are a rather limited number of predators that feed on whitetails in most parts of the country. If you’re managing for wild turkey, waterfowl, or upland birds, on the other hand, you’ve got to contend with a long list of nest-robbing species. In one study in Texas most turkey eggs were lost to raccoons but, surprisingly, skunks took a relatively low number of eggs despite the fact there were lots of skunks in the area. In other parts of the country, skunks take a higher toll on turkey nests, and possums, weasels, and even ants can consume eggs or kill chicks. In areas where there are large numbers of nesting waterfowl foxes are a major problem and, particularly because foxes (unlike raccoons) will “cache” food and take every egg from a duck nest — sometimes raiding multiple nests in a 24 hour period without consuming more than a few eggs at a time. Small birds, particularly upland birds, fall prey to feral housecats on a regular basis and both coyotes and bobcats regularly kill nesting hen turkeys. Additionally, quail, ducks, pheasants, rabbits, and other game animals are often targets for birds of prey like owls and hawks.

The first step in establishing a predator control plan, then, is to identify what’s killing your game. You can contact your local division of wildlife office, but be careful to avoid any anecdotal evidence. Look for facts, either from field biologists, ecologists, from peer-reviewed papers or your own research after spending time in the woods. If you have a preconceived notion that, say, coyotes are killing all your turkeys or ducks and you start working hard to eradicate ‘yotes on your land what you may find is that foxes (which compete directly with coyotes and avoid the larger canines if possible) will move into areas vacated by coyotes and will actually consume more eggs and young birds since foxes have smaller home ranges and are found in higher densities. Having the right plan demands knowledge of the subject, so do your homework before you start spending time eradicating the wrong predators.

Poison used to be a favorite method of farmers and ranchers for predator control, but in all but the most extreme cases poisoning predators is not an option. That leaves, then, two traditional methods of removal, and those are trapping and traditional hunting. Hunting for predators is an enjoyable pastime that is actually productive, but evidence shows in most cases one hunter of average ability shooting the occasional coyote or fox doesn’t have a major impact on predation of game species. That’s not to say that you shouldn’t do it — I hunt coyotes on my property and if an opportunity for a shot presents itself I take it, but I know that I will never completely eradicate the animals. That’s due in part to the fact that coyotes, foxes, and most other predators are highly territorial. Shoot one dog and another will move in. Hunting predators purposely or taking out a few animals when the opportunity arises may have a positive impact on game populations, but understand that, while fun, it’s a process that must be continued.

More and more frequently I meet landowners that have hired trappers, and this newly increased demand for skilled trappers has actually renewed interest in the sport. And, with the right trapper running lines on your place, you can actually make a dent in predator populations. The best trappers are amazingly skilled at making sets that actually target the right species, but make sure that you keep your domestic animals under supervision. One critical element is that you need to be sure that your trapper is targeting the specific species you want to be removed. It’s doing very little to help your whitetail numbers if your trapper is targeting muskrats.

Some predatory species, however, are simply immune to hunting or trapping. Birds of prey, for instance, have been granted nationwide protection and killing one is a major offense. But that doesn’t mean that trapping or hunting is the only or even the best options for predator control…

You don’t have to kill predators to keep them from feeding on your game — simply making it more difficult for them to hunt successfully will often do the trick. Hawks and owls, which were mentioned previously, are notoriously efficient small game predators. But plenty of protective cover you can have high numbers of small game and even upland birds in areas where there are hawks and owls present. On my property, for instance, we run beagles on rabbits. We also have a lot of birds of prey where I live, but my manipulating habitat — specifically building artificial fencerows, clearing brush into piles, planting native cool-season grasses and chopping-and-dropping a few eastern redcedar trees for additional cover — we’ve managed to provide plenty of security cover for the rabbits. That, in turn, has made life more difficult for the birds of prey, though they still take the occasional rabbit.

When you are developing a land management strategy don’t focus simply on nutrition. Many landowners do their best to ensure the bucks on their property have access to high-quality forage throughout the year, but it’s also important to provide enough adequate cover and shelter so that fawns have a good chance of growing into mature animals. And the more loafing cover that deer, turkeys, quail, and other managed species have available to them the more difficulty predators will have finding and killing those species.

How your cover is established can also foil predators. A friend of mine, Russell Edwards of Kentucky, owns and manages Winghaven Lodge near Providence. This 4,000-acre property is primarily a quail-hunting destination, and since virtually every predatory species larger than a wolf spider feeds on quail when given the opportunity Russell has his hands full with predator control. One day while we were hunting birds I noticed that Russell’s mowed paths were often curved, which I found odd. It seemed that other bird hunting lodges tended to have arrow-straight rows, and since Russell is a stickler for details I asked him why he decided to cut arching paths through his bird fields. The answer was simple, and something I’d never thought of; Russell said, predators like foxes, coyotes, bobcats and even feral housecats will sit at the end of straight rows and watch for quail to come out in the open to feed. By curving his paths predatory species have to walk down the length of those paths to find the birds, and the quail have a much better chance of avoiding predation.

Waterfowl managers use a similar trick. Many impoundments have cattails and other vegetation growing in or near the water, and that’s good cover for nesting ducks. But it also provides predators with cover. To combat this, many waterfowl managers mow wide paths around the perimeter of their lake or pond, and that open ground forces predators to show themselves in the open as they stalk the birds. It’s not a foolproof plan, but it does offer one additional line of defense against predation.

Developing Your Own Plan

Predator control is important, but you generally can’t eliminate all predators in the ecosystem. You can, however, take steps to reduce predation, and in doing so you’ll have to first develop your own strategy for reducing the loss of game species. First and foremost you need to know what’s killing your game. Afterward, you can set up a hunting or trapping regiment (or both) and you can provide ample habitat that presents natural hurdles against predation. What will that look like on your property? It’s impossible to say. However, when you develop a plan that works you’ll have more game on your land.

Related Stories: Bears And Guns — In The Land Of The Midnight Sun

At the Ranch – Whitetail: How to Display Sheds