After the breakup between Heizer Defense and DoubleTap both companies fell pretty silent. There was some talk about the DoubleTap after SHOT Show 2013, but not the same hubbub as when the companies originally announced their idea.

At the NRA Annual Meetings in 2013, however, on display in the Feature Product Center on the second floor, was the Heizer Defense HD2, based off of the original concept of the Hezier Defense DoubleTap. The HD2 is a two-shot, break-open .45 ACP pistol that is designed for the ultimate in concealment and pocket carry. 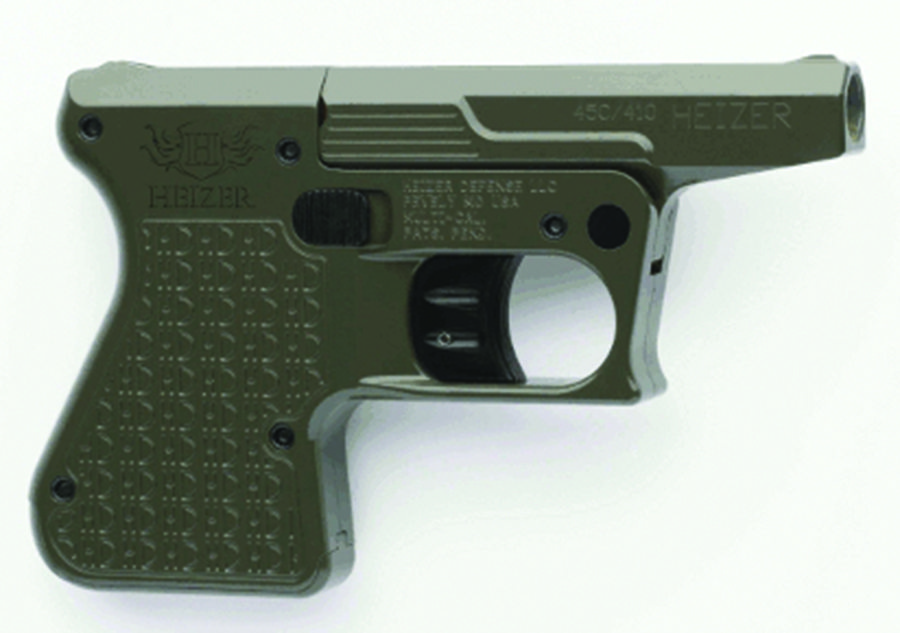 In this same vein, Heizer has also introduced their HD1: A pocket shotgun. The little gun is chambered to fire both .45 Colt and 2.5- or 3-inch .410 shotgun shells. The gun is available in both aluminum and stainless steel, or with a titanium frame construction and Heizer is offering a variety of finishing, including titanium grey, black, and military green.

It will be interesting to watch how these two unique little guns do on the market, as they will undoubtedly be unpleasant to shoot but will provide concealed carry option for people who are concerned about using smaller caliber firearms or who may not have faith in their shot placement abilities. (Find out more at heizerdefense.com)

Originally published in the June 2013 issue of GunUp the Magazine.