When it comes to revolvers, Smith and Wesson is hard to beat.  The S&W Model 351c is super light weight, only weighing 11.4oz. It is a great pocket gun and a decent self-defense round with the right loads. The 22 Magnum is extremely popular. One of the main reasons for this is the mild recoil. They are a lot of fun to take out to the range and have hardly any muzzle flip when firing.  Because of this, a lot of people like this handgun for self-defense.

The revolver has an aluminum frame, an aluminum cylinder, and the aluminum barrel shroud. It also has a number of steel parts including the barrel, cylinder release and ejector rod. The 1.875 inch barrel is short, but that’s what makes it so compact. The crown is deep and is scalloped which is a very nice feature for the 351c AirLite 22.

The Model 351c has an internal hammer, which is different from the pd model which has an external hammer. This makes the revolver double action only which means that when you fire you can’t cock the hammer.

The AirLite is a seven shot revolver and even though it is made out of aluminum, there are a lot of grooves which are used to remove excess weight. The sights are a u-notch at the back and an excess sight, big dot sight, on the front.

For testing, we are going to be shooting CCI 22 Magnum 35 grain ammunition and Federal 40 grain ammunition. The gun has low recoil and low muzzle blast which makes the gun fun to fire and easy to shoot.

We had one problem when firing and that was the failure to ignite when trying to shoot one round. We aren’t sure if that was the round or not. Other than that, the S&W 351c AirLite worked great. 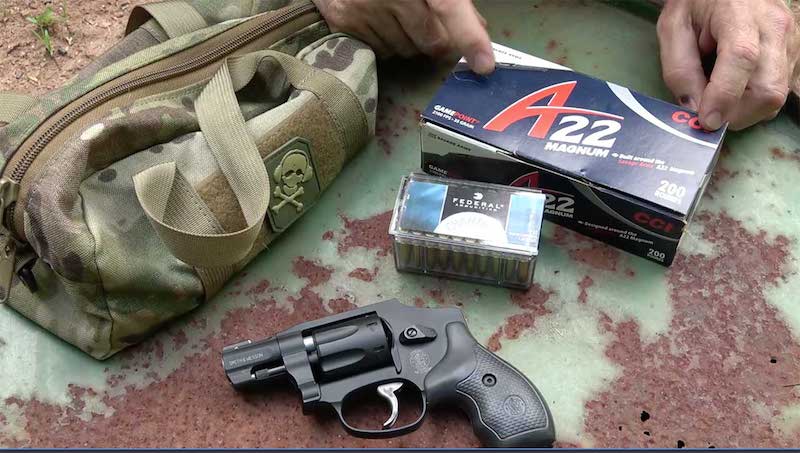 It was easy to keep the gun on target. Because of the trigger pull, sometimes the accuracy may suffer somewhat. However, the more you shoot it, you will start to master it.

One of the great things about not having a hammer is that you can slip the revolver into your pocket and actually fire it through your pocket without having to worry about the hammer getting stuck on everything.

When buying a firearm, make sure that you take it out and try it because the trigger pull is very stiff and people with weak hand strength will have a tough time firing it.

On the S&W website, the 351c AirLite 22 Magnum costs $689 because they are expensive to produce. You can probably find them for around $600 which is still expensive, but for a good quality revolver is worth it. 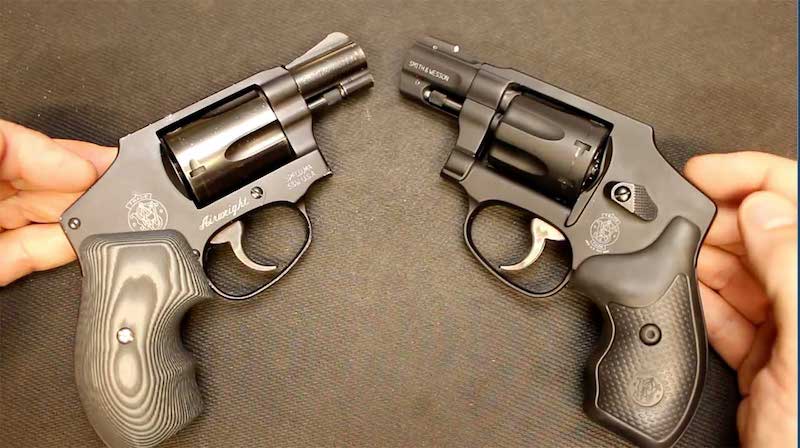 Is it a winner? Sootch00 takes this cool combo for a test run. When the Glock 43 was introduced, it was a very small, single-stack pistol and during that time single-stacks were the rage for concealed carry. They were so thin and small, they were easy to carry and yet you still had 9mm. It...