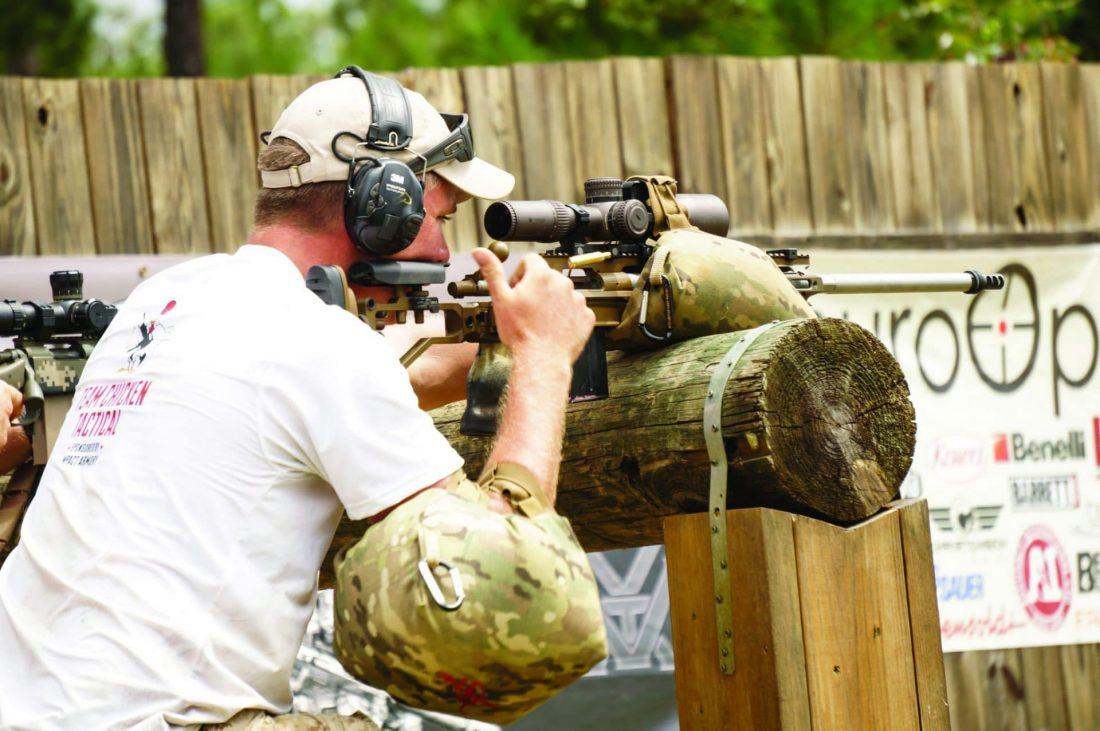 Rather than just reviewing the individual gun that was brought into the office – the GA Precision chambered in .308 Win Mag with their Templar action and Cerakoted in Milspec OD, I want to talk about GA Precision Company and their product line as a whole.

The Facts About GA Precision Company

GA Precision is the brainchild of one George Gardner. If you haven’t run into George at one of the precision rifle matches he sponsors across the country, let me be the first to tell you that you’re missing out. There are a lot of great people in this industry, and George is another shining example.

When I first said that I was going to shoot a precision rifle match, anyone familiar with the sports would ask me which one, and what kind of gun. New to the sport as I was and am, I stumbled through the answers, “I’m shooting a GA Precision, I think?”

Every time I said this, the response was positive, possibly to the point of ecstatic. In fact, many of the people started talking about George; they were all friends of George. George has a lot of friends; he’s just that kind of guy.

When I arrived at the match, notably the GA Precision Grind Bushnell Pro/Am, I realized what exactly it meant to be shooting a GA Precision gun. Unsurprisingly, there were a lot of them present, and when my ammo was deemed unacceptable by the experienced shooters in the room, I was handed another GA Precision gun and a pile of match ammo to go through the match with. 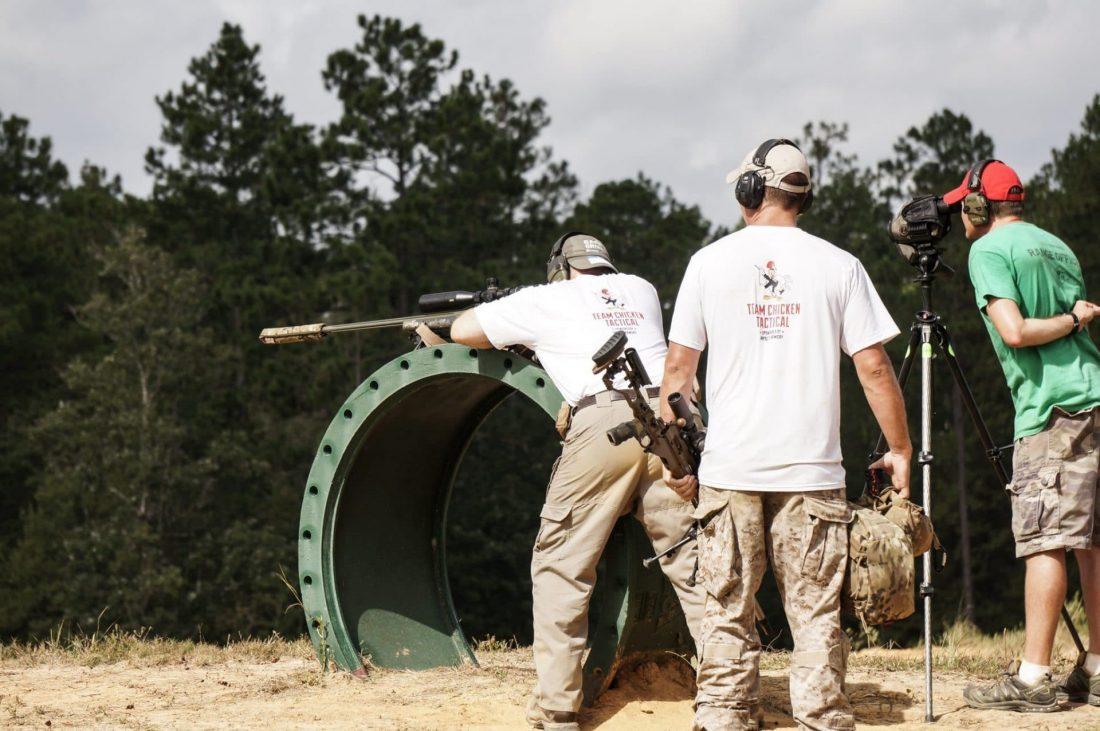 The gun I was handed was a .223 build, and was considered underpowered for the match, which required engaging steel targets out as far as 850 yards. I remember the moments when I hit those targets I couldn’t tell, because unlike my fellow shooters with their large calibers, the steel didn’t swing. I had to wait for the call from the R.O., “Hit,” before moving on.

The fact that this little .223 was able to get hits at 850 yards speaks highly of GA Precision and the build of the gun. But when it comes to the company’s skills, the ability of the firearm is not the only thing that speaks. At one point during the match, we were engaging unknown distance targets. I had the D.O.P.E. written down on a piece of tape wrapped around my arm – super classy, I know – and was ready to rock. I missed my first target, and then a hand came out, adjusted my D.O.P.E. for me and told me, “Hold center.” I hit it. This happened for the next target, and the next.

When I turned around George was standing over me, adjusting the D.O.P.E. to where it needed to be and helping me through the complicated stage. (Since I was one of the lowest placing shooters at the match, no one was overly threatened by me getting a little extra help.) Meaning George knew the gun and the D.O.P.E. so well that he could easily walk me, inexperienced though I was, through getting my hits on target. 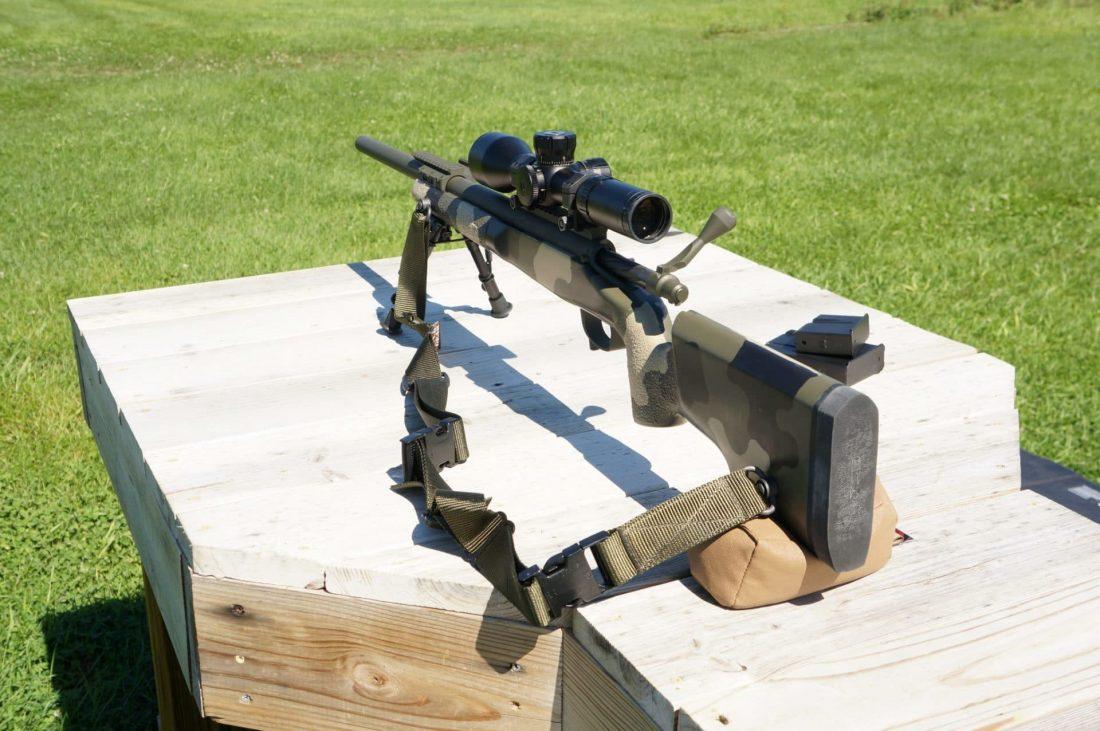 We Like
While the experience of the team at GA Precision Company and the enthusiasm that experienced precision rifle shooters show toward their product speak volumes about the product, the products really speak for themselves.

GA Precision rifles come with an accuracy guarantee, meaning every one of their rifles will be 1/2 MOA at 100 yards with match grade ammunition. Each of the GA Precision rifles I’ve shot now (I believe the count is three) has, to my inexperienced touch, had an excellent trigger, been easy to work with, and accurate to a fault. The guns did everything they could to help me do my job, and when I did it, they performed.

GA Precision Company makes a high-quality product, which means it comes with a high-quality price. The rifles listed on their website range between 2,750 dollars (for their basic GAP-10) to 4,600 dollars for the FBI HRT rifle, and those are just their stock custom guns. A better idea of what can be done can be found in the “Rifles Ready to Ship” section, where finished builds and canceled orders are quickly snatched up by precision rifle shooters. These prices are absolutely competitive in the custom precision rifle market, but that doesn’t mean the dollar amounts won’t make those who aren’t used to buying these high-end guns flinch a little 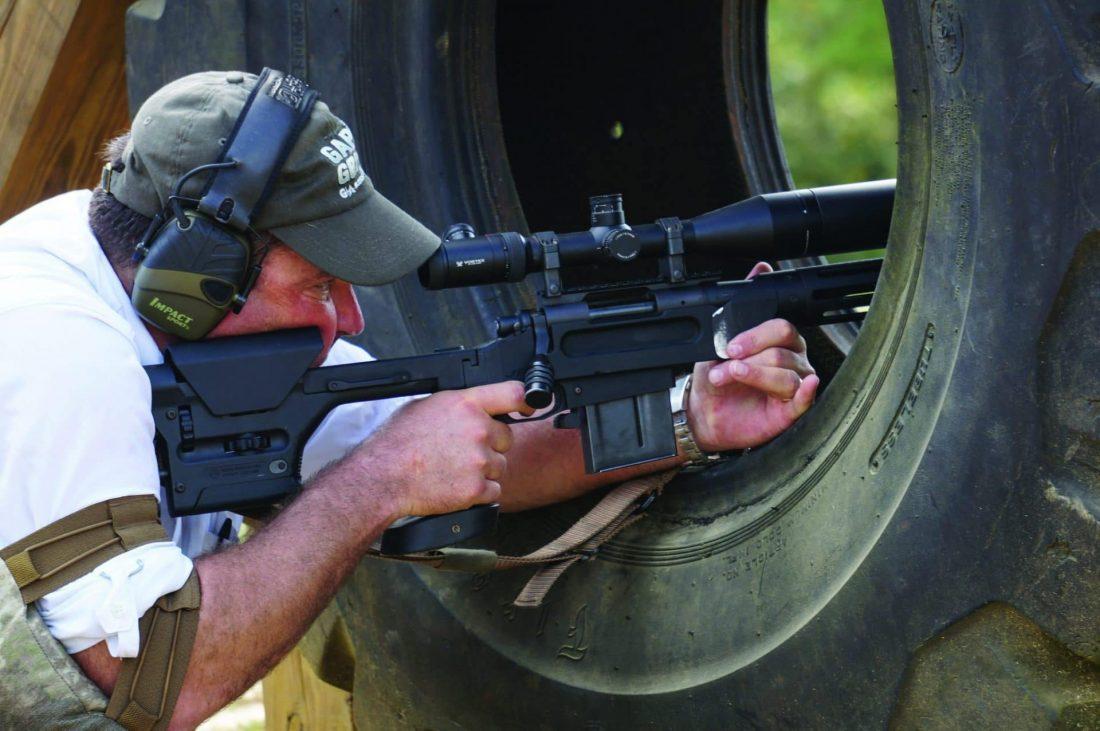 GA Precision guns are made for people who are looking for a top of the line precision rifle, but they do have an option for people who are not ready to commit to their entire build at once, but are looking to get such a build rolling. Their Base Custom Rifle starts at just 3,200 dollars. Built around a Remington 700 BDL action, the rifle comes with a McMillan M40A-1 HTG stock, and a Custom Steel BDL-style trigger guard from Pacific Tool and Gauge. Per the GA Precision guarantee, the rifle will hold 1/2 MOA accuracy with factory match grade ammunition.

If you’re preparing, now or in the future, to purchase a quality precision rifle there are a lot of things to take into account, but remember whom you’re buying from. A good company, run by smart people, that makes an excellent product can be hard to find. GA Precision Company is a great route to go, and I would hesitate to recommend them to anyone who’s shopping in that particular market.

By Shelley Rae. Originally published in the October 2014 issue of GunUp the Magazine.

How to Manipulate of a Pistol Caliber Carbine: PCC 101 Episode 3 The pistol caliber carbine is enjoyable because it shares the same manipulations as the AR-15. This well-known platform has become the most popular rifle in America for many reasons. The last several years, though have seen astronomical growth in new gun owners across...

In this video, Dorgan Trostel (Burris Pro Shooter and PRS Champion), discusses how to acquire targets faster for NRL, PRS, and NRL22.  Specifically, how to build your shooting position by establishing natural point of aim, using bone support, and developing breathing control. Dorgan will walk you through each step of acquiring the targets, then tests...

Laser Ammo offers several different laser training systems to allow you to train with your firearm at home. With high ammunition costs, range fees, and time constraints, Laser Ammo Training Systems are a great way to improve your skill safely. Related Article: Handgun Safety 101 with Sootch00 The SURESTRIKE is an excellent system to start...