In 2013, SIG SAUER moved production of their SSG3000 rifles to the United States and started making the entire product in house, effectively lowering the cost by almost 50 percent. Available in both 18-inch and 24-inch models, the rifle is configured for out-of-the-box performance and long-range accuracy.

GunUp the Magazine had the chance to shoot one of the .308 bolt-action rifles at the 2014 SHOT Show, and after we tried it, we knew we had to have one. For our review, we used the 24-inch Patrol rifle equipped with a Bushnell Elite Tactical XRS and a collapsible Harris bi-pod.

The SSG3000 is rated for sub-MOA accuracy and boasts some neat features such as the adjustable butt plate/cheek piece on the stock. There have been some questions about the adjustable cheek piece and its durability, but in our testing the piece held up and seemed sturdy enough for long-term use.

The 60-degree short throw bolt action was designed for quicker follow up shots than you get with most bolt action guns, and there is an integral rail to easily mount your bi-pod. The 24-inch gun features a threaded flash suppressor with a 5/8 x 24 TPI Thread Pattern. The 18-inch gun has a threaded muzzle with a threaded cap. 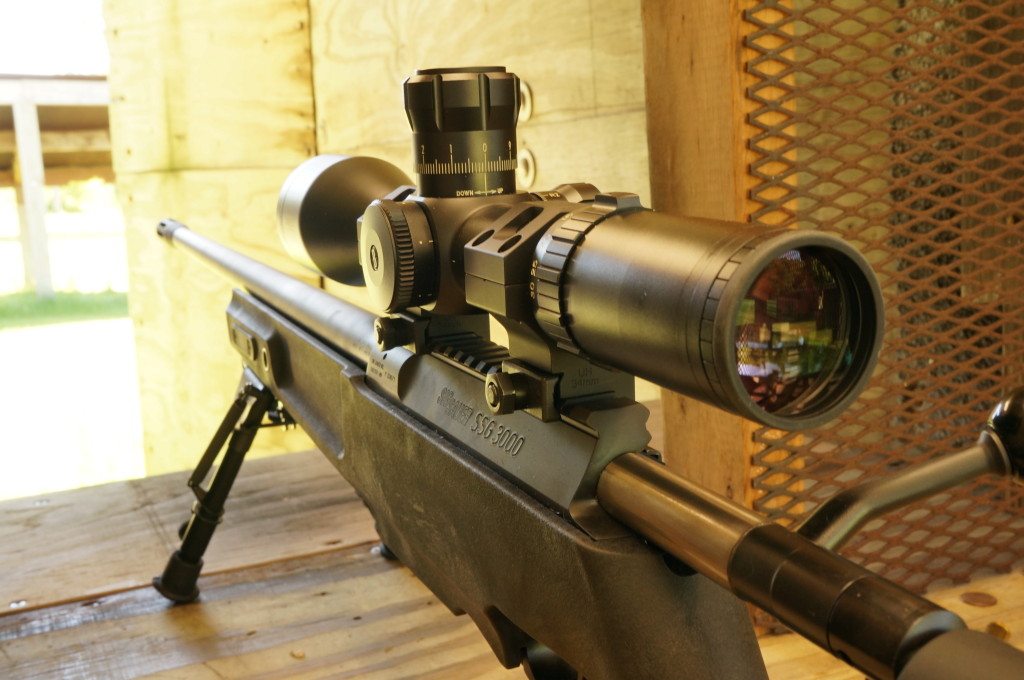 The SSG3000 is, at the end of the day, a lot of gun for the money. The original MSRP was much higher because some of the parts were being outsourced to specialized manufacturers. By bringing their production in house, and moving the gun’s manufacturing to the U.S., SIG was able to create an accurate, easy-to-use .308 for a more affordable price.

On the range, we found that even amateur shooters were able to get accurate groupings at various distances with the SSG3000. Whether shooting at a target at 100 yards or trying to hit a steel plate at 400, the rifle proved to be easy to use for a wide variety of skill levels. For more skilled shooters, the sub-MOA rifle with its 3.5-pound single-stage trigger provides a more affordable option that still maintains high standards of both durability and accuracy.

The action is smooth and easy to work, the five-round magazine is easy to remove, easy to load, and easy to access even on the Bi-Pod. The stock makes it easy to attach a sling, and the adjustable cheek piece makes its easy to get a good cheek weld and a comfortable hold. 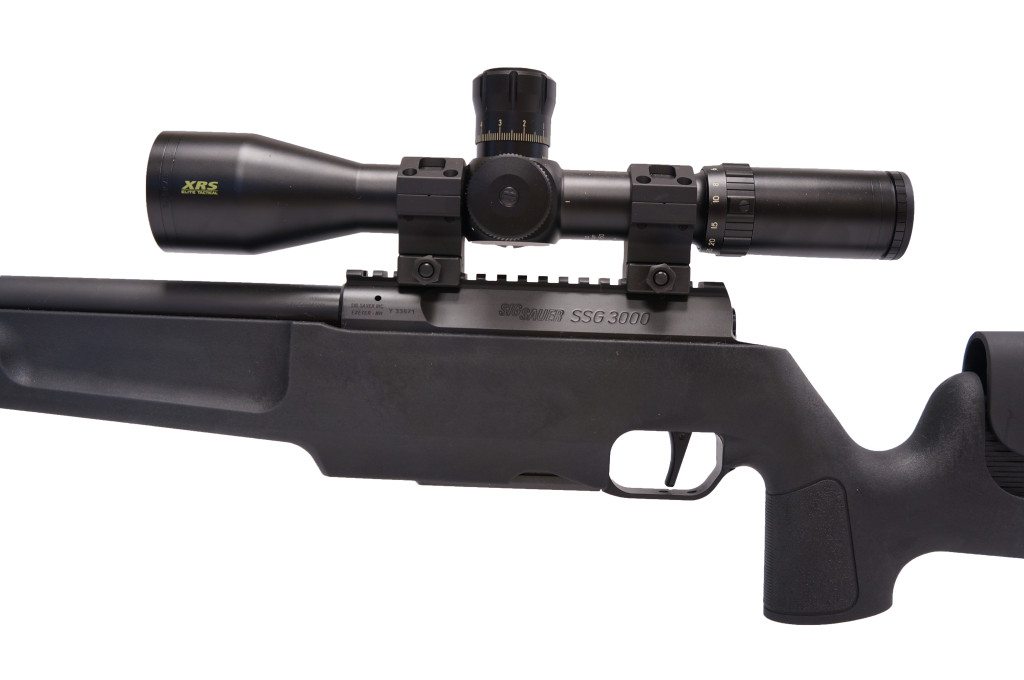 The SSG3000 is a heavy gun, once we had the scope and bipod mounted our entire setup weighed over 15 pounds. For some people this won’t be a big deal, but it is something those who are interested in finding a rifle for precision rifle or to hunt with should bear in mind. Some people may feel more confident about hiking around with a 15-plus pound gun than others.

With the weight and length of this gun, it’s not practical to shoot off hand. You’re basically accepting the purchase of a Bi-Pod, or at the very least use of sandbags. It’s a lot to wrestle going to and from the range.

While the 1,499-dollar MSRP is a great price for this gun, there are other .308 bolt-action starter options available for as low as and lower than 500 dollars. While there is a palpable difference between these lower priced rifles and the SSG3000, there is no doubt that you are still paying money for that SIG SAUER name.

It’s also important to note that the rebooted SSG3000 dropped the McMillan stock and user-changeable barrel the original had. While this knocked over 1,000 dollars off the price, some users lament the change, especially the loss of the user-changeable barrel. For those who may be more interested in this more expensive version of the gun, they can be found on the used market.

When it comes to price and value, the SSG3000 has to be one of the best firearms for the money. You get it all: A sturdy, accurate piece of equipment backed by an excellent brand name. Usually, quality precision rifle can run from 2,000 to 4,000 and on up. Put simply, the SSG3000 is an incredible amount of gun for the price.

For someone who is looking for a quality firearm to do some precision shooting on the range, the SSG3000 is an excellent choice. The other options on the market lack either the quality or the affordability of this precision rifle.

The XRS Elite Tactical is quite the scope, and costing around 1,000 dollars it ought to be. The 50mm scope starts at 4.5X and goes up to 30X with a 34mm tube, locking target turrets, and zero stop. The G2 reticle gives detailed feedback to the shooter, and the magnification means you can see your hits down range easily.

The controls on the XRS Elite Tactical are easy to use, easy to grab, and easy to manipulate. The large scope means that every single knob is that much less fiddly. Plus, there are some great features such as adjustable eye relief, a two-inch sun screen, and side parallax adjustment.

Originally published in the July 2014 issue of GunUp the Magazine.

Canik has its roots in the aerospace arms development industry. They produce really high quality firearms that are NATO standards, ISO 9001 factories—they just make good quality products. When they introduced the TP9 series, it really was a game changer. It was a Walther P99 clone pretty much and it was just a basic pistol,...

In my opinion, Henry makes the best lever action rifles out on the market. I mean, they are really high quality, very well done, and fitted just right. The American walnut stocks are beautiful on these rifles, and they’re all sourced in the USA, plus these Henry’s are all made in the USA. They are...

When Sig introduced their P365, it was definitely a game changer. You hear those names thrown around a lot, but it really led a revolution for these micro sub-compacts with double stack magazines. They are very small, capable firearms with 10 plus one in the magazine—and you can get extended magazines as well. Now SIG...

How to Operate a Pistol Caliber Carbine: PCC 101 Episode 2 The pistol caliber carbine is a unique and enjoyable gun to run. Like any other firearm, there are specific procedures and operating principles connected to it. While not overly complicated, it is a good idea to school yourself in order to effectively and safely...