We’re going old school with the Stevens Model 887 semi-automatic .22 rifle. There are a lot of unique features about this firearm. These rifles were made from 1978 to 1980, and they were actually better models, this model being one of the cheapest, but still a great little shooter.

A buddy of mine was selling a bunch of stuff that he inherited from his brother, and my wife was taking a look at a few things and she found this in the garage. She called me up and sent me a couple of pictures and I said, “Oh yeah, let’s check this out.” The Stevens Arms Company started in 1864 and was known for producing rifles, shotguns – especially .22s for a number of years. In 1920 they were bought by Savage and continued to build the Stevens name. In fact, they actually still sell Stevens firearms as some of their lower cost guns. This is the Model 887 which again is a semi-automatic rifle with very slim trim lines. This is a budget firearm when it was sold, and there’s a lot of things that cut corners but yet, this gun actually was very reliable for me and we’ll take a look at that in the range.

The Model 887 does have a small little charging handle and it is plastic. If this breaks, it may be difficult to get parts and you’d probably have to have one made. Now one of the most unique things about this rifle is the way that the bolt works. It is a two piece bolt, and when you’re firing it, it actually hesitates as you hold on to the trigger. The round will not enter the chamber until you release the trigger. It’s a very unique feeling. Even when shooting it at anytime, you feel that kind of hesitation every time. But, it shoots very regularly and each shot again is very reliable.

This model has a metal receiver and it does have a dovetail for your rimfire type mounts. In fact, this came with a little scope that was actually a 4×15. Of course, it wasn’t included with this one but originally it had that included. The trigger guard is plastic, it does have a metal trigger, and then there’s a small section that has polymer plastic as well. The safety is right next to the receiver and honestly, it’s a little backwards. You push the safety forward for safe, and then you bring it back for fire.

The barrel length is 21 inches and it is tube fit, which a lot of .22 rifles are built that way. It is an aluminum tube and at the end of the tube it actually has a little red follower, which is a spring that goes up into the tube that just helps to guide the rounds. It has a rear sight with a small leaf that you can adjust up and down. In fact, at the range I had to actually adjust this some, and we’ll look at that in a little bit but then we have a dovetail where the sight fits in. At the front you have another dovetail post that is blacked out and can be moved over for adjustment. The barrel is crowned and is more of a bevel, but it is going to protect your accuracy. The Model 887 has a wood stock. One thing about this kind of wood is that it doesn’t absorb stains, so this is almost a painted-on type of finish.

When it comes to old vintage rifles, sometimes you can have issues with them because usually they’re neglected. They are not really cleaned or maintained and have broken parts which are difficult to find and replace. So when I got ready to take this to the range, I was pretty concerned that I might not get good reliability. I took 22 CCI mini mags down and I knew that they would function, and actually they function better with higher velocity ammunition. With the 22 CCI, we had zero malfunctions. When I first got the Model 887 I cleaned it really well and wanted to make sure it was in good shape. 15 rounds in the tube, and it just worked. We took some federal bulk ammunition that we wanted to shoot through and we had a lot of problems. We couldn’t get it really to feed right and I’ve heard that it’s really important to shoot high velocity ammunition in these rifles.

A lot of times you may inherit or have a friend that is selling one of these rifles or another vintage firearm. They’re not very expensive, typically under $100 – and that’s what we paid for this one. This Model 887 just happened to be in really good shape. Vintage firearms can have problems and if you’re looking for parts, that can be a tricky problem. We really enjoyed shooting this model and overall, I’ve heard good things about these little firearms and they seem to be pretty reliable. But again, make sure that you use higher velocity ammunition! 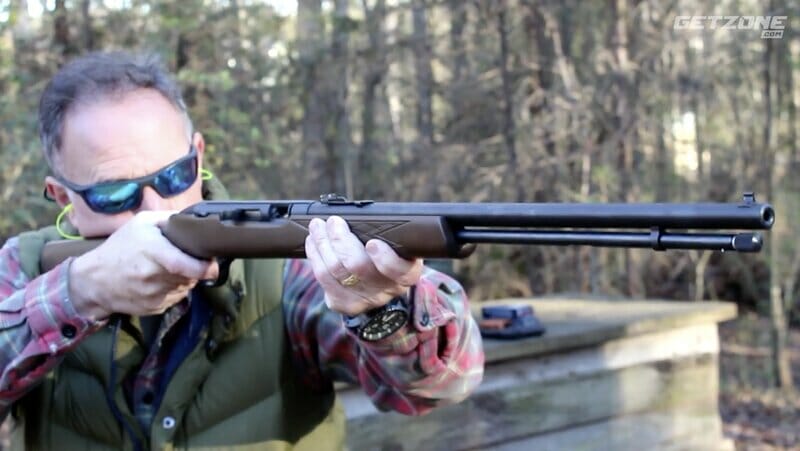 Today we’re gonna take a look at the Standard Manufacturing Company G4S. This is a little 22 that’s based a lot on the old Thompson machine gun. It has the same kind of feature, it has that stick magazine, it fits in that same kind of position, and it has a bolt at the top...

In my opinion, Henry makes the best lever action rifles out on the market. I mean, they are really high quality, very well done, and fitted just right. The American walnut stocks are beautiful on these rifles, and they’re all sourced in the USA, plus these Henry’s are all made in the USA. They are...