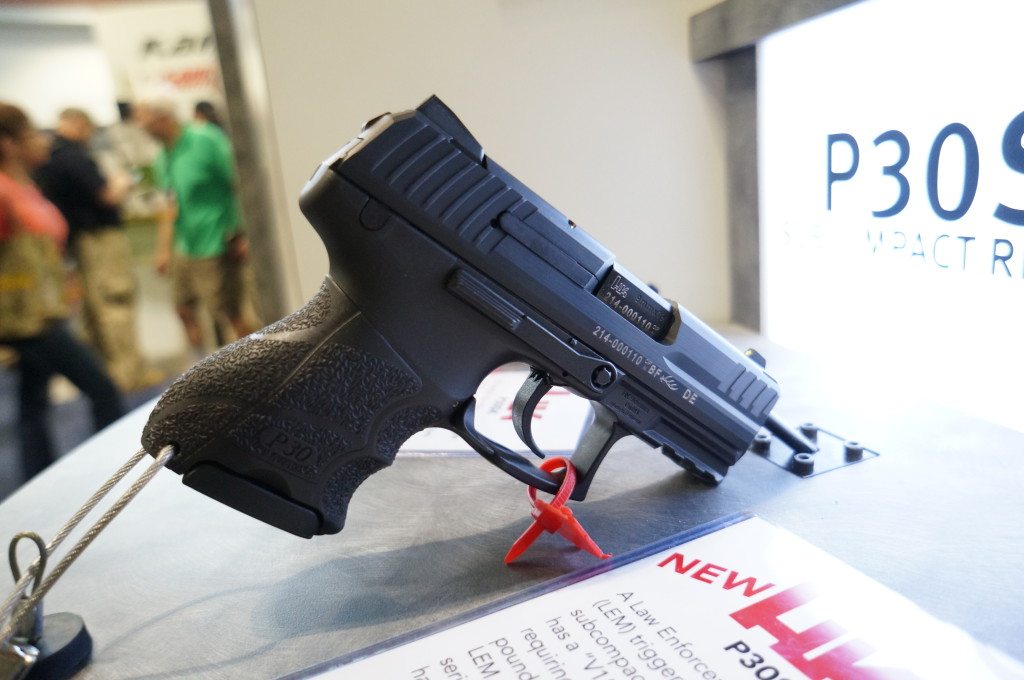 The HK P30 has long been a DA/SA favorite for those shopping for a high end, reliable handgun. At the 2015 NRA Annual Meetings HK released their new P30SK, a subcompact version of the popular firearm.

Check out the press release, originally published on April 10, 2015:

Columbus, GA —Heckler & Koch adds a new subcompact pistol, the P30SK, to its renowned P30 series line. Retail priced at $719, the new P30SK is one of the smallest HK handguns made and is ideally suited as a concealed carry pistol. With an overall length of less than six-and-a-half inches, the P30SK is small enough for discreet, everyday carry but still packs a substantial 11 rounds of full power 9 mm cartridges in an easy to shoot, ergonomic design.

“Shooters love HK P30 series pistols. They are packed with features like incredible durability, superb accuracy, and the only grip in the industry that can be customized to fit any shooter,”said Michael Holley, HK-USA Vice President for Commercial and Law Enforcement Sales. “With the P30SK you get those same features in a small, extremely handy package and at an amazing price.”

The P30SK (“SubKompact”) has all of the sought-after characteristics of the larger frame P30 and P30L pistols but in a more concealable design.

Like its larger frame P30 counterparts, the P30SK is available in multiple trigger firing modes including HK’s enhanced double action only “Law Enforcement Modification (LEM).”For the P30SK, the LEM trigger is configured with a “light strike V1”setup —requiring approximately 5.4 pounds-force to pull the trigger.

Other trigger modes include conventional double action/single action (DA/SA) with a serrated decocking lever located on the rear of the frame. The DA/SA mode is available with and without dual ambidextrous manual safeties located on the left and right side of the frame. Other ambidextrous controls include dual slide and magazine release levers. Like all P30 pistols, the P30SK features an automatic hammer safety and firing pin safety.

An abbreviated Picatinny rail molded into the front of the frame enables weapon lights, laser aimers, or other accessories to be easily mounted. All P30SK models have been extensively tested during a three-year development process.

Despite their small size, P30SK subcompacts have excellent weight and balance making them naturally pointable, easy to control, and accurate to shoot. Currently available in 9 mm, the P30SK is designed and manufactured in Oberndorf, Germany and is covered by HK’s limited lifetime warranty. Introduced at the 2015 NRA Exhibition in Nashville, widespread availability of the P30SK is slated for June 2015.