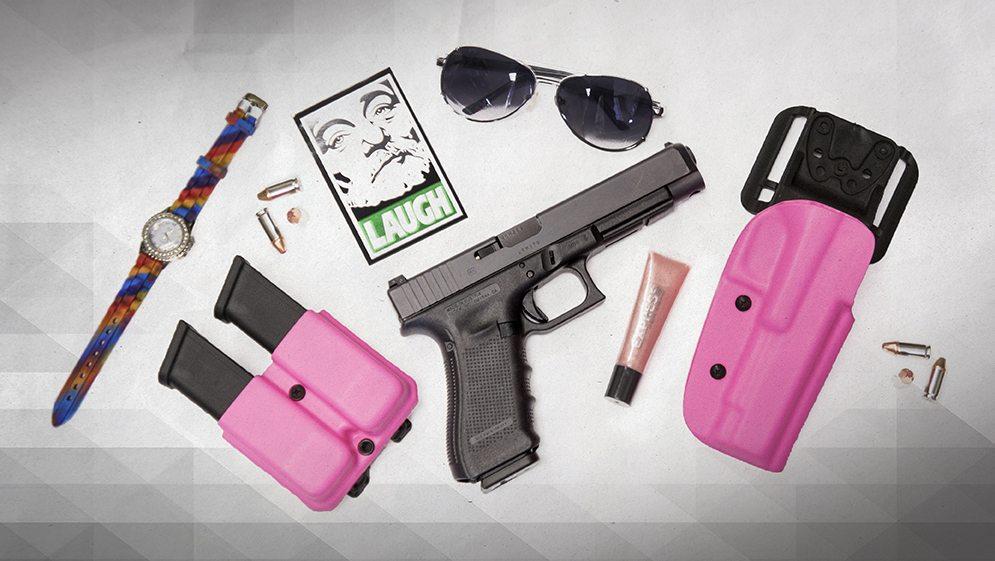 For the past several years, when people asked me what gun they should buy to get started in competition shooting my answer was simple: “Get a GLOCK 34 or a Smith & Wesson M&P Pro, a holster, and a couple mag pouches and your set.”

The GLOCK 34 is an obvious starter gun, with a five-inch barrel, interchangeable backstraps, and GLOCK reliability, what could go wrong?

I’ve spent the past few years shooting my APEX-equipped M&P Pros, but when it came time for this year’s Bianchi Cup I wanted to try something different, I wanted to take my own advice. So, I purchased a GLOCK 34 from the GunUp Shop a decided I’d take it to the Cup as-is, with only a hundred rounds through it.

I have always been a big advocate of believing in yourself over your equipment, but just because I think you should be able to drive a Honda doesn’t mean I don’t think you should be able to appreciate a Ferrari. I was not disappointed in how I preformed with the GLOCK, or how the GLOCK performed for me, but there were definitely some things I noticed and missed from my guns that have had work done.

The heavier trigger pull was mostly overcome with some dry fire the first few days after getting the firearm. When I look at my performance at the Cup, I don’t think the trigger weight made a huge difference in my score.

Another interesting point is the difference in how the trigger feels. M&P triggers are notoriously “squishy” and while the APEX kit cleans a lot of that, after years on the M&P trigger the GLOCK trigger felt very rough and seemed to grind as it pulled. That is also likely a side effect of the gun being fairly new, even by the end of the Cup I only had put around 2,000 rounds through it. 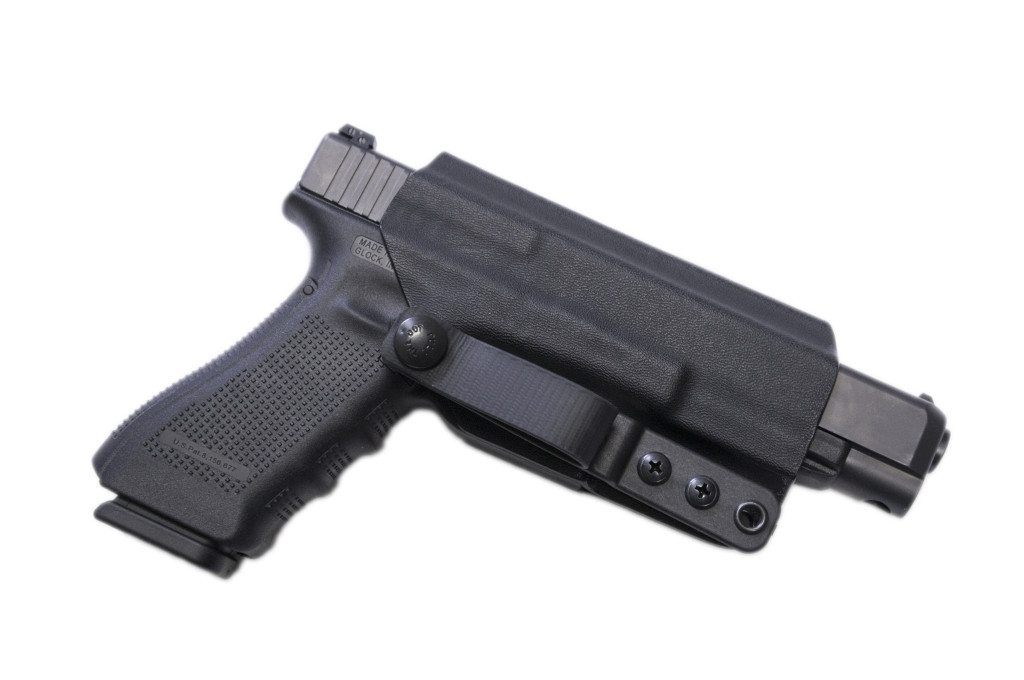 This was probably the biggest problem I had with the GLOCK 34. The GLOCK sight picture, while not my favorite, is definitely manageable. The square notch with the white dot does tend to shoot high for most shooters, myself included, but that is something that can be overcome by practice.

The real problem I had with the sights I didn’t even notice until I was shooting the Plates. In 2013, the plates were my best event, and I shot 360 points out of 480. This year, I shot a dismal 200 points, meaning I only dropped 20 of the 48 steel plates. For those who are unfamiliar with Bianchi Cup, shooters are shooting at standard six-plate racks at ranges between 10 and 50 yards.

Analyzing my performance afterward, I realized the primary issue I had was with my transitions between targets. During transitions, I usually move my eyes to the next target directly after finishing my final shot. This wasn’t an issue on the other Bianchi Cup events because the targets are farther apart, but the plates are separated by mere inches, so the guards that GLOCK puts on either side of the sight blocked my next target, making it more difficult to acquire a sight picture for my next shot.

If I had realized this was happening before the competition, I probably could have adjusted to this new sight picture, but I only practiced the Plates event a couple times with my new gun the morning before hitting the range. Poor preparation? Perhaps, but it also gave me some insight into how I have been spoiled by the aftermarket sights on my defensive and competition guns.

Shooting with a stock gun is absolutely an option for new, and even experienced, competitors. The financial investment in building a gun up is something that can be done over time, or once you have become more dedicated to the sport.

If you decide to purchase a GLOCK 34, the very first thing to change are the sights. After that, upgrading the trigger is definitely an option, especially if it’s a gun specifically for competition. Remember that if a gun is used for self-defense that becomes its primary purpose, and it should be built to those specifications rather than competition specifications.

There are a lot of different aftermarket parts available for GLOCKs. The variety of accessories and parts available makes it a great choice for someone who may not know what they like and wants to have options to try. At the end of the day, I stand by my statement: The GLOCK 34 and Smith & Wesson M&P Pro are both great options for those interested in getting their start in competition.

By Shelley Rae. Originally published in the July 2014 issue of GunUp the Magazine.