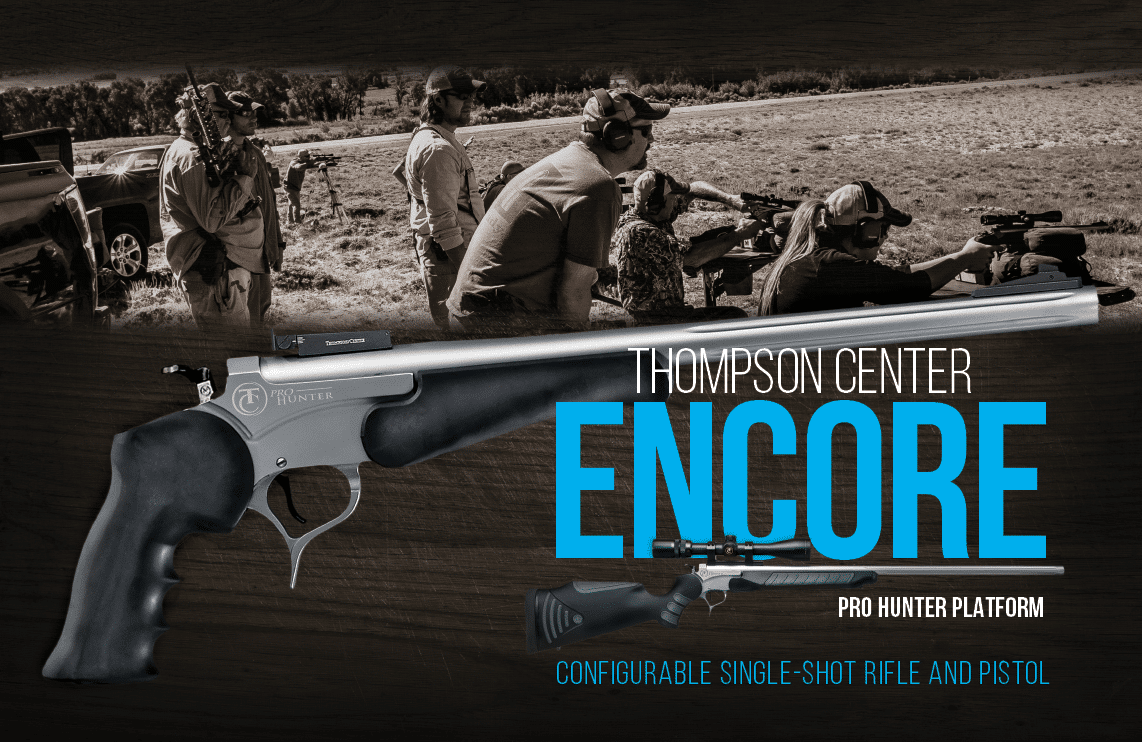 The Thompson Center Encore Pro Hunter is a configurable single shot rifle and pistol platform available in a wide variety of calibers. Available in more than one hundred different configurations, the Pro Hunter is designed for selective hunters who want the right platform for whatever hunt they may be embarking on.

What We Like About the TC Encore Pro Hunter Platform

Recently, I had the opportunity to shoot the Thompson Center Pro Hunter on a prairie dog shoot. Throughout several days I was able to test a variety of calibers, and even their pistol platform. I was incredibly impressed by this gun’s accuracy – not just in its innate ability to be accurate, but how accurately I was able to shoot it, even at long distances and in changing conditions. 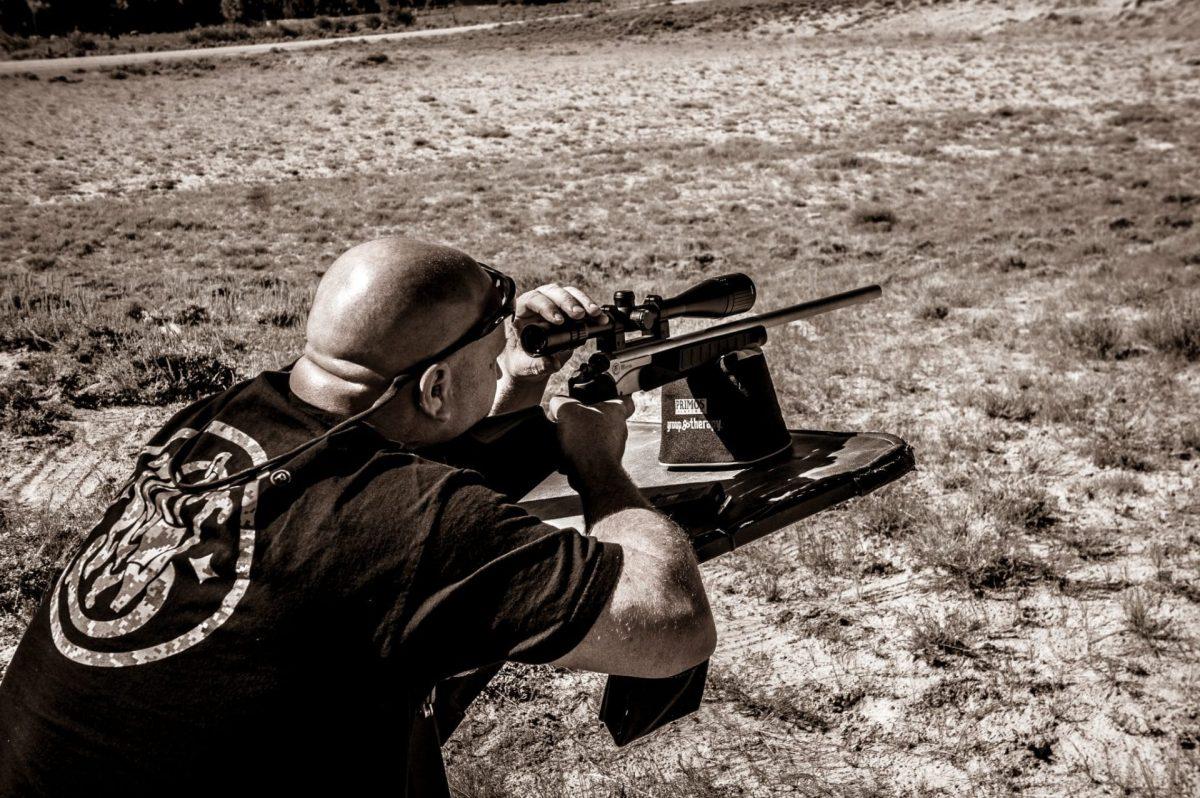 One of the things we had to do during the shoot was move from one side of the car to the other to engage targets from out either window. The weight of the rifle, which was relatively light, made it easy to maneuver, and the size was of little hindrance as well. While I’m not a hunter, I would imagine these traits would be advantageous in the field.

Personally, I also found the Pro Hunter comfortable and ergonomic. It fit me well, the rubber pads were in all the right places, and both holding and shooting it felt incredibly natural. As someone who is small stature, frequently rifles, especially those designed for hunting don’t tend to fit well. This, while very personal, did not apply to the Pro Hunter, which felt uniquely natural to handle.

Of course, the big selling point of the TC Encore Pro Hunter Platform is the interchangeability, being able to purchase the gun in varying calibers and finishes is a huge advantage to many gun owners. Throughout the week I shot the gun chambered in .204 RUGER, .223 REMINGTON, and .22-250. I found all three firearms to be equally accurate and maneuverable, as well as pleasant to shoot.

Changing the caliber of the Pro Hunter is relatively simple, it only requires a barrel swap, one of the benefits derived from the single-shot configuration.

Of course, the single-shot configuration also means, simply, that the user only has one shot, and therefore needs to make it count. While I was intimidated by this prospect at first, and actually avoided trying the platform because of it, I found it to be fairly reasonable to manage, and was able to reload the gun fairly rapidly by the end of the week.

As an editor, I actually wish I had something else bad to say about the TC Encore Pro Hunter, because I know this section needs to be filled and I do everything in the world to give my readers unbiased and honest reviews. Forgive me, because I don’t have anything else bad to say. I absolutely fell in love with this little single-shot gun and I have nothing bad to say about it beyond “It’s a single shot, which is kind of a pain in the butt.”

As I mentioned, I fell in love with the Thompson Center Encore Pro Hunter. I am an AR-15 lover, a GLOCK shooter, and didn’t kill anything bigger than a bug until three weeks ago, but somehow this little single-shot hunting rifle captured a special place in my heart. It’s was what I used to kill the jackrabbit, Gary, who is currently on his way to be mounted and will live in my home until my dog gets curious and chews on him or something. It rode next to me in the back seat of a Nissan over mountains and through valleys as we traversed the Rockies. It sniped a prairie dog for me at almost 400 yards across a ravine. I wouldn’t trade my memories with the Encore Pro Hunter for anything in the world. (Okay, maybe a unicorn.)

All that being said, I can recognize that the TC Encore Pro Hunter isn’t for everyone. Not all hunters will be interested in using a single-shot, and I’m certain not everyone will find it as comfortable and easy to shoot as I did. It’s difficult to express because some guns just jive well with one person, and it doesn’t always work for everyone else. That’s part of life and part of the industry. For me, however, the Encore Pro Hunter worked better than almost any other rifle I’ve handled. It’s not going to replace a single AR in my collection, because sometimes a girl wants 30 rounds of .223, but it will definitely be joining them.

By Shelley Rae. Originally published in the September 2015 issue of GunUp the Magazine.