Perennial big buck states still offer the best odds of getting in the book, but with better management techniques massive whitetails are popping up all over the map.

In November of 2016, 27-year-old Stephen Tucker killed the largest whitetail ever taken with a firearm. That’s no real shock; with intense management happening from coast to coast that includes supplemental minerals and nutrition and fewer hunters killing young bucks it seemed apparent that, sooner or later, a record-breaker was going to fall.

And it happened just as expected but perhaps not where expected—Tennessee.

Tucker’s deer is phenomenal and the story of the hunt is just as good. But if you want to kill a really great deer with hundreds of inches of antler in a free-range environment where should you look? That’s hard to say.

Wildfires in the plains and heavy snow in the northwest might have changed the outlook a bit, and if the Tucker Buck teaches us anything it’s that Booner bucks don’t have to come from the traditional hotspots.

Here’s our pick for the ten best whitetail states for 2017: 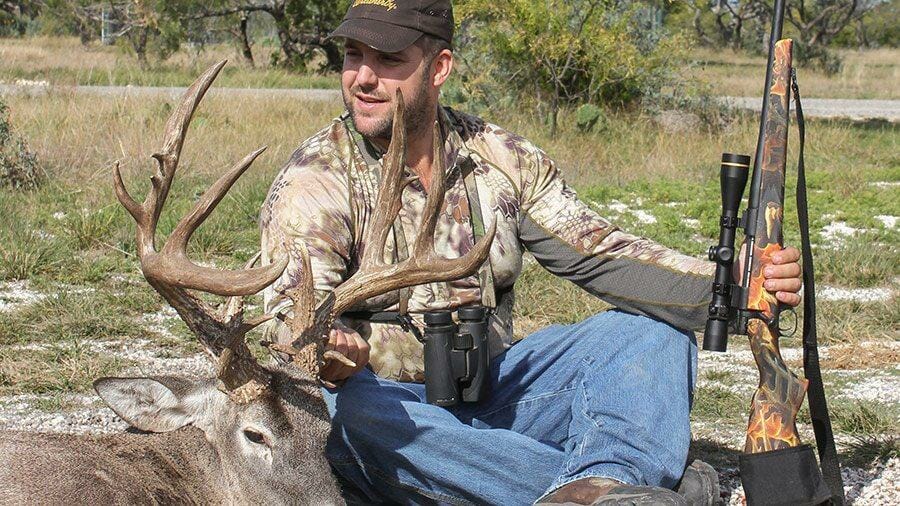 There are a lot of deer in Texas, and there are some giants. With five of the top 50 Boone & Crockett non-typicals and two of the Pope & Young top 10 non-typicals there’s little doubt that, like everything else, the deer are big in the Lone Star State.

Texas pioneered deer management, and the state’s million-plus deer herd is healthy and robust. But there are also four million hunters here, and even though there are more than a million acres of public land not all of it harbors big (or any) whitetails.

Lots of prime areas are leased, but if you can find a spot that’s well-managed and hasn’t been over-hunted then this is a great destination.

Wisconsin deserves recognition simply because it’s number one in both B&C and P&Y in terms of record book entries. Three of the top Boone & Crockett non-typical entries came from the state, and with millions of acres of public land it’s easy to find a spot to hunt here.

As an added bonus, Wisconsin has some of the least-expensive out-of-state tags and licenses. If you can stand the cold there’s a chance you’ll find the buck of your dreams in the Badger State. 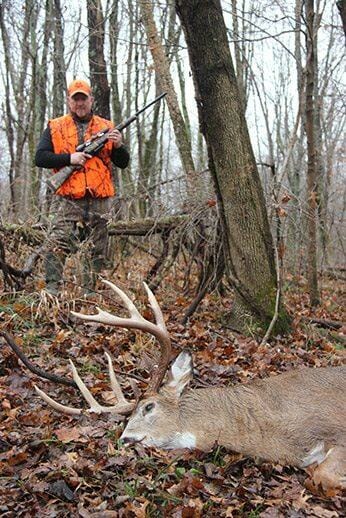 Mississippi has always had the potential to produce big deer, but improved management that focuses on taking older bucks has helped make the Magnolia State one of the best-kept secrets for whitetail hunting.

One of the top 10 B&C non-typicals fell here, and with over a million acres of public land and affordable leases Mississippi is worth a serious look. In addition, license and tags are affordable and available. Don’t be surprised when you see more and more book bucks coming from this state.

Kansas is among the elite of big buck states, but wildfires have ravaged some areas. Nevertheless, there are still plenty of good opportunities to bag a monster here regardless of whether you are planning a DIY hunt, looking to lease land or want to book a guided hunt.

The downside is that it’s pretty expensive for tags and licenses and that there isn’t a whole lot of public land relatively speaking. Still, Kansas produces huge whitetails (it ranks 10th in B&C and 5th in P&Y for book entries), so if you find the right patch of land a monster could step out at any time.

Iowa is the land of giants. It ranks third in both B&C and P&Y in terms of book entries and 20% of the top 50 non-typical Boone & Crockett bucks have come from the Hawkeye State.

Each year really big deer are killed here, but the trick is that it’s costly for licenses and tags and public land is limited. Still, if you manage to draw a tag in the right location be prepared for glory.

Sandwiched between Ohio and Illinois, Indiana is a big deer state. But somehow it gets overlooked by non-resident hunters looking for giant deer, though that’s quickly changing thanks in part to Timothy Beck’s 304-3/8-inch monster taken a few years ago.

Indiana has about a half-million acres of public land, and prices here are relatively inexpensive, so add the Hoosier State to your big buck bucket list. 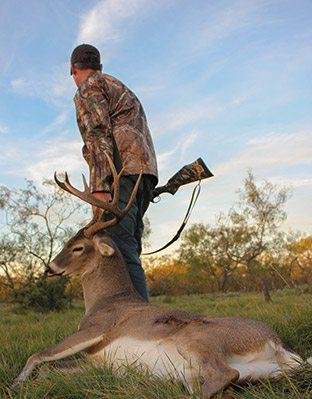 Illinois is prime country for record book bucks. It ranks second in number of total entries for both B&C and P&Y, and 12 of the top 50 non-typical Boone & Crockett deer were harvested there.

Plus, Illinois has a top ten buck in both the typical and non-typical class for both registries. There are almost 700,000 acres of public land, but they can be crowded, and out-of-state hunters pay a premium for tags and licenses.

Still, if a big buck is what you’re after this is certainly one area you can’t dismiss.

Kentucky was a sleeping giant a few years ago, but the state is currently one of the hot spots for huge whitetails.

It’s ranked sixth for the number of B&C entries, and it seems to only be getting better.

This is due in large part to the fact that while the rifle season coincides with the rut improved deer management has led us to understand just how big Bluegrass whitetails can really be. That includes Buddy DeVille’s over 200-inch velvet whitetail taken a few years back.

Kentucky has lots of public land, affordable leases and relatively inexpensive guided hunts. It deserves a pin in your whitetail hunting map. 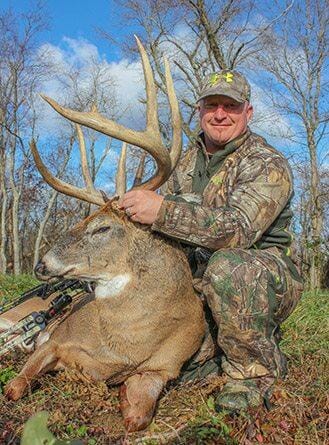 The rolling farm country and Appalachian foothills of Ohio have long produced some of the nation’s best deer. The state ranks fourth on both the B&C and P&Y lists for number of entries and has produced 20% of the top ten B&C non-typicals.

The peak of the rut coincides with bow season, and firearms hunters aren’t in the woods in force until after Thanksgiving so this is an archer-friendly state.

Cost of tags and licenses for non-residents is low, but finding access to private land can be tough and public ground is limited and oftentimes crowded. Leases are available but often quite expensive in the best areas.

Still, the Buckeye State has produced big bucks and will continue to do so.

Missouri is in the top ten for number of entries in both record books and a whole lot of really big deer have been taken there.

In addition, Missouri has top ten entries in both B&C and P&Y for typical and non-typical, so there’s little question about the state’s potential.

Out-of-state tags and licenses are quite affordable at just over $225 total, and considering the potential for world-class deer hunter densities are fairly low at 5.13 acres per hunter. This is thanks in part to abundant public land. You can affordably lease ground here, but top whitetail areas are often booked and bring a higher price.

Nothing scares hunters more than Chronic Wasting Disease (CWD). The disease shows up unannounced and can decimate massive deer and elk herds as well as the moose population in very short order. Recently the use of hunting scents have come into question as possibly being a source of spreading CWD — this claim is false...