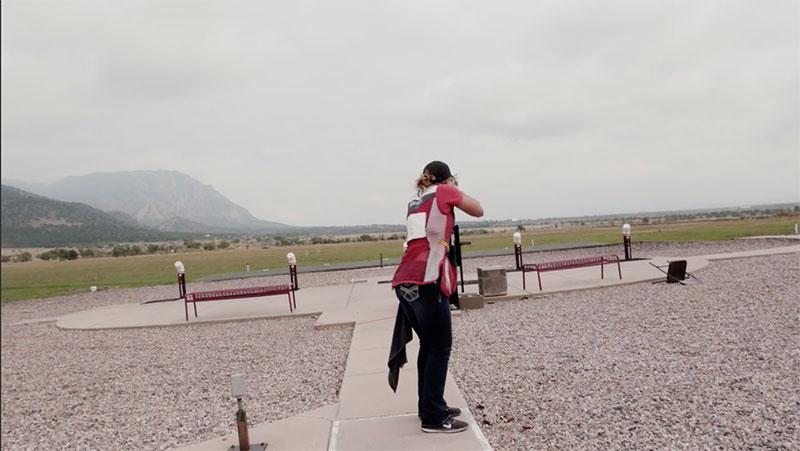 Throughout her life, whether competing in horseback riding or shooting, Sam has been constantly motived and inspired by greatness and the desire to be better. Born and raised in Georgia, Sam’s shooting experience began with hunting as a young kid with her father.

In her freshman year of high school, Sam was asked to join the school clay target shooting program. That very same year, she won the state championships. Her talent did not go unnoticed as she was then invited to join the Scholastic Clay Target Program Team and after just 9 months of competitive shooting, Sam won nationals in skeet and second place in sporting clays in the JV Division.

It took all of her friends, peers and mentors to convince her to leave her love of horseback riding to pursue shooting at the international level. And the rest, as they say, is history!

This episode of USA Shooting is presented by Federal Premium Ammunition.

USA Shooting Presented by 4Outdoors series host Brett Favre spends time with USA Paralympic and Olympic shooters and learns about their journey to the top of their shooting sport. Each episode focuses on one USA Shooting team member. During each episode, Brett spends quality range time with each of the shooters getting some tips on how to be a better shooter in each of the disciplines they compete in.