Using Technology to Locate your Next Hunting Hot Spot 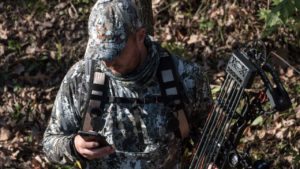 Most hunters would tell you that they venture out into the woods and mountains to get away from the daily grind that is life. And along with that, they want to unplug and have peace and quiet. However, there is a strong argument about what you should carry some technology into the field the next time you venture out to your hunting hot spot. At the very least you should have something to help you find your way out if you get lost of disoriented. I, however, am not saying that you should be connected so that you can check into the office on a daily basis. But having some technology will not only help to make sure you return home safe, but may also increase your odds in the field. This is essential for those hunters that travel out of state for their next trophy animal.

The use of handheld GPS technology has increased over the years. At first the technology was expensive and limited to showing a user their breadcrumb trail and waypoints that they have previously saved. Navigation was done in a straight line and not on trails or roads. When a user was under a heavy tree canopy or in deep ravines the satellite connection was spotty at best. Fast forward to today and you have a plethora of options to choose from when selecting a unit. There are more satellites circling the globe than ever before and accuracy is within a few feet. Units now have high definition touch screens that lets users do much more than just simple navigation from point A to B.

The future of GPS navigation is now done on your cell phone. onXmaps has harnessed this move to mobile with their HUNT App for Apple and Android devices. The convenience and accuracy a mobile phone has led to an increasing number of people ditching the handhelds and using phones to plot points and scout for honey holes. Now you can have a GPS app that shows you’re a plethora of information in real-time.

onXmaps is known across the hunting community as the industry leader in digital landownership mapping. They offer their mapping information both on a micro-SD card for handheld GPS units as well as a downloadable app for mobile devices. For the customers of onXmaps, you have asked and they have listened. The company has come out with an exciting new digital map platform as well as created a whole new membership program.

Until recently, onXmaps offered only their Premium membership for the mobile app subscription. It was a yearly fee ranging from $14.99-34.99 depending on the state you decided to subscribe too. This level of membership gave you the landownership maps for one year on two devices. If you wanted multiple states, you had to continue to buy yearly subscriptions for each state. Now, they have launched their Elite Membership which is $99.99 per year or $14.99 per month. The big difference is that you now get all 50 states on your mobile devices for one price!

The mobile app is loaded with great features that will help you find access while out in the field. No matter which membership you have, you will have the same information sent right to your phone or tablet. These features include:

Continue reading the rest of the article here.