The Waterfowl Population Survey is out for 2016 and Duck numbers hold stead and most species remain well above long-term averages.

The U.S. Fish and Wildlife Service (FWS) released its report on 2016 Trends in Duck Breeding Populations, based on surveys conducted in May and early June by FWS and the Canadian Wildlife Service. In summary, the report shows that overall duck numbers in the survey area are statistically similar to last year and remain steady. Total populations were estimated at 48.4 million breeding ducks in the traditional survey area, which is 38 percent above the 1955-2015 long-term average. In 2015, the estimate was 49.5 million birds. The projected mallard fall flight index is 13.5 million birds, similar to the 2015 estimate of 13.8 million.

Hunters should check the rules in their states for final dates and bag limits. 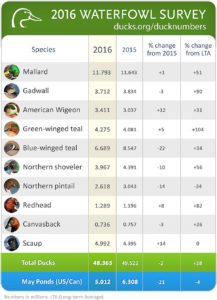 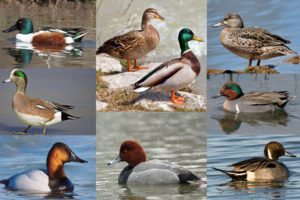