The Omega 36M is a modular, multi-caliber and multi-platform compatible suppressor which provides superior sound suppression and versatility for new and existing suppressor customers. The Omega 36M incorporates the most highly regarded features of SilencerCo’s diverse suppressor portfolio, while providing sound suppression of the average shooter’s most commonly used calibers. It is commonly understood that most shooters own and/or operate centerfire platforms chambered in 9mm, 5.56/.223 and a .30Cal rifle. The Omega 36M provides the everyday shooter with one suppressor which can safely suppress the sound signature of a 9mm and 5.56/.223 projectile and/or commonly used .30cal ammunition, including but not limited to 7.62/.308 and 338LPM. It is capable of reducing the sound signature of these calibers while also providing the shooter with multiple configurations for length, weight and mounting options which meet or exceed the specifications of many other suppressors currently available. It is the embodiment of a Modular, Multi-Caliber, Multi-Purpose suppressor available at the reasonable MSRP of $1,187.00. 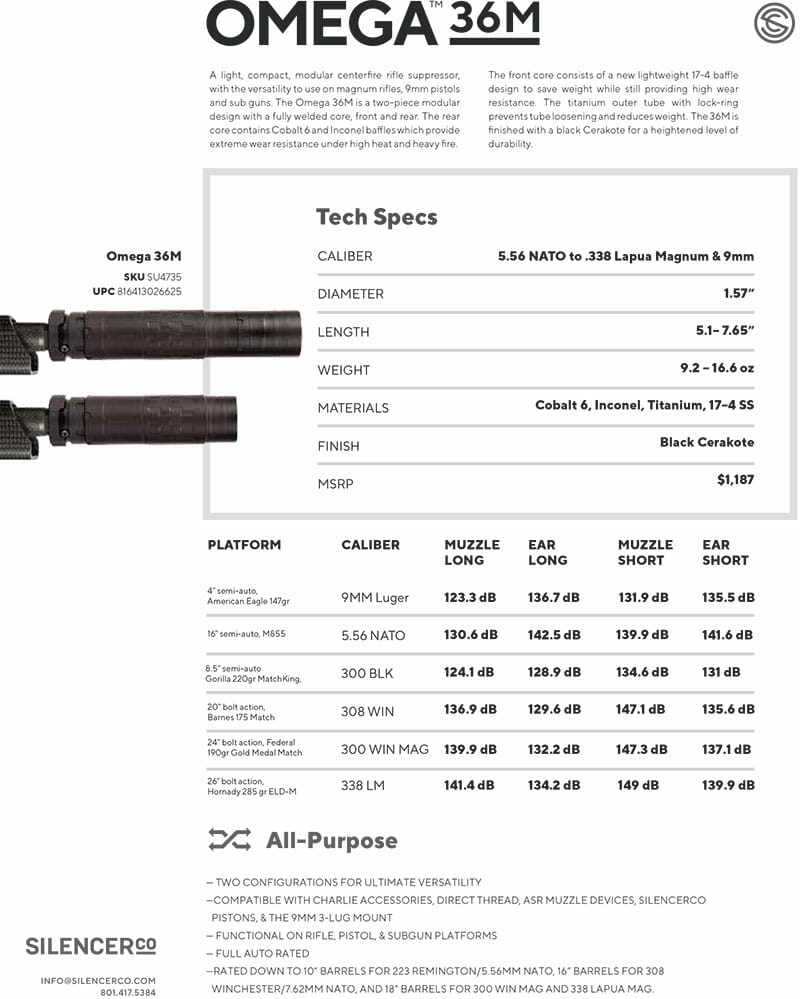 Check out our top picks for new hunting products! And get a look at all of the products featured in What’s Hot in Shooting & What’s Hot in Hunting SilencerCo Omega 36M The Omega 36M is a modular, multi-caliber and multi-platform compatible suppressor which provides superior sound suppression and versatility for new and existing suppressor customers. The...

The EZ Broadcast Feeder offers a varmint-proof design that is made to withstand the elements with its powder-coated metal construction. EZ to set up, EZ to relocate. The EZ Broadcast Feeder also solves your shipping problems! Because of its easy assembly features, it is able to be boxed & shipped economically. Specifications & Features: The...