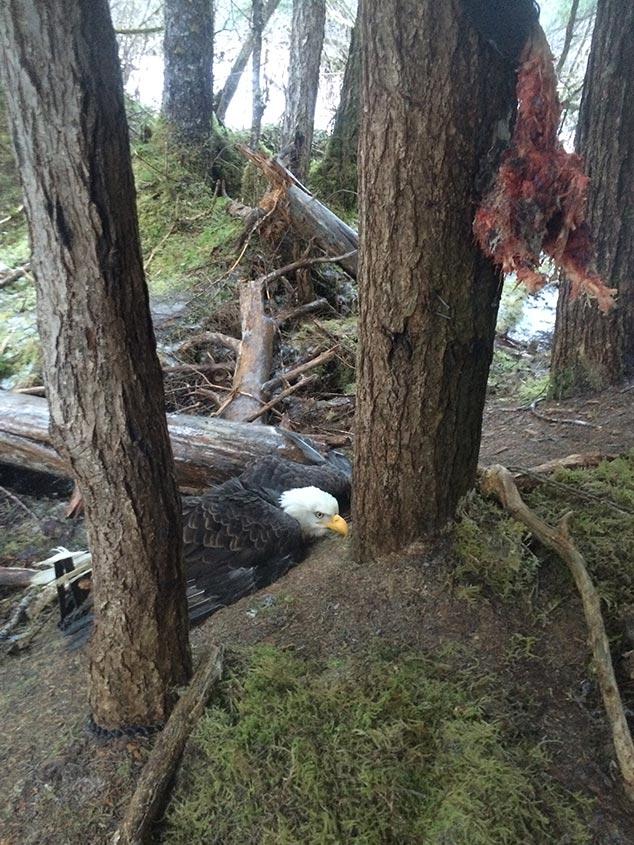 39-year-old Alaska resident Kathleen Adair was celebrating Christmas Eve with a day hike along the Davies Creek Trail in Juneau when she stumbled upon something shocking, a Bald Eagle caught in a bear trap. America’s bird was trapped and bleeding the the metal clamp as the sun began to set. Adair felt it would be cruel to make the bird wait for authorities to arrive when she could easily save it herself. In an interview with Juneau Empire, Adair said “I was two miles from the very end of the road, and I think it was about 1:30 in the afternoon. So by the time I hike back, it’d be dark, and by the time I drove back, an hour past dark. I knew they wouldn’t be able to get out there until the next day, and the eagle’s best chance was for me to try to take it out then.” 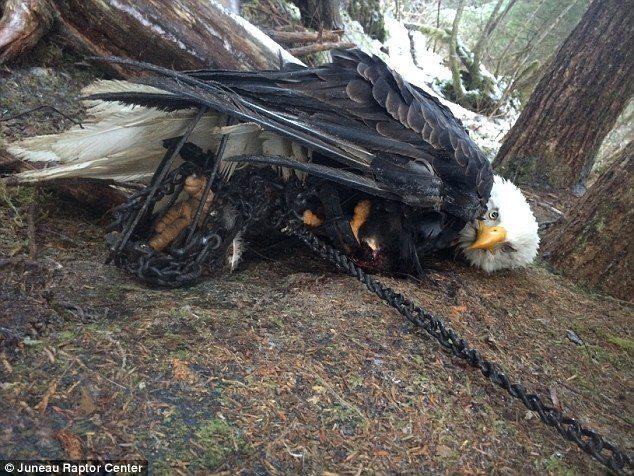 She took pictures of the bird and the trap to give to the authorities before covering the bird’s head with a towel and turning to the trap. It took nearly an hour for her to set the bird free, but once she look at its legs she knew she wasn’t finished. One leg was almost completely severed, so she bundled up the eagle in her backpack and hiked back to her car and drove directly to a veterinarian. Sadly, the eagle’s wounds were too severe and the vet was forced to euthanize it. They offered to send the photos to the Juneau Raptor Center as well as the U.S. Fish and Wildlife Service. 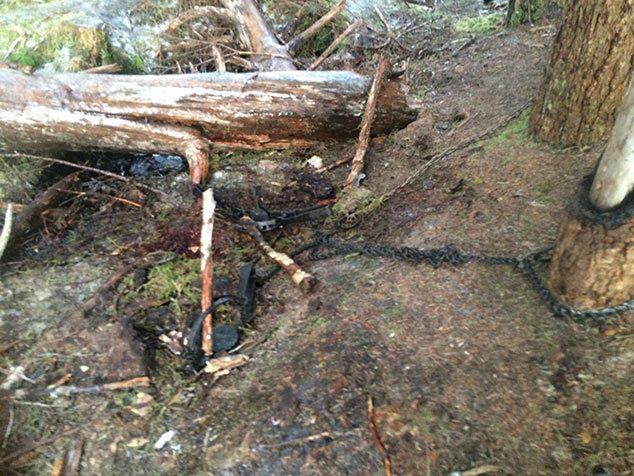 A few days later she was contacted by authorities… who promptly arrested her.

Adair commented on the ruling, “The whole thing’s been kind of ridiculous in a way to start with, so I wasn’t too surprised. This was definitely the outcome I was hoping for. I grew up hunting and fishing here, I’ve got several animal skins on my walls. I don’t personally trap, and I don’t choose to, I don’t want to, but I’m not going to stop someone else from doing it. I only object when the traps are on the trail where I think they are safety concerns.”

She hopes that the Davies Creek trail will soon be included in the many Alaskan trails that prohibit traps within a quarter mile. “The trap the eagle was in, if I had been in the trap myself I wouldn’t have been able to get out,” Adair said. “I had to bounce up and down on both feet to open it, so I feel like they are a hazard, and not just to dogs.”

One of the most important things you need to know about turkey hunting is how to differentiate a Jake from a Tom - HERE'S HOW: