Tiny hands cradling my chin, elbows propped up on the table as bare feet dangling from the chair unable to touch the floor — blonde wisps of hair framing big brown eyes that are fixated upon my father. My six-year-old self barely breathing watching silently as his strong hands were methodically sharpening the large blade of his Kabar against the whetstone. No words are spoken, just the sound of the blade against the stone — my father so focused. Patiently I sat, quietly anticipating my favorite part that would come when he finished. “I think she’s ready, are you? Let’s see if she’s sharp enough”. I trustingly stretched my small fragile arm across the table as he took the blade almost to my skin. Delicately the blade cut just a few blonde hairs on my arm, proving to me how fiercely sharp it had become. Welcome to the onset of my fascination with firearms and knives. 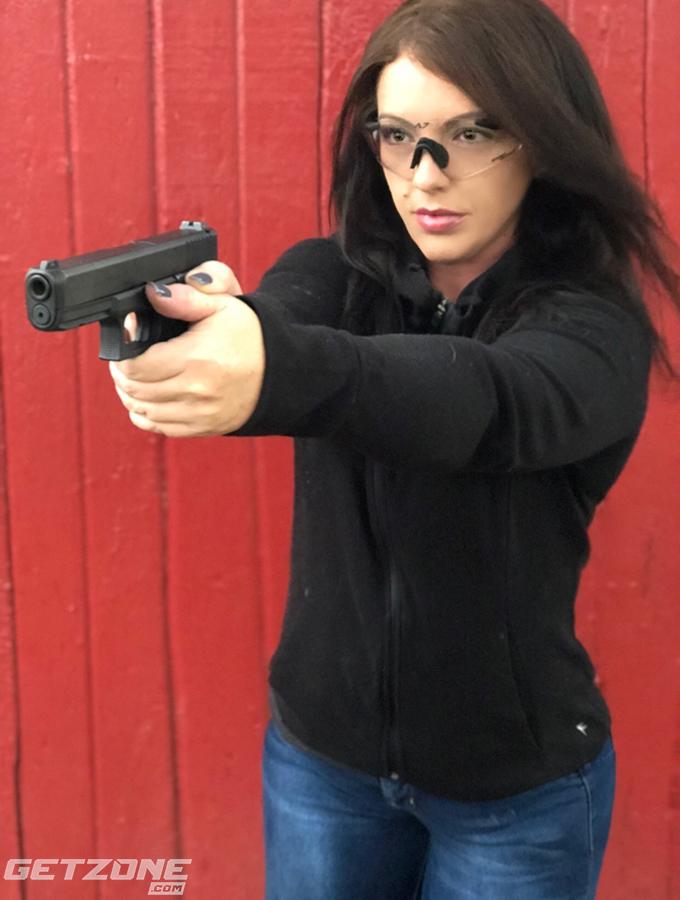 Growing up I was always on the heels of my father and brother. I was quite the tomboy, yet still very much a girl. It was never easy. Looking very much the part of a girl, I constantly had to prove myself. Being the only girl playing backyard football, I was tackled twice as hard. No tears, get up, keep going, and prove I could take what they dished out. Once I did… acceptance. 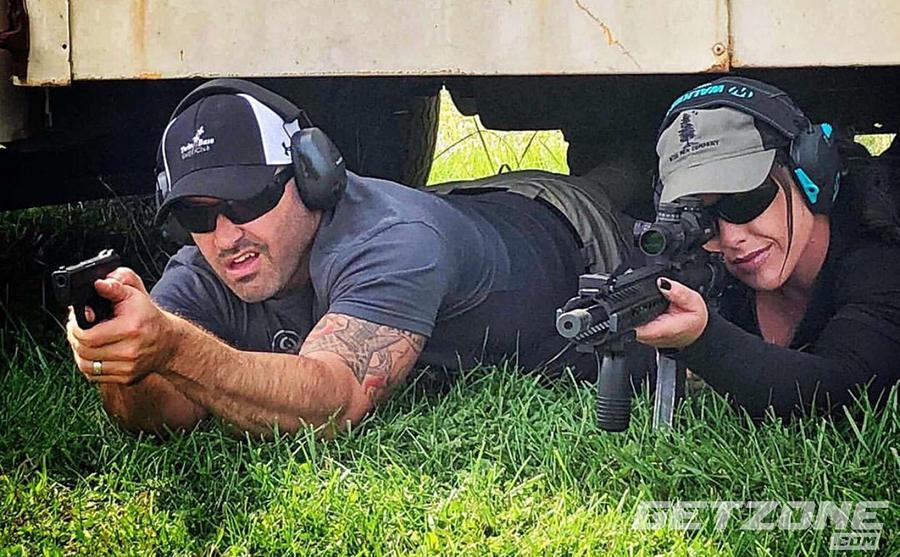 Watch videos of New Gear and Guns introduced for 2018!

This is true in the gun world today. There is a stigma when it comes to women. Women will slow men down, women want everything in pink, the list is endless. Does this make me angry? — Of course not. I believe a lot of the concern some men have is very warranted. I have seen many women show up at the range with a “bad ass” attitude only to find they become all shocked, shaken and offended by male behavior. As women, we can’t enter the man cave and demand them to change their ways. No, men don’t have the right to treat us however they’d like, but there is a healthy balance. We can’t have unrealistic expectations or be overly sensitive. 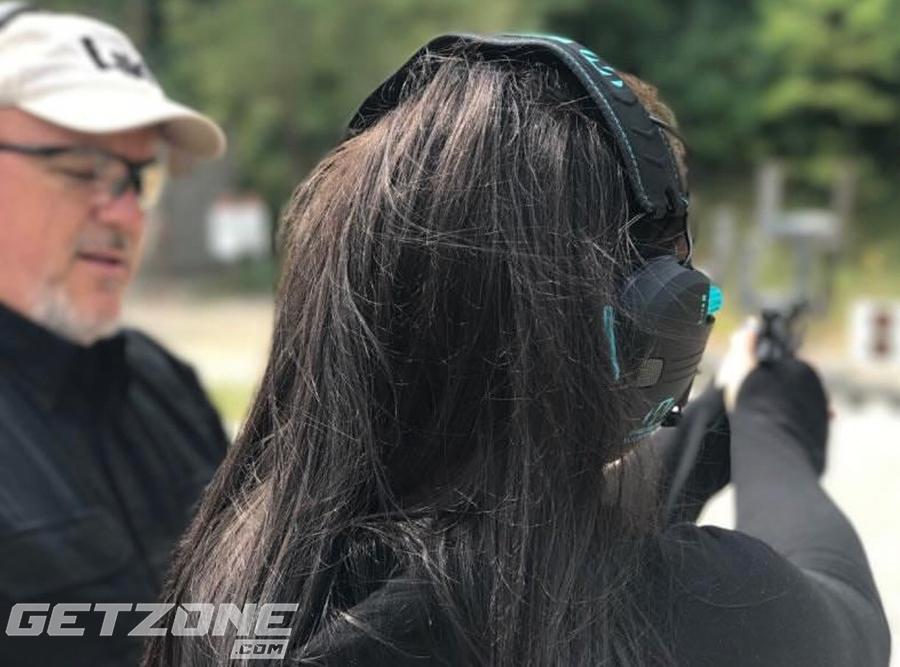 I’ve also experienced women that are totally un-teachable. “I don’t need a man telling me what to do, I know what I’m doing.” Yes, you are a woman and I hear you roar. However, I also hear the whining and complaining about your faulty gun instead of heeding some sound advice regarding your trigger press. I remember once on the range there were a few women who showed up wearing barely anything. The tiniest tank tops coupled with shorts that exposed the majority of their assets. These were beautiful women no doubt. They were literally clothed more in tactical gear than anything else. Within the first half hour, it was clear they lacked training. A few guys had offered some suggestions to which they quickly dismissed. At the end of an hour, one was in tears icing her cleavage due to a hot brass burn and the others were ranting about which men were gawking at them making them feel like gun bunnies. Ladies, it doesn’t quite work that way. You can’t present yourself in a tempting manner and then lose your mind when it draws attention. You don’t have to be covered head to toe, but like I said, there’s a healthy balance. 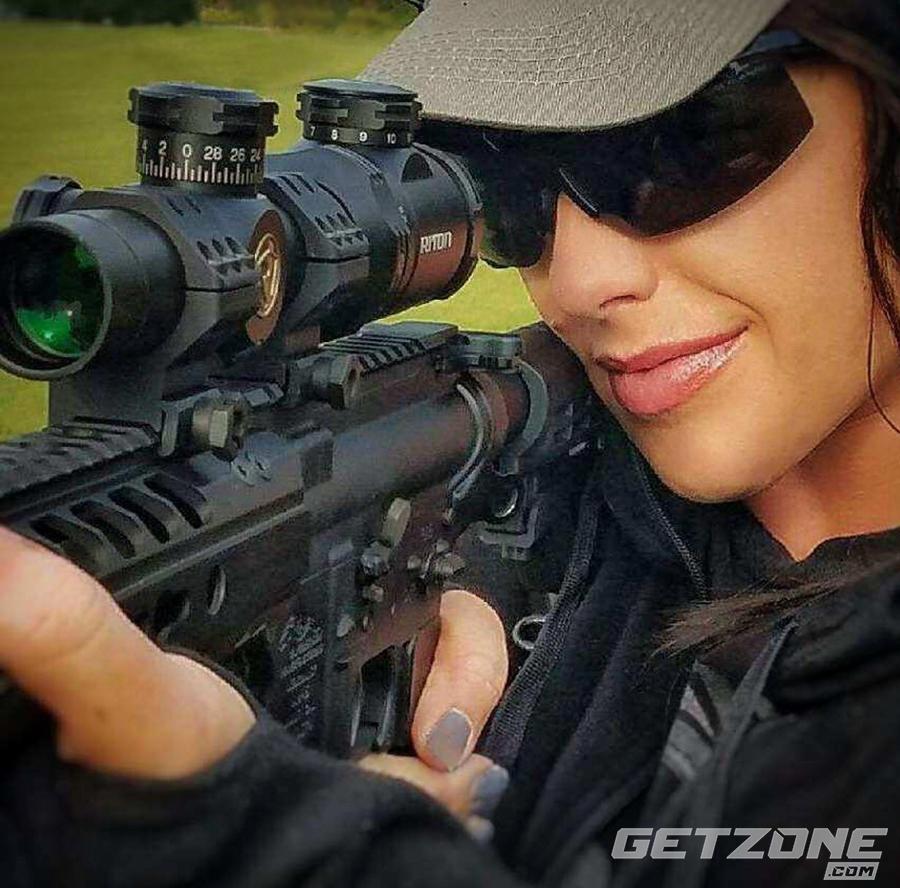 These women are killing it for the rest of us. I believe there is a place for women in the male-dominated arena of weapons. A skilled hand is not gender specific. My passion is to empower women to have the confidence to train and protect themselves. To be able to handle themselves in a predominately male environment, yet maintain their femininity. This is so important as the true meaning of being “feminine” is becoming lost due to the feminist movement. Empowerment doesn’t mean, “I can do anything a man can do”. The stark reality is, most of us cannot. True empowerment comes from gaining confidence when you understand and value what it truly means to be a woman. We are gifted in different ways than men. One is not greater or less, just different. When understood, each role in gender can actually enhance the other. We as women can’t infiltrate what has long since been a “man’s world” and command change to suit ourselves. We can’t be easily offended and expect everyone to be politically correct. We need to be able to hold our own, but not lose our feminine attributes. The number of females in the gun industry is rapidly growing. I believe if we are able to understand and embrace the meaning of what being a true woman is, then over time the stereotypes and stigmas will become a thing of the past. 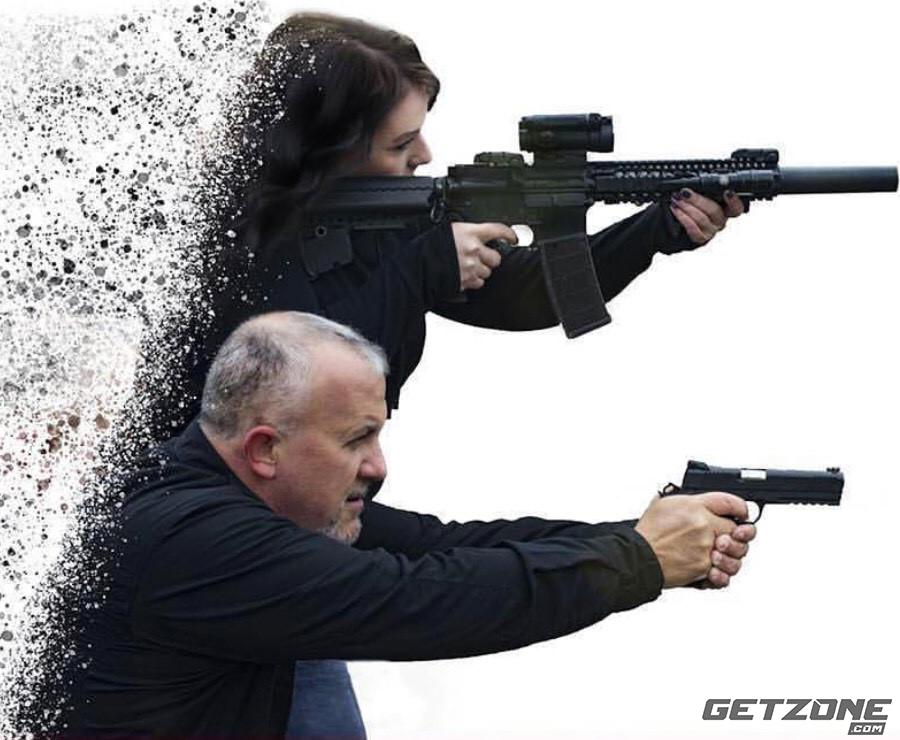 So how do we do this? How can we accomplish abolishing a mindset? Totally eliminating, I truly don’t think is possible. However, there are some proactive steps that can be taken to help combat this mentality from overtaking this industry. Speak up. Make your voice heard. If you have social media, use this as a platform. There is nothing wrong with making posts regarding your thoughts and encouraging women to rethink how they approach their training, or range days and the interaction they have with the men they encounter. Whether in social media or in the reality of life, present yourself the way you want to be seen. Also present yourself honestly. Be honest about your knowledge and skill level and have a teachable nature. You’d be surprised how far being genuine can get you. Become a mentor. There is a flurry of young girls beginning to enter the gun world, especially in competition shooting. Mentor them, encourage them, lead by example. We can literally help impact an upcoming generation. We can show them see that there is a better mindset to identify with, thus impacting the industry for years to come. There is a great quote by Jason Evert that is a wonderful daily reminder, “When a culture of ladies arises, a culture of gentlemen will follow”