A wildlife park or sanctuary gives animals the opportunity to roam and flourish, whereas, a zoo has cages and less space. Visitors to wildlife parks are able to view wildlife that is natural to that land. Watching wildlife in its natural habit is extraordinary. There are many parks people can visit across North America where wildlife is abundant. 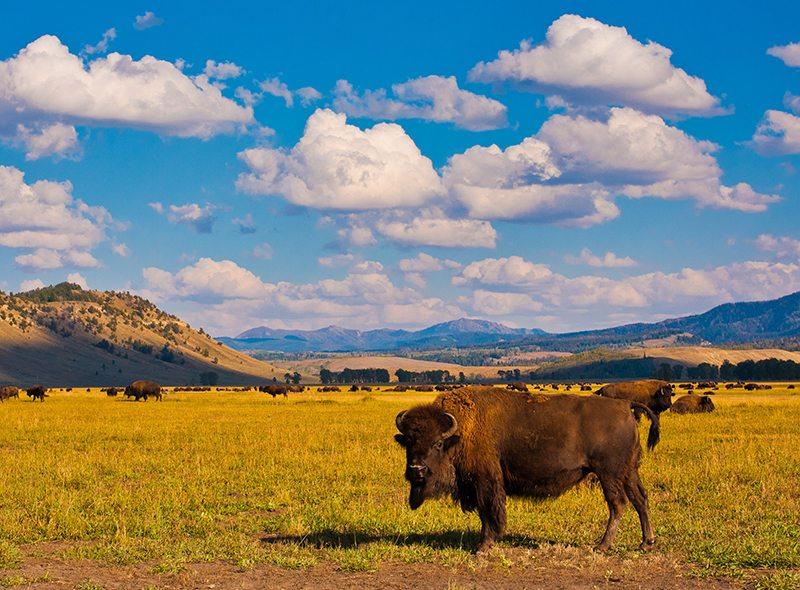 Yellowstone National Park is located in Wyoming and spreads into parts of Idaho and Montana, nearing 2.3 million-acres of wilderness. The park is home to hundreds of animal species and has the largest concentration of large and small mammals. Many visitors want to see bears, buffalo, moose, elk, bison, wolves, otters, and of course the newborn babies. The best time to see new baby animals is during the spring between April and early June. If you plan on visiting a national park, you can’t go wrong with Yellowstone. 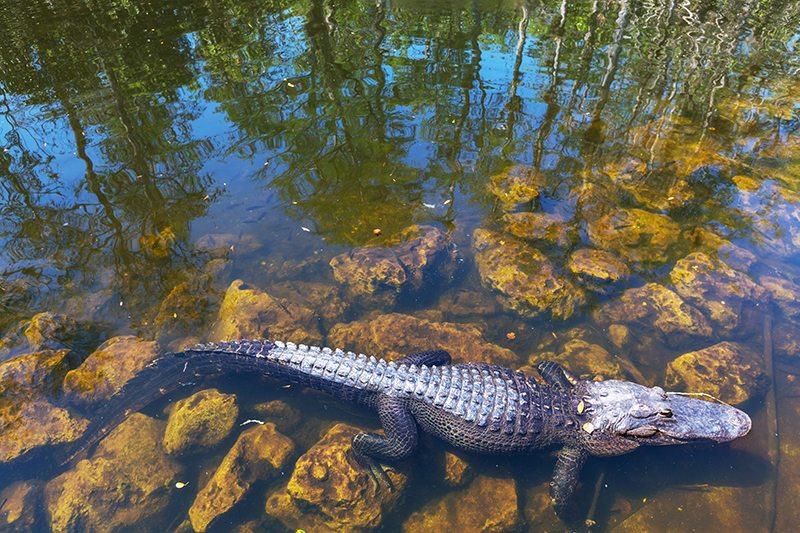 Everglades National Park is located in Florida, encompassing 1.5 million-acres of tropical and subtropical habitats. The park is home to numerous animals species with a diverse ecosystem. People visit the Everglades to see rare and endangered species including crocodiles, manatees, alligators, Florida panthers, and over 350 bird species. The best time to see wildlife is during the Everglades’ dry season (December – April). 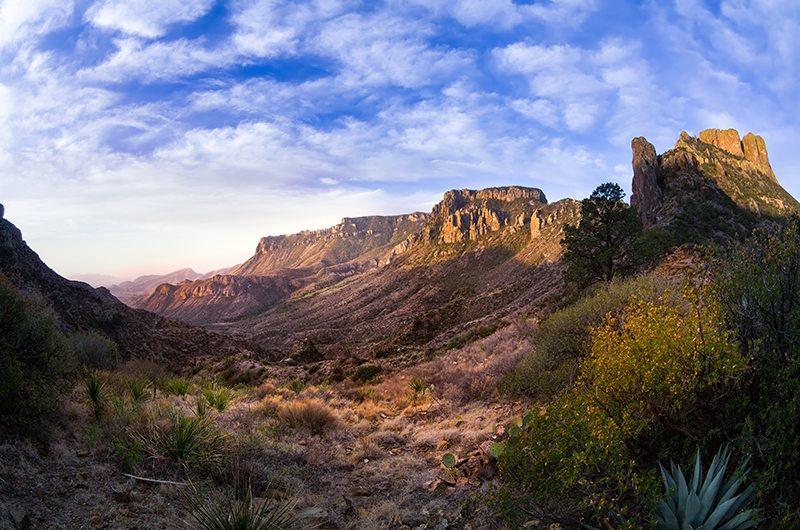 Big Bend National Park is located in Texas at the northern end of the Chihuahuan desert and represents the largest protected portion of the Chihuahuan desert in the United States. The nearly one million-acre park is home to 450 species of birds, 75 species of mammals, 56 species of reptiles, and 11 species of amphibians. Visitors can hope to see a variety of wildlife species from bears to javelinas, jackrabbits to Lucifer hummingbirds to beavers and more. Wildlife can be seen throughout the day in the park. 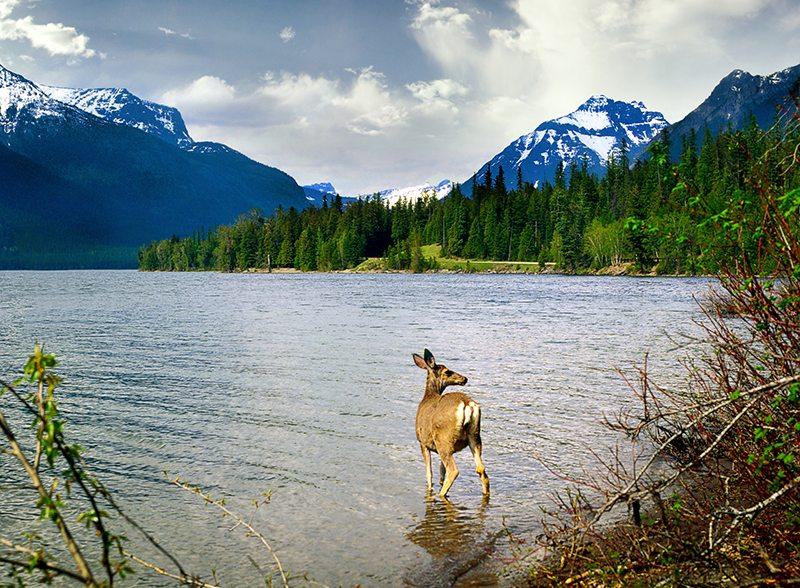 Glacier National Park is located in Montana’s Rocky Mountains. The 1 million-acre park is home to more than 70 mammal species, 270 bird species, and more. Native Americans know the park as the “Backbone of the World.” Visitors can hope to see bears, wolves, lynx, mountain lions, moose, bighorn sheep, marmots, golden eagles, mountain goats, wolverines and much more. The best time to see wildlife in the park is during the early morning and late in the evening when temperatures are cooler. 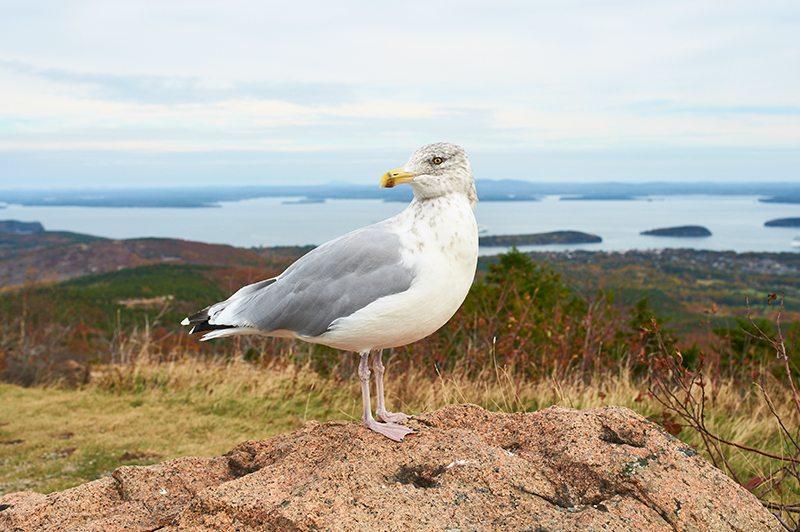 Acadia National Park is located in Maine, and is the oldest national park east of the Mississippi River. The 47,000-acre park is home to a variety of ecosystems, which means it’s home to a countless number of animal species. Visitors can hope to see deer, beavers, porcupines, fox, minks, muskrats, snakes, turtles, fish, shrews, flying squirrels, river otters, and a variety of bird species. Like most, the best time to see Acadia’s wildlife is during the morning. 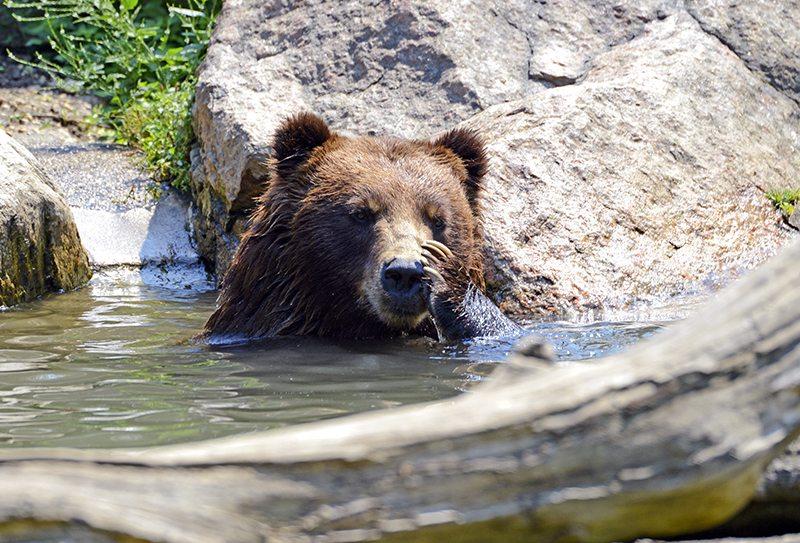 Yosemite National Park is located in northern California. The 748,036-acre park is known for its waterfalls but is home to over 400 animal species. Visitors typically see bobcats, foxes, Gilbert’s skink, bats, mule deer, bears, lizards, white-headed woodpecker and a variety of other birds. The best time to see wildlife is during the early mornings. Even if you don’t have any wildlife sightings, the beauty of the park is breathtaking. 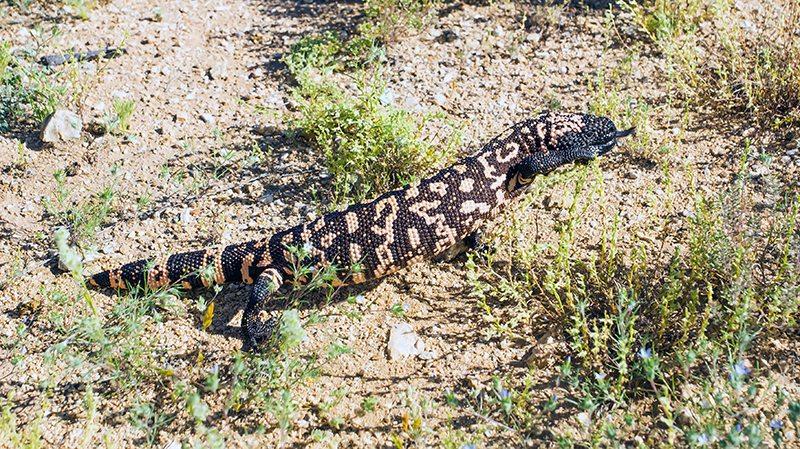 Saguaro National Park is located in Arizona. The 91,327-acre park is separated into the Western Tucson Mountain District and the Eastern Rincon Mountain District. The park is home to a variety of unusual animals and the nation’s largest cacti. Visitors might see roadrunners, horned lizards, coati, Gila monsters, kangaroo rats, collared peccaries and more. Due to the desert’s high daytime temperatures, the best time to see wildlife is at night. 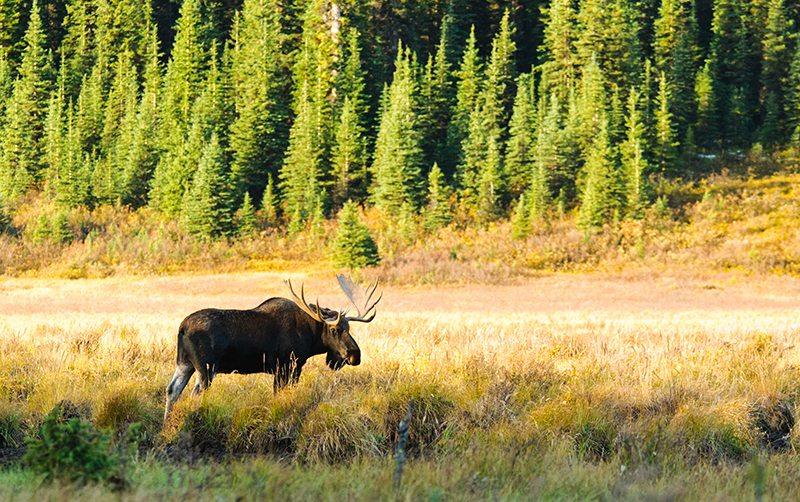 Denali National Park and Wildlife Preserve was created in 1917 to protect wildlife living in the Alaska Range. The 6 million-acres park is home to countless animal species and the nation’s highest peak, Mount McKinley. The animals most park visitors see are moose, caribou, bears, wolves, sheep, small land animals and several species of birds. The best time to see wildlife is in the early mornings.

Did you know antlers are the fastest growing mammal bone? Antlers are a fascinating part of nature. They’ve been used by people to make tools, weapons, toys, and ornaments throughout history. Antlers are grown annually by male deer in the cervidae family (moose, elk, reindeer, and more). Antler has been used for thousands of years...

Like any sporting professionals, archers have their own quirks and superstitions which they’ll tell you make all the difference between a bullseye and a balk. While not all techniques will work for everyone, most archery aficionados agree that there are a handful of blunders most amateur archers make which keep them off their target. We gathered...

A wildlife park or sanctuary gives animals the opportunity to roam and flourish, whereas, a zoo has cages and less space. Visitors to wildlife parks are able to view wildlife that is natural to that land. Watching wildlife in its natural habit is extraordinary. There are many parks people can visit across North America where...

Hunting is a sport, it’s a great way to get outdoors, it can be a bonding experience for a parent and child, but it’s also a way to put meat on the table. This historically has arguably been the most important result from the hunt. It provided humans the very sustenance and the nutrition they...